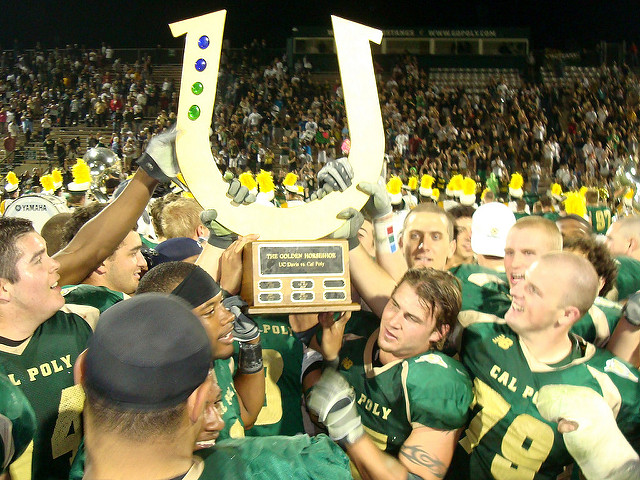 Here is the College Sports Journal’s Big Sky Conference Power Rankings for the week of 10/18/2016. (Last week’s ranking in parenthesis.

The Eagles got a bye and now get likely the worst team in the league this week.

With wins over Cal Poly and SUU, the Fighting Hawks have the best set of victories from the early conference season.

This Week: vs. UC Davis

Montana has looked impressive beating up on two lesser quality opponents the past two weeks but the road trip this week to Flagstaff will see if this is a team that might be one to contend with in the playoffs.

The Wildcats don’t have a signature victory really yet but have a chance this week against last year’s champs and in-state rival SUU.

This Week: vs. Weber State

I thought I’d drop the T-Birds further, but it looks like they are clearly on the line between the contenders and everyone else. SUU could pull the Wildcats onto the line with it with a win this weekend.

This Week: vs. Montana

Last week was what we were supposed to see all year long with this Lumberjack offense. We will see if it was just the quality of opponent or if the offense has really awaken this week against the Grizzlies.

This Week: vs. Sacramento State

The Bears have come back to earth after starting 3-1 overall on the season. Two straight losses have UNC looking for answers. Luckily, they get Sacramento State this week.

Coach Bruce Barnum’s team is not having the luck it had last year. This week, a much needed bye is in order to see if he can right the ship.

UC Davis won its first Division I game this year. The Aggies previously had a win over NAIA Southern Oregon. The Battle for the Golden Horseshoe in San Luis Obispo will be tough for the Aggies to win—something they last won in 2014.

This Week: vs. North Dakota

The Bengals go from the fireplace to the furnace this week. The Fighting Hawks are looking for revenge from an ISU loss last year that likely kept UND out of the playoffs.

The Hornets still can claim a Big Sky win over Montana State. Can Sacramento State get one on the road in Greeley this week?

The Bobcats might be getting closer to pulling out a victory but so far they are still winless in conference play to keep them at the BSC cellar. The game with EWU might get ugly early.