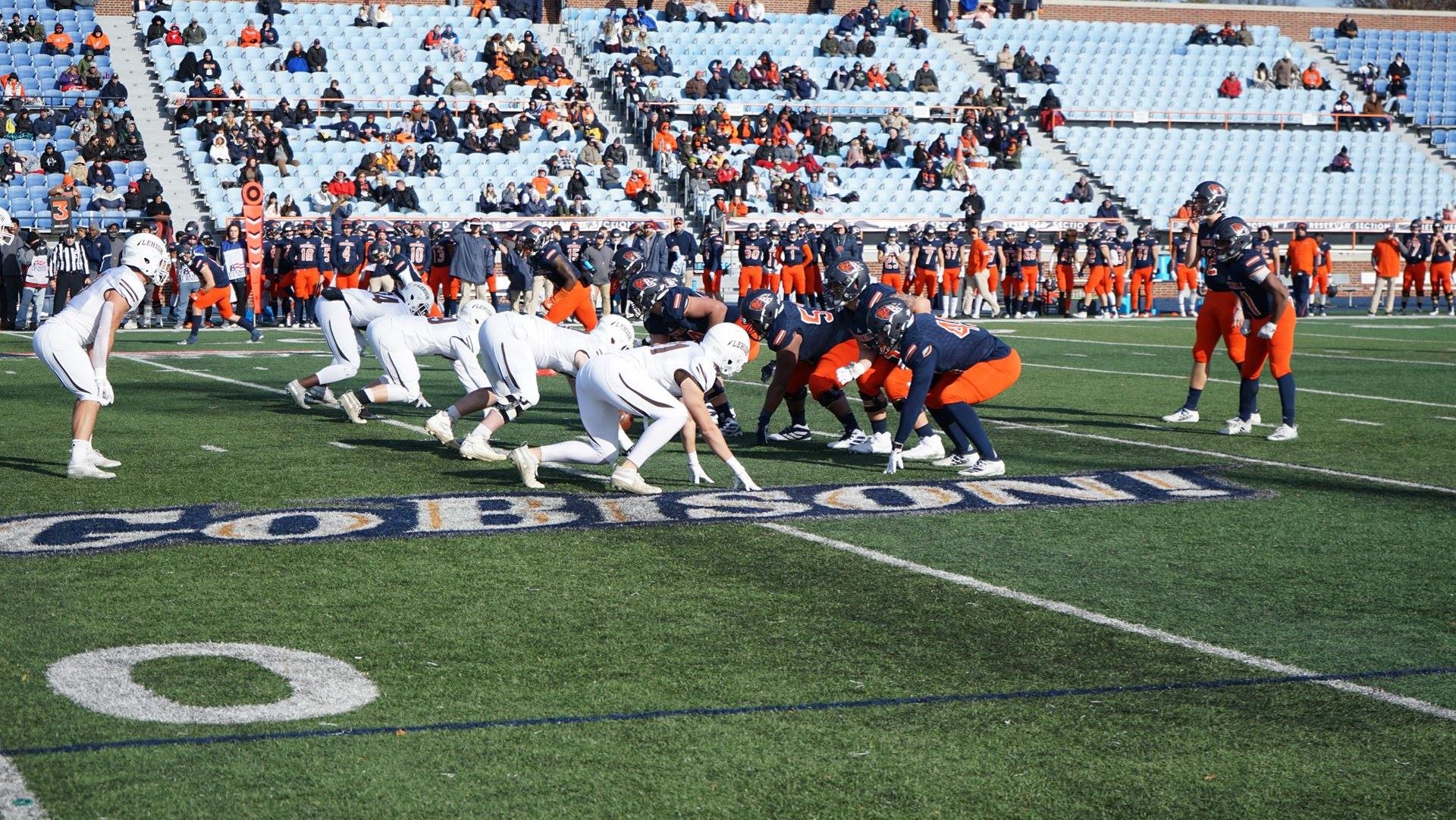 The Bison held the Mountain Hawks to -6 rushing yards, and six different Bison posted a sack, with LB Simeon Page registering two for a loss of 14 yards to go along with his six solo tackles and three quarterback hurries. The Bison’s smothering defensive performance is what ultimately drove Bucknell (2-7, 2-2) to a 20-10 victory over Lehigh (4-5, 3-2).

The numbers were staggering.

Aside from the -6 rushing yards in the game, in the first half the Mountain Hawks were held to 66 yards total – all through the air – and only made it into Bucknell territory thanks to an interception by LB Riley O’Neil to the Bucknell 35, with an unsportsmanlike conduct conduct tacked to the end of the play. The offense took over and could only gain four yards, leading to a 38 yard FG by PK Austin Henning to cut the deficit to 10-3.

“We couldn’t move the ball. We couldn’t protect the quarterback. We couldn’t run the ball,” Lehigh head coach Tom Gilmore said. “Defensively, Bucknell hurt us with the play-action pass. We couldn’t get pressure on the quarterback. They completed a couple of big plays off double moves. It was an overall poor performance by us as a program – coaches and players alike.”

Bucknell would score two touchdowns in the game, one in each half. Both came from beautiful pass plays from QB Logan Bitikofer – one to WR Stephone Moore-Green, his first career touchdown, and another a highlight-reel catch to WR John McGuire to make the game 17-3 late in the 3rd quarter.

“The bottom line is, when our guys needed to make a play, they made the play time and time again,” Cecchini said. “That made the difference. Hopefully, this win will help us gain a little bit of confidence so we can be able to make plays over the last two weeks of the season.”

Bucknell’s constant pressure completely bottled up Lehigh’s run game and resulted in 11 tackles for loss. The Bison also knocked out Lehigh QB Tyler Monaco and backup QB Addison Shoup, meaning Gilmore fielded third-string QB Alec Beesmer in the final period. He did get something going, tossing a 2 yard touchdown pass to WR Dev Bibbens to try to jump-start a rally, but it did not.

We obviously have a lot of improvements to make,” Gilmore said. “The last two weeks are the first time this season that we haven’t really improved from the week before. That’s hard for me to stomach. We’re still doing some good things, but we have to come out and play better, earlier in games. We started slowly both this week and last week and we haven’t been able to catch up.”