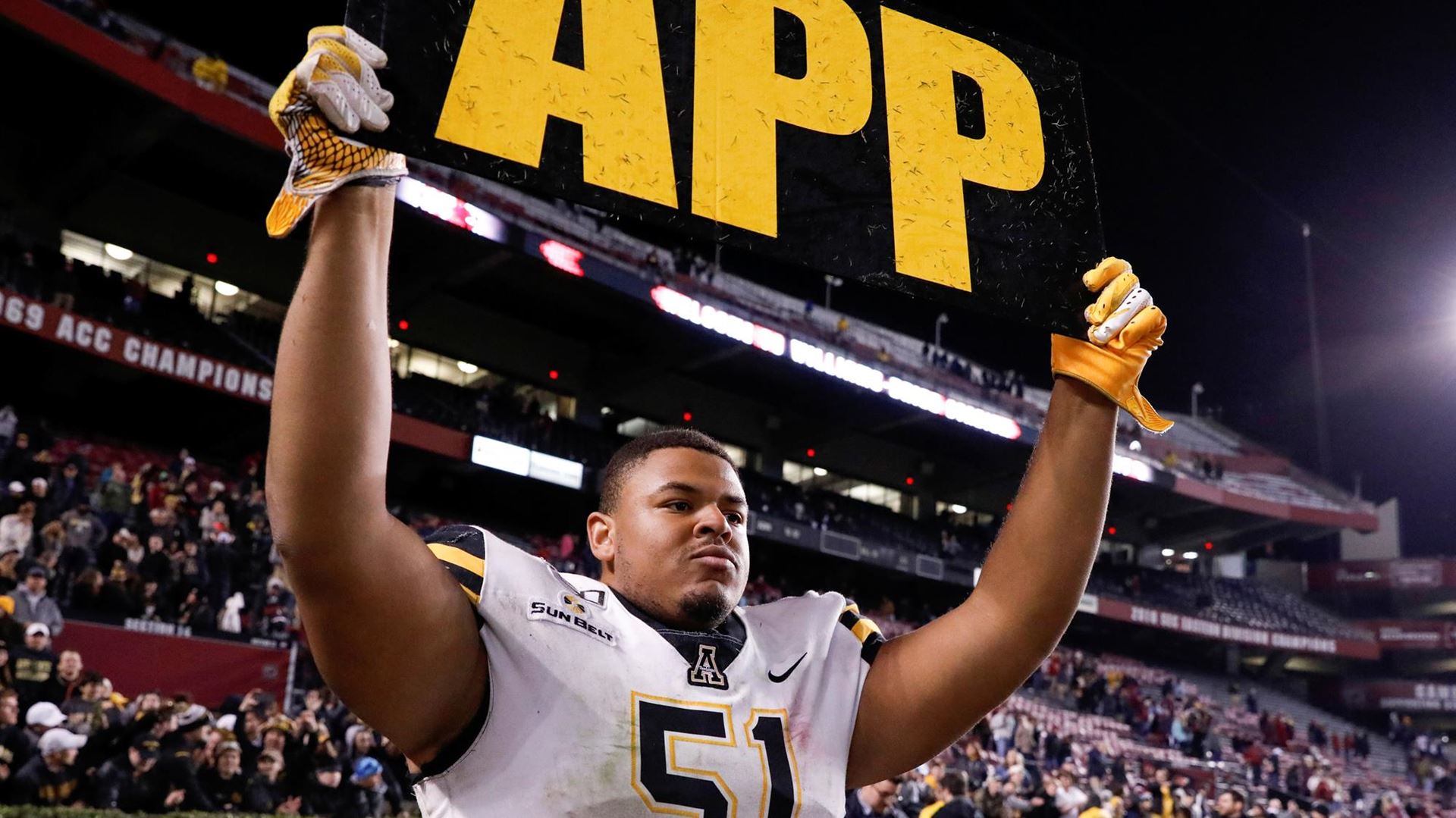 Wow, what a Week 11 we had in the Group of Five. Two late season Power 5 wins over the Southeastern Conference highlighted the week with Appalachian State hanging on to knock off South Carolina and Western Kentucky blowing out Arkansas.

With the win, Appalachian State likely move itself again into the conversation for a Top 25 Football Playoff Committee Top 25 ranking. The Mountaineers rebounded with the big win 20-15 after falling at home last week to Sun Belt rival Georgia Southern. App State, however, had to use a defensive stand at the end to pull off this win. The Mountaineers have now defeated two Power Five teams this year after earlier defeating North Carolina. This is the first time in the history of the Sun Belt Conference team has beat two P5 teams in the same year.

Western Kentucky was led by former Arkansas QB Ty Storey, who transferred to WKU after being beat out last year for the Razorbacks. Storey and the Hilltoppers won 45-19 and did not punt the ball until the third quarter. Storey went 22 for 32 for 213 yards with a touchdown and he added two more scores on the ground in the rout. Storey led scoring drives of 42, 75, 59, 73 and 68 yards in the first half alone.

Within the current Group of Five Playoff Top 25, three of the five teams ranked were all winners but in two of the three, the victors had tough games. The other two had byes this week.

The most competitive game was Boise State winning at home in overtime over Wyoming. Boise State tied the game late in the fourth on a 5-yard run by RB Khalil Shakir. The Broncos took the lead in the first frame of overtime on a field goal by PK Eric Sachse. Wyoming PK Cooper Rothe missed a 37-yard field goal wide right in their overtime frame, allowing the Broncos to stay in the mix for the Cotton Bowl bid (this year’s New Year’s Six Bowl game).

SMU also survived a home test against a conference opponent but not without a fight. The Mustangs opponent of ECU went punch-for-punch with them in a 59-51 win that was not settled until SMU was able to convert a 4th down play late in the game to run out the clock. SMU rebounded from its first loss last week to Memphis and with the win they stayed in the running for the American Athletic Conference West Division title. To earn a spot in the AAC title game, SMU will need to win out and hope Memphis loses one of its final three games.

The third team in the Top 25 rankings and the current top ranked amongst the G5 squads had a much easier time with Cincinnati blowing out Connecticut. Running backs Michael Warren and Gerrid Doaks combined for three touchdowns and quarterback Desmond Ridder connected with tight end Josiah Deguara on two scoring passes to send UC into halftime with a 38-0 lead. The final would be 48-3 in the Bearcats favor.

Below are the standings for all the Group of Five leagues.

Below are my Top 5 games with video highlights with a detailed game recap in the score link.