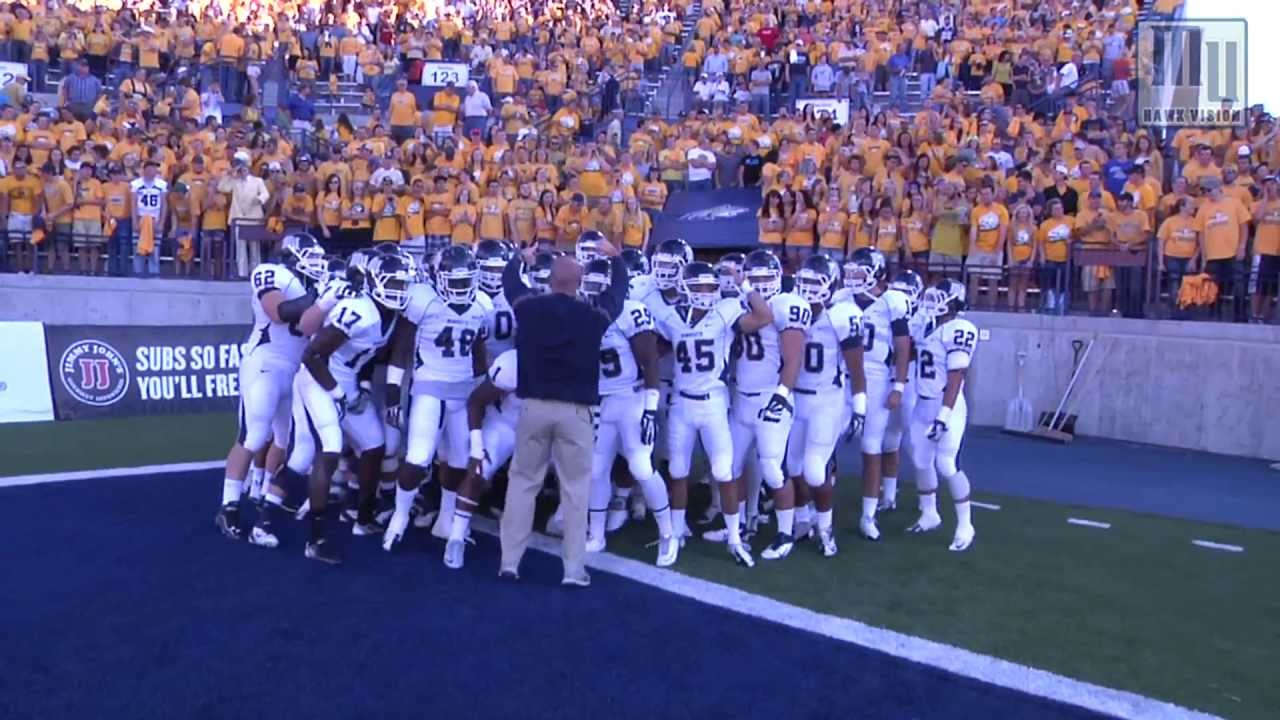 Conference play is still a couple of weeks away, but the teams of the Big South take on some interesting challenges out-of-conference this week, including an FBS game, a trip to an iconic FCS football stadium, and a game against a Missouri Valley opponent.

This game will get ugly fast. Eastern Kentucky 43, Presbyterian 16

I know Missouri State plays in the brutal Missouri Valley Football Conference, but next time they schedule a home opener, perhaps scheduling the No. 6 team in the nation might be considered… unwise. Kennesaw State 38, Missouri State 6

Though it’s not the program’s first-ever trip to Montana, the Hawks travel to the unfriendly Grizzly confines of Missoula to face off against Montana in front of 21,000 mostly rabid fans of the home team. This could be a bit of a trap for Montana if they’re not taking the Hawks seriously, especially star RB Peter Guerriero, but the Grizzlies should pull away in the 4th quarter. Montana 34, Monmoth 21

The “gun triple-option” of Davidson goes on the road for the first time this season, as Davidson heads to Campbell in what could be an under-the-radar entertaining game. It feels like the last team with the ball might be the one that survives. Davidson 44, Campbell 41

The Pirates followed up their stunning double-digit loss to D-II Virginia Union with an equally stunning 41-21 win over Howard last week in the Chicago Football Classic. That inconsistency could mean a variety of outcomes against Liberty, who did seem to finally get on track somewhat after a win over a Buffalo. QB Deondre Francois should cause Liberty fits, but it might not be enough to pull off the upset all of FCS Nation is hoping for. Liberty 35, Hampton 31

The Citadel needs to avoid a letdown after their big win against Georgia Tech. Brandon Rainey’s ankle is question, but the Bulldogs should roll to a win. The Citadel 27, Charleston Southern 10

If Wofford doesn’t get off the mat this week against an inferior opponent, this season will be completely lost. Thankfully for the Terrier faithful, they’ll pick up the win this week. Wofford 34, Gardner-Webb 22