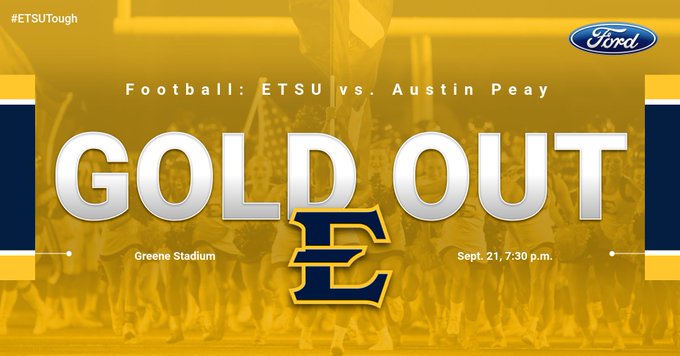 The Ohio Valley picked up the signature FCS win this year when they stormed back with 21 fourth quarter points to beat Eastern Washington. The Gamecocks were led by Zerrick Cooper and Marlon Bridges. Eastern Kentucky had a chance to put a solid win on its resume, but wound up losing to Indiana State. Most of the rest of the league played and lost to FCS competition.

Austin Peay felt like they were snubbed out of a playoff berth in 2017. This year, the Governors are hoping to put together a better resume than they had in 2017 and get themselves into the playoffs. So far they are heading in the right direction in their non-conference schedule. After beating NC Central, the Govs looked like they were on the way to 2-0. However Central Arkansas clipped them late in the fourth quarter. During that game, quarterback Jeremiah Oatsvall went down with an injury. Austin Peay bounced back last week to beat Mercer behind excellent QB play from JaVaughn Craig. This week brings one last non-conference opportunities for the Governors to build their resume.

Key Player: Even with the shuffle of the quarterbacks, the Austin Peay running attack has been pretty good. That attack is led by senior RB Kentel Williams. While he only ran for 68 yards against Mercer, he did find the end zone twice. The Governors will continue to lean on Williams to lead the offense throughout the rest of the season.

East Tennessee State cant be happy with their early 1-2 record. They are coming off of a loss against a VMI team that won only one game a year ago. How bad that loss winds up looking at the end of the year will depend on if VMI pulled a one-time upset or if they are actually an improved team. Unfortunately for the Buccaneers, there is no more room for error if they are going to compete for a playoff spot this season.

Key Player: Much like the rest of the team, RB Quay Holmes has not quite gotten off to the start he would have liked in 2019. While his yardage numbers on the ground are fairly comparable to his freshman year, Holmes has yet to find the end zone or be a factor in the passing game out of the backfield. For the Buccaneers to be successful, Holmes will need to step his game up the rest of the way.

Fearless Prediction: In what is sure to be a big game for both teams, the Governors look like a little bit more of a sure thing this week than the Buccaneers. Austin Peay 27, East Tennessee State 23

The Colonels should take care of business fairly easy on the road this week. Eastern Kentucky 41, Presbyterian 13

After three tough opponents to start the season, the Redhawks play a Division II team that they should easily roll over. Southeast Missouri State 52, West Virginia State 10

Tennessee State is playing its third SWAC opponent of the season. They split the first two matchups, but an improved UAPB team will get by them this week. Arkansas-Pine Bluff 21, Tennessee State 19

In their fourth game, Murray State finally meets an FCS opponent. Neither of these teams will be in the playoff field. The Racers get the win. Murray State 22, Morehead State 17