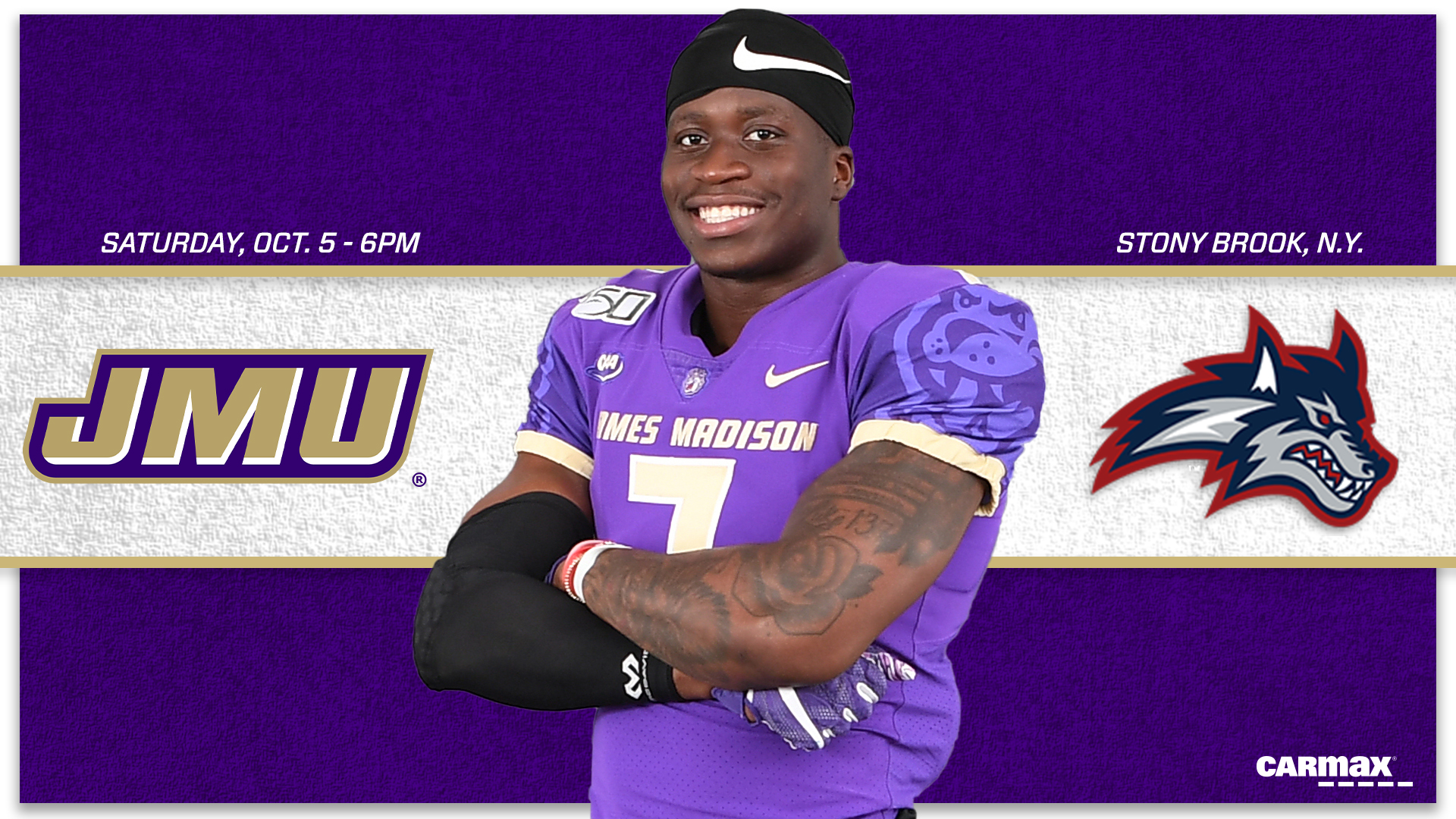 Villanova and James Madison appear to be on a collision course for an epic showdown next weekend after both posted impressive victories over ranked teams last weekend. The winner of that game on 10/12 will be in the CAA driver’s seat. But neither can get too far ahead of themselves since both of them have tough games this week. As for the CAA crown, Towson, Stony Brook and Delaware still feel like they will have plenty to say about that.

James Madison finishing up a stretch of three straight road games this week. The Dukes put together their most complete game so far in a dominant victory over Elon last week. JMU out rushed the Phoenix 336 to 33. On the season, the Dukes run for an average of 256 and only allow an average of 62, a more than four to one ratio. JMU is dominant in the trenches, but they are also getting good, efficient play from Ben DiNucci who has quietly completed 72% of his passes with 7 TDs and only one interception.

Key Player: If James Madison watched any film of Stony Brook, they know they have to contain QB Tyquell Fields. Just last week, Fields helped the Seawolves snatch victory from the jaws of defeat with a 50 yard game winning scamper with 10 seconds left. To counter, the Dukes will need LB Dimitri Holloway to help contain the speedy signal called. Holloway should be up to the task. He already has 40 tackles on the season after picking up 146 last season. Holloway has always played big in the big games as evidenced by his performances against Sam Houston State (2TFL, Safety) and North Dakota State (16 tackles) in the Dukes run to the 2016 National Championship/

Most pundits thought this may be a down year for Stony Brook after they graduated so many key players off of their first offensive unit last year. While Stony Brook hasn’t played the toughest competition, they still enter the week 4-1. Coach Chuck Piore and his staff have done a great job of having this team prepared every week. The defense is strong as usual and looks a lot like the defense they will play against this weekend in James Madison. The Seawolves look to control the line of scrimmage as well, averaging 264 yards rushing while only giving up an average of 89.

Key Player: After graduating two of the best running backs in the school’s history, Donald Liotine and Jordan Gowins, it seemed the Seawolves would have a tough time replacing them. A new duo has emerged for Stony Brook in the backfield, Isaiah White and Seba Nekhet. White leads the team with 460 yards and five touchdowns while Nekhet has added 400 and two touchdowns. Both will need to be effective if the Seawolves hope to knock off James Madison

Fearless Prediction: Both teams feature similar philosophy where they want to control tempo. The last few games have been tight between these two. Take James Madison, the team with more overall talent. James Madison 31, Stony Brook 10

Rhode Island is probably the best 0-4 team you’ll see. This week they get the result in the 104th edition of Rhode Island’s “Governor’s Cup”. Rhode Island 27, Brown 16

Albany has shown quite a bit of fight early in the year while Richmond doesn’t seem to show much of anything. Look for the Great Danes to pick up the win. Albany 24, Richmond 19

This game figures to be a defensive battle. Elon has the tools on offense to score late when needed and that will be the difference in the game. Elon 17, New Hampshire 14.

Villanova cant, and won’t, get caught looking ahead to their showdown with James Madison next week. The Tribe is an improved squad, but Villanova should win this one easily. Villanova 30, William & Mary 13