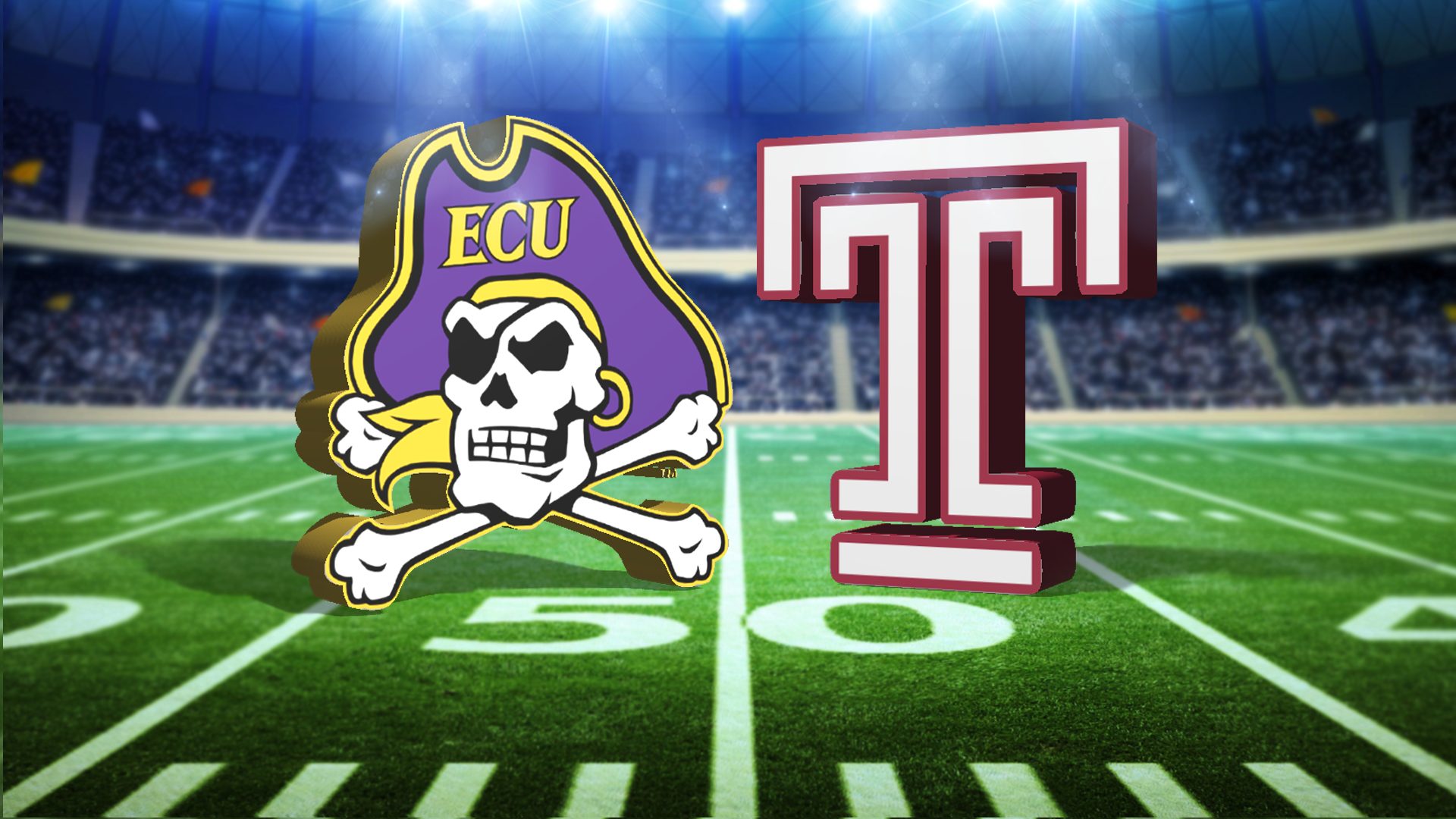 Two Group of Five games highlight this Thursday with two of the four teams really needing a win to get on the right track towards a bowl bid. The first game of the night is Georgia Southern at South Alabama in a Sun Belt Conference cross-divisional contest. The second game starts a half hour later is an American Athletic Conference with one of the front runners so far in the East Division traveling to fellow divisional opponent East Carolina.

Both Georgia Southern and South Alabama started their conference season’s last week with losses and both sit with just a single victory overall. East Carolina and Temple both sit with three wins overall and look to boolster towards their bowl bid hopes.

Georgia Southern was unable to open conference play with a win as they were defeated at home by Louisiana last week 37-24. The Eagles were right in the game for three quarters, actually leading by a field goal heading into the final frame but could only muster a field goal in the fourth quarter while giving up three touchdowns. The Eagles were outgained 440-252 in the contest.

The Eagles lone win this season came at home against FCS Maine and have two Power Five losses with a blowout loss to the SEC’s Louisiana State but gave Big 10’s Minnesota quite the scare but fell in the final minutes.

The Eagles continue to run their traditional triple option offense but ranks just 41st overall in the FBS with 201.8 yards per contest. GSU ranks just115th in scoring defense by allowing 36.2 points per game.

Georgia Southern is coming off a 2018 season that saw 10-wins so it has been a disappointment so far this year.

Key Player: QBs Shai Werts and Justin Tomlin have split time under center so far this year. The key for whomever is taking the snaps really is to get their running backs involved in the option game. Werts and Tomlin have so far kept their option first and have been too predictable for the option game really to work the way it should. Tomlin is 12 of 26 passing for 162 yards with no touchdowns or interceptions. He is second on the team with 193 rushing yards plus two scores. Werts is seven of 15 passing for 37 yards with no touchdowns or picks and has 86 rushing yards on the year.

South Alabama dropped their third straight game as they were unable to slow UL Monroe in a 30-17 loss. South Alabama was within 17-10 after three quarters but was worn down in the fourth quarter to the 13 point loss. The Jaguars were outgained 428-377 in the game.

USA has losses also to Nebraska, Memphis and UAB and in all of these losses, the Jaguars defense has allowed over 30 points.

The lone win for South Alabama (like Georgia Southern) came against an FCS team–against Jackson State.

The Jaguars have lost five straight to the Eagles, including a 48-13 blowout in Statesboro last year.

Key Player: RB Tra Minter leads the team with 54 carries for 432 yards and two scores. He has been one bright point so far this season for the Jaguars offense and he will need to come up big in this game to keep the Jaguars close. Keeping time of possession will be key to the Jaguars pulling this game out and Minter’s running will be the key to that happening.

The Owls bounced back last week with a convincing win over the ACC’s Georgia Tech at home 24-2. Temple lost the week before to the MAC’s Buffalo 38-22 where the Owls gave up four turnovers in helping lead to the blowout loss.

Temple not only has the Georgia Tech win but also has a win over the Big 10’s Maryland on its resume so it has two Power 5 wins. This makes the Buffalo loss all that more suprising.

Temple’s defense has been among the best in the entire FBS so far this season. The Owls rank 19th in total defense, allowing 283.8 yards per game and is very opportunistic with turnovers.

Coach Rod Carey’s first year with the Owls program after coming over from Northern Illinois has not been too much of a transition so far and will be looking to make further noise in the AAC.

Key Player: RB Re’Mahn Davis has rushed for 346 yards and three touchdowns in four games this season. Last week alone, the freshman ran for 135 yards on 29 carries. The key for Owls to get Davis and back-up Jager Gardner going with the running game. If they can do that, it will open up the passing game of QB Anthony Russo.

The Pirates are already starting to turn the corner with new Coach Mike Houston as ECU has already matched the win total of three it had all of last season. Last week’s road win over Old Dominion was a close 24-21 game.

The other two wins for the Pirates came against two FCS teams in Gardner-Webb and William & Mary.

The main reason for the three wins so far has been the Pirate defense being able to take the ball away from its opponent. ECU is currently tied in second place for the most interceptions in the conference. But the defense is vulnerable to the running game–giving up over 300 yards on the ground in its loss to Navy is a example of what this defense can give.

ECU lost to Temple last year in blowout fashion 49-6 in Philadelphia. In fact, ECU has lost the last four contests against Temple and are just 7-9 all-time against the Owls.

Key Player: QB Holton Ahlers finished just 8-of-21 passing for 202 yards, two touchdowns and two interceptions in the win at Old Dominion last week. He has thrown for 913 yards, four touchdowns, and five interceptions overall to start this season. He has been very inconsistant with his play and his key will be to avoid the interception especially against a Temple defense that strives to get turnovers.

Fearless Prediction: Temple has too much talent and with the interception rate of ECU QB Ahlers, expect the Owls to win the turnover battle. The Pirates have the home field but it will not be enough. Temple 31 ECU 17