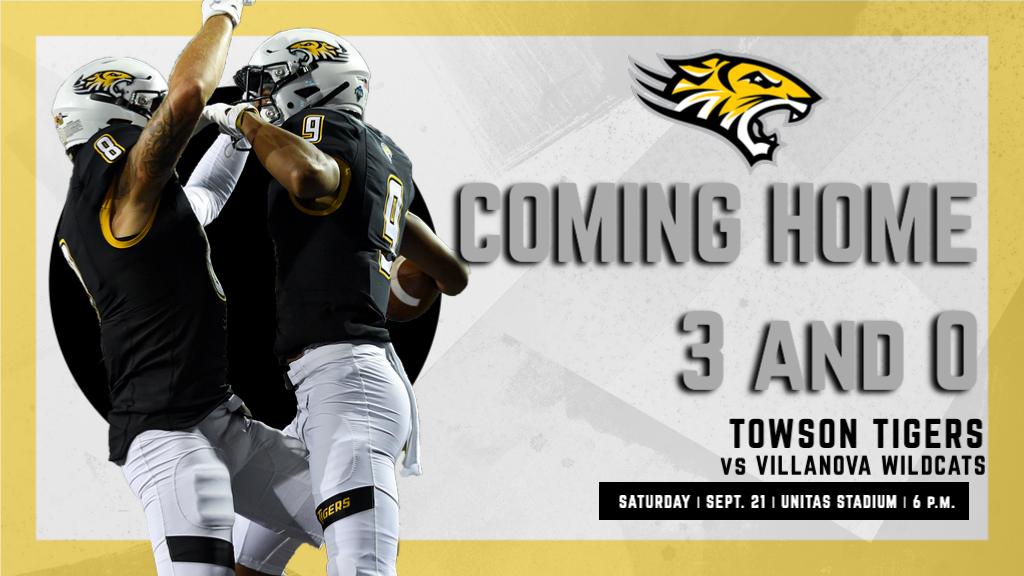 Towson showed they aren’t going away in the CAA and FCS race. The Tigers easily beat Maine by 22 points last week. In the only other CAA matchup, Elon picked up its first conference win, cruising by Richmond. In a couple more weeks, conference play will be in full swing. But for this week there are only two conference matchups while James Madison plays an interesting out of conference contest at Chattanooga.

Through three weeks, Villanova has avoided the one thing that has plagued them over the last few seasons: the injury bug. The Wildcats have looked stellar through three weeks picking up three wins. Of course, all three of those wins are against Patriot League teams who have combined to win a grand total of zero games. Despite the early success, it is hard to judge how good Villanova is. We will get a good feel for the Wildcats over the next four weeks as they play three of the top projected teams in the CAA (Towson, Maine, James Madison) and a much improved William & Mary squad. Nova has only allowed 34 total points in their three games. But the defense will get a strong test from a supremely talented Towson offense.

Key Player: Villanova has one of the most talented cornerbacks in the country in Christian Benford. He has the ability to cut one half of the field off from an opposing quarterback. Because of that, a lot of the throws go in the direction of the other corner, Jaquan Amos. While Benford has just 10 tackles in limited looks, Amos has 20 tackles and 2 interceptions so far this season, both of which he has returned for touchdowns. It will be up to Benford and Amos to slow down the Towson passing attack if the Wildcats want to have a shot to win this game.

Towson continued its strong start to the season with an easy 45-23 win over Maine on the road. The Tigers are up to 5th in the national polls and look like an early title contender. It’s a long ways away, but the Tigers’ week 9 matchup with James Madison is starting to look like a battle for the CAA automatic bid. There are plenty of games between now and then, so Towson will have to keep the focus. Rob Ambrose always has this team ready to play and they are excelling on both sides of the ball.

Key Player: All of the focus on the Towson offense usually centers on Tom Flacco. That focus will be even more laser focused now that Shane Simpson is lost for the year with a knee injury. Flacco still has plenty of weapons to lean on , but it will be on him to make the right reads and carry the offense moving forward.

Fearless Prediction: A matchup of two 3-0 teams is always juicy. We have a great offense for Towson and a great defense for Villanova. Which one blinks first? The Tigers are a little more experienced, so look for that to be the difference in the game. Towson 31, Villanova 23 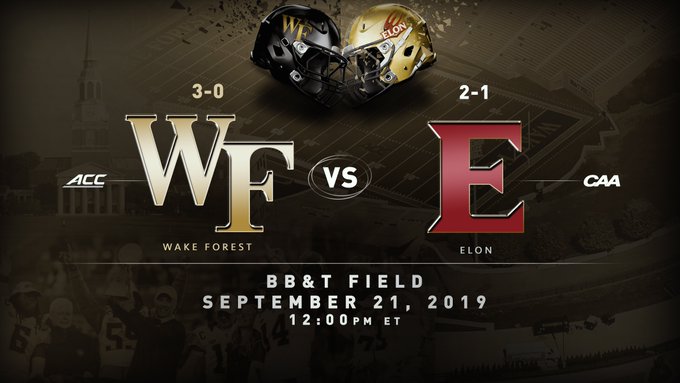 If this was last year, this would be a great matchup. Unfortunately for Colgate, they can’t bring back all of those great defensive players they lost. Chris Ferguson will light up the Raider secondary and the Black Bears will cruise. Maine 35, Colgate 10

Elon has James Madison coming to town next week. They don’t stand much of a chance this week against a good Wake Forest team. Wake Forest 51, Elon 21

The question for the Blue Hens is who starts at quarterback. It will make a difference for the CAA portion of their schedule. But whoever plays this week should easily lead Delaware past a Penn team making their season debut. Delaware 27, Penn 13

Albany should even its record as it heads into CAA play. The Great Danes get by the Leopards this week. Albany 20, Lafayette 17

Chattanooga is coming into this game off of two lopsided losses while James Madison has two straight lopsided wins. Look for the Dukes to put up another lopsided victory on the field where they celebrated their 2004 National Championship. James Madison 41, Chattanooga 13

Both teams need a win badly here. New Hampshire looked much better last week against FIU than they did against Holy Cross. Rhode Island nearly beat Delaware before falling in overtime. The Rams offense looked great vs. the Blue Hens, so Rhode Island is the pick here. Rhode Island 27, New Hampshire 21

Stony Brook will use a dominant defense to wear down Fordham. Eventually the Seawolves will need to find some more offense, but not this week. Stony Brook 13, Fordham 6