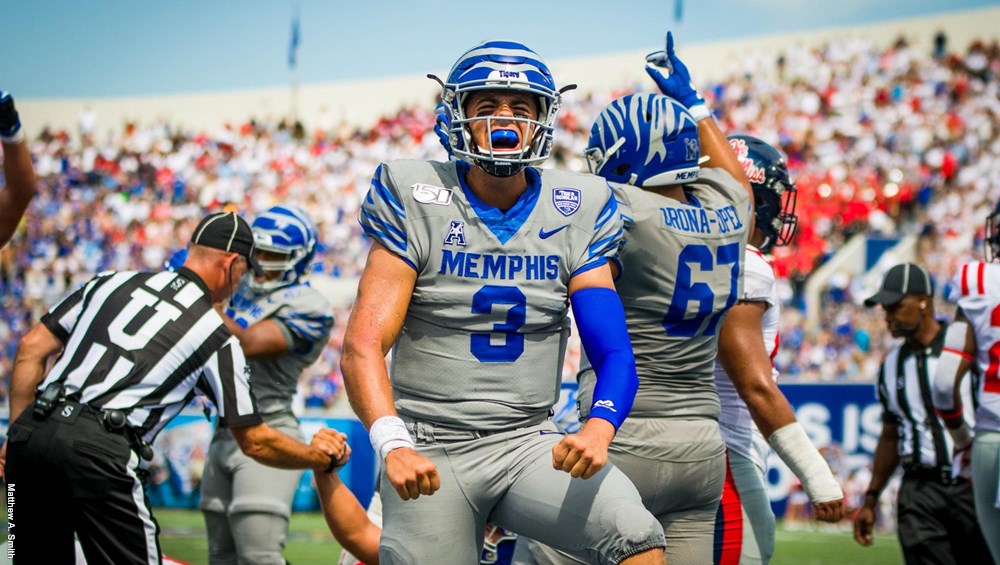 Six players including Brady White from Memphis, Brad Rozner from Rice, Jonathan Ward from Central Michigan, Kaleb Barker from Troy, Quincy Roche from Temple, and Sam Crosa, from Cincinnati have been selected as the College Sports Journal All-Stars for the week ending Nov. 18th, 2019 from the NCAA Division I FBS Group of Five schools.

Brady White, QB, Memphis, Jr., Newhall, Calif.
White was responsible for six touchdowns and 348 yards of total offense as Memphis took a 45-27 win at Houston, moving the Tigers into a tie for first place in The American’s West Division. White completed 22 of 33 passes for 341 yards and matched his career high with five touchdown passes. He added a 14-yard rushing touchdown to help Memphis overcome an early 17-7 deficit.

Brad Rozner, WR, Rice, Jr., Needville, Tex.
Rozner became the seventh Owl in history to catch three touchdowns in a game to lead the Owls to their first win of the year, 31-28, at Middle Tennessee. Rozner caught eight passes for 130 yards and scored all three of his touchdowns in the first half as Rice built a 31-14 lead. He hauled in scores of 30, 18 and 34 yards from Tom Stewart to become the first Owl since Jordan Taylor in 2013 to have three TD receptions in a game. He topped 100 yards for the fourth time this year, becoming the first Rice receiver since Taylor in 2014 to top 100 yards four times in a season. Rozner’s 681 receiving yards this year are the most for a first-year player at Rice since 1951, while his 47 receptions are second to Larry Davis, who had 54 in 1967. 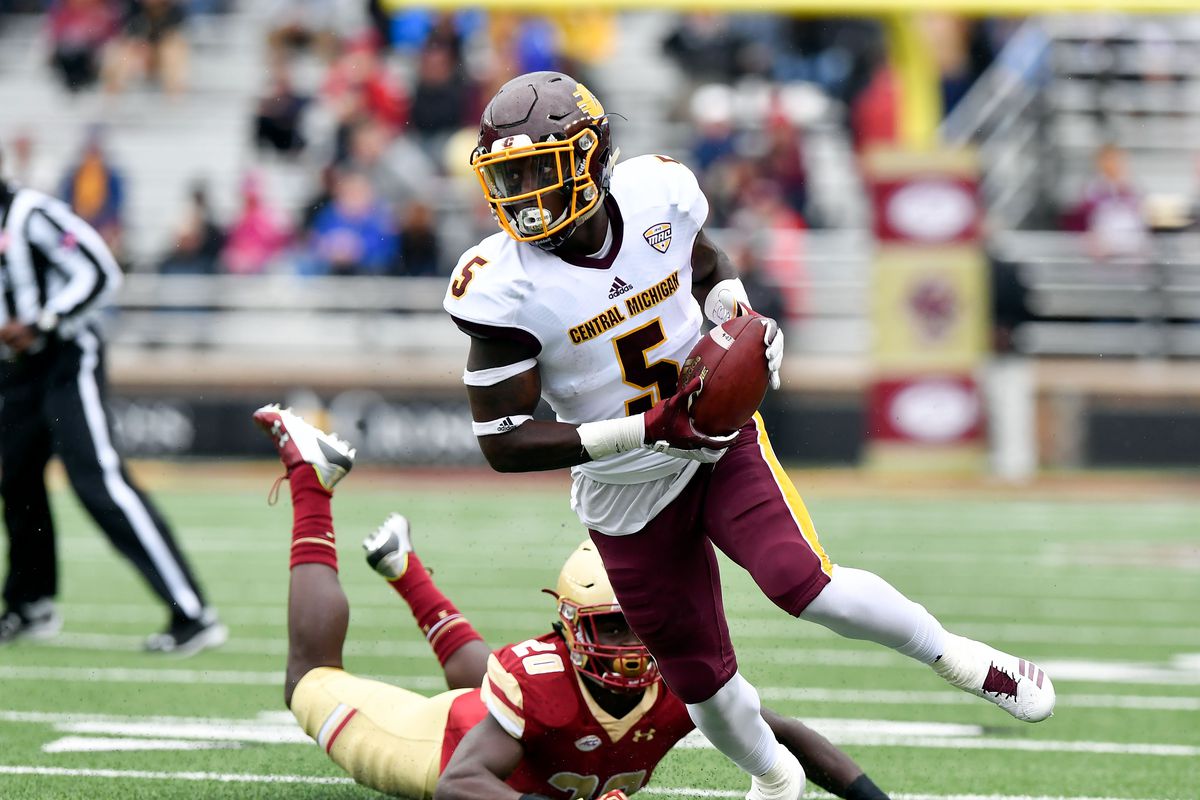 Jonathan Ward, RB, Central Michigan, Sr., Kankakee, Ill.
Ward had 135 all-purpose yards and four touchdowns in a 45-44 come-from-behind victory at Ball State on Nov. 16. Ward ran for 105 yards on 24 carries and caught four receptions for 30 yards. He had a key reception on the game-winning drive, converting a 3rd-and-7 with an 18-yard catch-and-run. The four touchdowns marked a career-high for Ward. Kaleb Barker, QB, Troy, Sr., Decatur, Ala.
Barker continued his storybook season with a Troy record six touchdown passes in the Trojans’ pasting of Texas State. Barker’s TD tally was also the second most in Sun Belt history and the third most in FBS this season. The senior had five at halftime and passed for 363 yards. His 30 touchdowns on the season are fifth nationally, and are the most in Troy’s DI history through 10 games and the second most in Sun Belt history through 10 games. Barker connected for touchdown strikes to five different players in the game. Additionally, Barker ranks fifth nationally in passing yards and completions per game.

Quincy Roche, DE, Temple, Jr,. Randallstown, Md.
Roche set an American Athletic Conference single-game record with 6.0 tackles for loss in Temple’s 29-21 win against Tulane. He finished the game with 12 tackles, 3.0 sacks, a forced fumble, a fumble recovery and a quarterback hurry and had two key sacks on Tulane’s final drive as the Green Wave threatened to tie the game.

Sam Crosa, PK, Cincinnati, Sr., Columbus, Ohio
Crosa scored eight points, including the game-winning field goal as time expired, to lift Cincinnati to a 20-17 win against USF, giving the Bearcats a two-game lead in The American’s East Division standings. Crosa’s game winner came from 37 yards, and he drilled a 41-yard attempt late in the third quarter to bring the Bearcats within a touchdown.