Mike Glass III, QB, Eastern Michigan, Sr., St. Louis, Mo.
Glass III led the Eagles to its third consecutive win over a Big Ten Conference opponent on the road, defeating Illinois, 34-31, on Saturday. Glass was 23-of-36 for 316 yards and three touchdowns. With the game tied 31-31 with 1:44 left in regulation, Glass marched the Eagles down the field, putting together an eight-play, 68-yard drive in which he completed 4-of-4 passes, capped by kicker Chad Ryland’s 24-yard game-winning field goal as time expired. Glass ranks 10th in the nation in completions per game (25.67), which ranks second in the MAC, and 26th in the country in completion percentage (69.4%), third highest in the league. 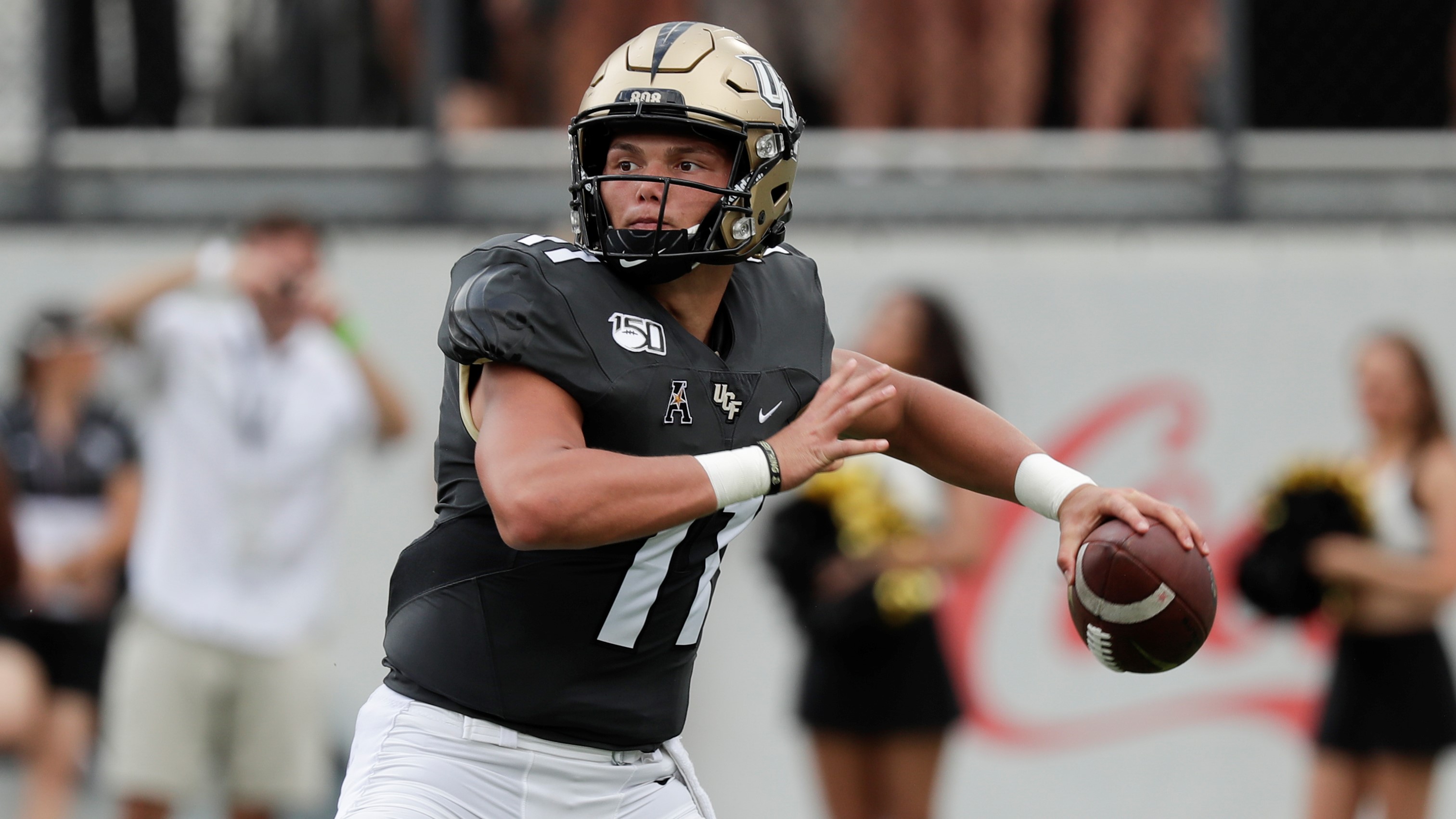 Gabriel completed 22 of 30 passes for 347 yards and four touchdowns in a 45-27 win against Stanford. Gabriel led an offense that gained 545 yards and scored touchdowns on its first four drives to help the Knights improve to 3-0. Malcolm Perry, QB, Navy • Sr., Clarksville, Tenn.
Perry figured in six touchdowns as he rushed for 156 yards and four TDs on 24 carries. He also completed 5 of 7 passes for 151 yards and two scores in a 42-10 win against ECU. Treshaun Hayward, LB, Western Michigan, Jr. Ypsilanti, Mich.
Western Michigan junior linebacker Treshaun Hayward (Ypsilanti, Mich.) led with a career-high 15 tackles, 1.5 sacks, 1.5 tackles for loss and a forced fumble in his first career start in a 57-10 win over Georgia State. Hayward recorded his first career sack and was part of a defense that held the Panthers to 126 yards passing and only 10 points. Western Michigan held Georgia State to 38 yards of offense in the second half.

Jaylond Adams, KR/PR/WR, Southern Miss, So., Adamsville, Ala.
Adams recorded a 100-yard kickoff return for a touchdown (his second this season) and totaled 322 all-purpose yards in the Eagles 47-40 win at Troy. Adams returned his second kickoff for a touchdown this season. It was the sixth 100-plus yard return in school history. With his two kickoff returns for touchdowns in the first three games, Adams has now tied both of the school’s single-game and career record for kickoff return touchdowns. He totaled 136 kickoff return yards and added a five-yard punt return. In addition to his kickoff return, Adams collected 11 catches for 180 yards, establishing career highs for both categories.