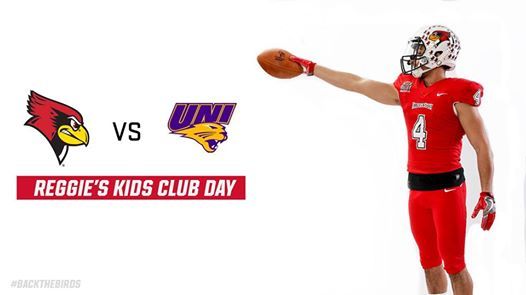 This week the game of the week is between two of those one-loss teams with Northern Iowa visiting Illinois State. Neither team has a win over a ranked foe and this is a game with a win could propel them further into the discussion of potential national playoff seed and a bye in the opening week of the FCS playoffs. A loss means an uphill battle to make the playoffs alone, especially with both teams still having road trips to South Dakota State left on its schedule.

The Panthers are one of the better defenses in the conference and the FCS. UNI is 13th in total defense, 22nd in scoring defense, 9th in tackles for loss and 8th in sacks.

Last week, the Panthers held Missouri State to just 169 total yards, including just 16 yards rushing en route to the 29-6 win. The UNI dfense tallied five sacks and nine tackles for loss. WR IsaiahWeston kept up his outstanding play with 157 yards and two touchdowns on the offense.

According to Massey Ratings, UNI has faced the second-toughest schedule to date in the FCS. The game is the 35th in the series with UNI leading 21-13, the two teams have split the last eight meetings dating back to 2010.

Key Player: WR Isaiah Weston very well could be the comeback player of the year in the MVFC. Weston missed all of last season and through eight games, he has 32 catches for a MVFC-high 856yards and a MVFC-high 10 touchdowns, including at least one in the last seven games. . He will be key as the Redbird defense stops the run well and the Panther pass game will need to come out strong to pull off the road victory.

The Redbirds have won the last three contests against the Panthers played in Normal. But UNI did win the last meeting a year ago 26-16 in Cedar Falls.

Illinois State will attack UNI offensively with a powerful run game led by RB James Robinson, who ranks sixth in the FCS with his 115.5 yards per game average. The Redbirds have run 334 run plays compared to just 167 pass plays in 2019, exactly a 2-to-1 ratio which shows why this team has turned things around this year.

Key Player: RB James Robinson will be the workhorse for the Redbird offense. UNI held Robinson to 40 yards on 16 carries in the game last year so the key will be to get Robinson going early to help keep the time of possession in the favor of the Redbirds.

Fearless Prediction: With two strong defensese, scoring will be at a premium. The game with two closely matched teams always comes down to turnovers and who can make the big offensive play. Weather conditions should be cool but dry so this should not be a concern. The Panthers have yet to win a road game so this test and Illinois State’s only home loss was to North Dakota State. I think Robinson and the Redbirds get the running game going at least enough to muster enough offense to get an early lead and the Illinois State defense holds on for a close win. Illinois State 20 Northern Iowa 16

Southern Illinois at Indiana State | Terre Haute, Ind. • 1 p.m. ET [ESPN+ (subscription req’d]
This is an interesting match-up but the two teams seems to be going in the opposite directions. The Salukis get the road win here. SIU 38 ISUB 21

South Dakota at Western Illinois | Macomb, Ill. • 1 p.m. CT [ESPN+ (subscription req’d]
Will the Leathernecks get a win this year? This game might be its best chance remaining to do so but USD is too strong but the Leathernecks will put up a good fight. USD 27 WIU 21

South Dakota State at Missouri State | Springfield, MO • 2 p.m. CT [ESPN3 (subscription req’d]
Without J’Bore Gibbs at quarterback for the rest of season with his injuried leg, the Jackrabbits get the Bears to try to test their new signal caller in True freshman Keaton Heide a game to get his feet. The Rabbits role in this one. SDSU 31 MSU 10

North Dakota State at Youngstown State | Youngstown, Ohio • 6 p.m. ET [ESPN+ (subscription req’d]
The Penguins finally got in the win column last week in MVFC play and now get to host the undefeated Bison. NDSU coming off an emotional win over rival SDSU, the Bison may be off a little but will have enough to get by this road test. NDSU 27 YSU 21