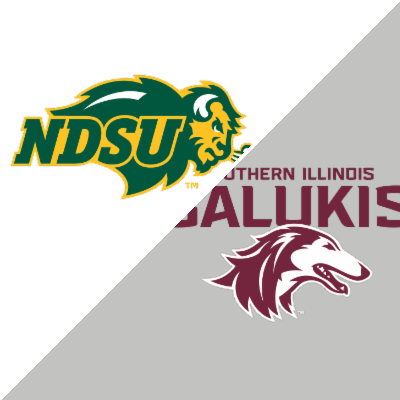 It is hard to believe we are already in the last week of the regular season. The playoffs start next week and it looks right now that four MVFC teams are surely in the playoffs with North Dakota State winning its ninth straight tite. But South Dakota State, Illinois State, and Northern Iowa look secure to make the field.

The lone team that has has a question mark right now is the Southern Illinois, who currently sits at 7-4. The Salukis host NDSU in the only game involving two teams in the top half of the standings and will be my game of the week.

I think win or lose that SIU will get into the playoffs as the MVFC is rated as the top conference. I feel that three MVFC teams will get seeds in NDSU, SDSU, and Illinois State. Northern Iowa will get a home game in the first round and SIU will get a road game. Since those two teams did not meet in the regular season, I would not be suprised if the FCS Playoff committee pits those two teams together in a great first round contest.

Following Dartmouth losing last weekend, NDSU is now the lone undefeated team in the FCS. The Bison have been the top ranked team in all major polls all season long and will be playing this game to stay at the top spot.

One week after putting up 690 yards of total offense, the Bison went for 700 total yards in last week’s home win over South Dakota. It was the third most yards in school history and NDSU’s most in a Division I game—surpassing the home win over Western Illinois two weeks ago. NDSU is averaging 9.5 yards per play over the past three weeks with no turnovers.

The Bison defense has been nearly has dominating. Led by junior LB Jabril Cox and senior DE Derrek Tuszka, NDSU has given up just 12.7 points per game and 272.5 yards per game.

NDSU and SIU did not meet head-to-head in 2016 and 2017 before the Salukis returned to the Fargodome for the 2018 regular-season finale. NDSU rolled up 663 yards of total offense and won 65-17, which is still the most points scored by the Bison in a Missouri Valley Football Conference game.

Key Player: QB Trey Lance is having an exceptional freshman season. He has yet to turn the ball over. In fact, he has attempted 197 career passes without an interception, breaking the school record 152 set by his predecessor Easton Stick. He also has set NDSU freshman records for passing yards (2,041) and passing touchdowns (23) and currently ranks fourth in rushing yards (684) and fifth in rushing touchdowns (9) by a freshman player. His 23 passing TDs rank fifth overall in NDSU single-season history, and his pass completion percentage (70.4) and pass efficiency rating (196.6) both top the school single-season charts. He is second among Bison passers with 10.4 yards per attempt. Again, the offense flows through Lance and with the Saluki team that will likely pull out all the stops on defense, he will need to continue his very good decision making.

The Salukis are a great turnaround story this year in the MVFC. SIU finished 2018 with just a 2-9 overall mark. In fact, they may have been at a low last year as indicated by SIU’s blowout loss at NDSU a year ago.

The change for the Salukis has been a change of offensive philosophies. Three years ago, the Southern Illinois offense was an complete throwing air show, with nearly 43 pass attempts per game for more than 330 yards, the highest total in the MVFC.

This year, the emphasis has been more on getting the running game going and the results have been seen in the win column. SIU currently ranks second in the MVFC and tenth nationally with 234.1 yards a game on the ground while throwing fewer than 24 passes a game.

This is the 12th meeting between these two schools dating back to 1963. NDSU has won seven straight to take an 8-3 lead in the series. The Bison are 3-3 in Carbondale, but have won their last three visits including a 35-29 victory in the last trip in 2015.

Key Player: RB D.J. Davis has surpassed 5,000 career all-purpose yards this year in his senior season. This ranks second all-time at SIU. He is just 44 yards shy of the 1,000 yard mark this year. He and the other two backs (freshmen Javon Williams Jr. and Romeir Elliott) for the Salukis will be the key for SIU coming out with the victory. SIU will need to control the clock and keep it away from NDSU’s potent offense.

Fearless Prediction:The turnaround for SIU has been remarkable and a win this week will certainly get this team that has won now five games in a row a playoff spot and even possibly a seed. But as seen with all the opposition this year for NDSU, the only conference foe to get within a score this year was a game at SDSU. The Bison have handled teams above SIU before and really want that #1 seed in the playoffs. I think NDSU will do it but it will be a much tighter game than the one played in Fargo between these two team. NDSU 38 SIU 24

Illinois State at Youngstown State, 11 am CT | Youngstown, Ohio • [ESPN+ (subscription req’d]
The Redbirds did not look good in their home victory last week against Missouri State but this game has a seed on the line and the Redbirds get it done. ISUR 24 YSU 14

Western Illinois at Northern Iowa, 1 pm CT | Cedar Falls, Iowa •[ESPN3 (subscription req’d]
UNI could back their way into a seed and might want to show its dominance in this game against a one-win team in the Leathernecks. The Panthers roll and try to impress the playoff committee. UNI 38 WIU 14

Indiana State at Missouri State, 2 pm CT | Springfield, Mo. •[ESPN+ (subscription req’d]
This is a game that in the preseason looked to have some promise with the winner possibly in line for a playoff spot. But both teams did not perform up to predictions and one looks to go out with a season ending victory. The Bears do just that in a tight finish. MSU 31 ISUB 28

South Dakota State at South Dakota, 2 pm CT | Vermillion, S.D. • Midco Sports/[ESPN+ (subscription req’d]
The Rushmore State rivalry has a lot of meaning for SDSU. A win and the Jackrabbits likely can avoid playing in the first round and likely avoid playing at least NDSU in the second round as well. USD has been up and down this season but expect the Coyotes to be very up for this game against their in-state rival. This one goes down to the end but the Jacks pull off a win. SDSU 36 USD 28