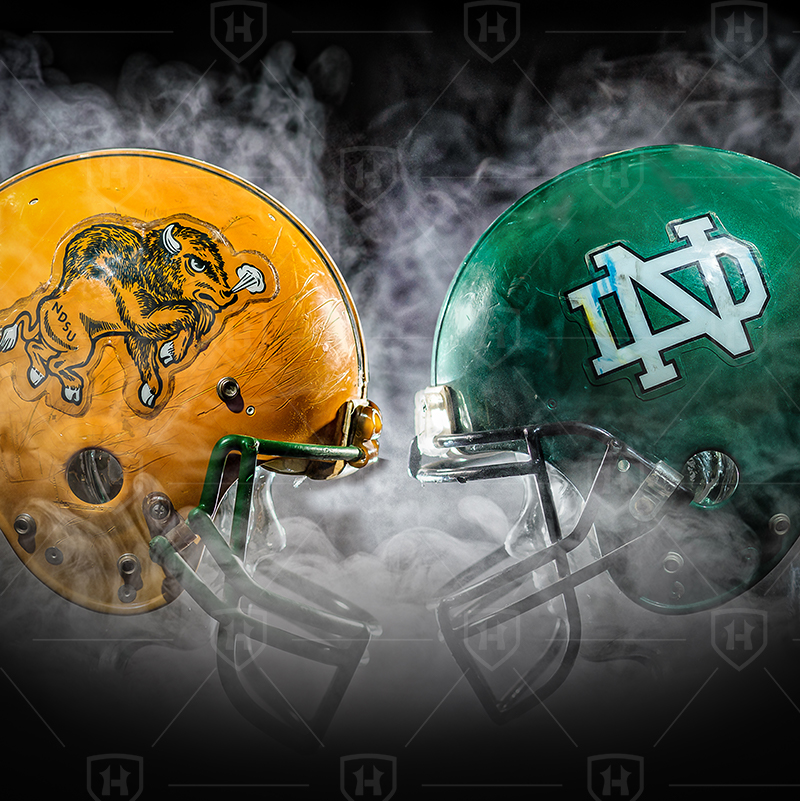 On paper, the Missouri Valley Football Conference did not get off to a great start, with only one win in Week 1 (although another was in Week 0). But the conference’s teams’ play was very good, as I explained in the my MVFC recap for Week 1. In Week 2, nine of the ten squads see action with six of the nine games featuring out-of-conference FCS opponents and the other three against FBS foes with one being a Power Five match-up.

The biggest game this week is the rekindling of what used to be known as the Nickel Trophy game (since retired as UND changed its nickname from the Fighting Sioux to the Fighting Hawks) for the two North Dakota schools with NDSU hosting North Dakota. UND is in its last season as an independent before joinging the Bison in the MVFC. The Fighting Hawks last played NDSU in 2015 also in Fargo and will again meet the Bison in Fargo next year as a MVFC game, before finally hosting the game in 2021.

BYE: Missouri State (0-1) is coming off a loss at Northern Arizona.

In UND’s 47-7 win over Drake in Week 1, the Fighting Hawks’ defense registered one of its best statistical performances of the Division I era. UND gave up just 129 yards of offense to the Bulldogs, UND enters the weekend as the No. 2 total defense in all of the FCS. The Fighting Hawks also gave up 55 passing yards, which ranks No. 3 in the FCS.

UND is coming off a 6-5 2018 season in its first as an independent. UND will play a predominately Big Sky schedule for the last time this year before moving to the MVFC next year. UND Is one of very few schools that can claim a winning record against the Bison in the FargoDome as UND is 4-2 all-time in games played there.

Key Player: QB Andrew Zimmerman will make his first colliegiete start in this one following a leg injury to two-year starter Nate Ketteringham for the Fighting Hawks. Zimmerman, a fifth-year senior, entered and threw 7-for-9 for 132 yards and two touchdowns. Zimmerman’s relief duty has included at Montana in 2017 and at home against Sacramento State that same season. He has 482 career passing yards at UND. With a strong defense, his key will be to hold onto the ball and not turn the ball over.

NDSU is coming off a blowout win in their Minneapolis Target Field home game 57-10 over Butler. With just seven starters back from last year’s undefeated national title team, many new players got their feet wet in week one.

In the last match-up with UND in 2015, now NFL QB Carson Wentz led the Bison to a blowout win 34-9–the one and only DI match-up before this date. This is the 112th meeting between North Dakota State and North Dakota, the 10th most played series among current FCS programs. UND has a 62-46-3 lead all-time dating back to 1894.

Key Player: QB Trey Lance showed why Coach Matt Entz picked him to be the next starter under center in last week’s win. Lance, a redshirt freshman, was named the MVFC Offensive Player and Newcomer of the Week after accounting for 301 yards and six touchdowns. He was 10 of 11 passing for 185 yards and four touchdowns with five carries for 116 yards and two scores. The key for him will be how he performs against a notch up in talent from a defensive point of view this week.

Fearless Prediction: As a former North Dakota resident that saw this game growing up and throughout college, these two schools did not like each other at all–to give it an understatement. When the two schools differed on when to move up to the Division I rankings in the early 2000s, the rivarly went off the field and the two did not play until that 2015 game (the first since 2003). The rivarly is just not there–yet. NDSU is similar to what it was in the 1980s DII days when the Bison won 12 of the contests against UND. It might take a few years but this rivarly will get back to the stage it used to be. This game will be similar to the 2015 season as the talent gap is too high right now between these two schools. NDSU 31 UND 13

Southern Utah at Northern Iowa | Cedar Falls, Iowa • 4 pm CT [Panther Sports Network/ESPN3 (subscription required]
The theme is similar in this one as the first two. UNI nearly got a FBS win over Iowa State last week but fell in 3OTs. It will use the UNIDome this week and get a big win. UNI 31 SUU 20

Southern Illinois at UMass | Amherst, Mass. • 2:30 pm CT [FloSports]
SIU lost at rival Southeast Missouri State last week and now get to fly across the country to take on former FCS UMass in what could be a wet game due to Hurricane Dorian. UMass 38 SIU 17

Howard at Youngstown State | Youngstown, Ohio • 2 pm ET [ESPN+ (subscription required]
YSU had a bye last week after defeating Samford in Week 0. This version of the Bison invade Youngstown and will leave with a loss. YSU 31 Howard 14