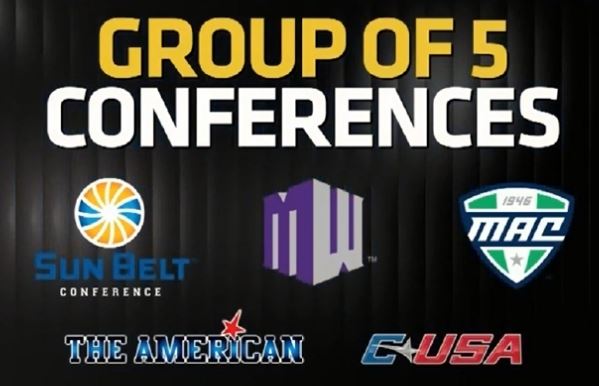 The best projected 84 student-athletes in the NCAA Division I FBS Group of Five (G5) have been named to the inaugural College Sports Journal 2017 Preseason G5 All-America Team.

Unlike many other All-American teams, the CSJ honor’s squad is designed to be like a real team, capable of taking the field and competing in a game. It includes everything from quarterbacks, who can run or pass and often-overlooked fullbacks, to long snappers and other special team performers. The CSJ Group also emphasizes players who have exhibited character and other team-oriented traits, not just lofty statistics, or talent.

Quinton Flowers was named CSJ’s Offensive Preseason Player of the Year. The senior quarterback was in his second season as the starting quarterback last year and threw for 2,800 yards, 24 touchdowns and seven interceptions. He also rushed for 1,609 yards (averaging 8.7 per carry) and 18 touchdowns, meaning he accounted for 55% of his team’s trips to the end zone.

After the College Football Championship game on January 8th at Mercedes-Benz Stadium in Atlanta, Georgia, the year-end team will be announced including the three major awards for top coach, offensive and defensive players. Other major awards will also be announced for Offensive Lineman of the Year, Special Teams Player of the Year, Freshmen of the Year, and Postseason Most Valuable Player.

This year’s preseason team has members from each of the five Group of Five Conferences of the American Athletic Conference (AAC), Conference USA (C-USA), Mid-America Conference (MAC), Mountain West Conference (MWC), and Sun Belt Conference (SBC) as well as the three independent schools of Army, BYU, and Massachusetts.

USF was the leader with seven members on the team with Appalachian State second with five members. Houston, Memphis, Tulsa, and Wyoming each had four.

Below is the full team of 84 players: