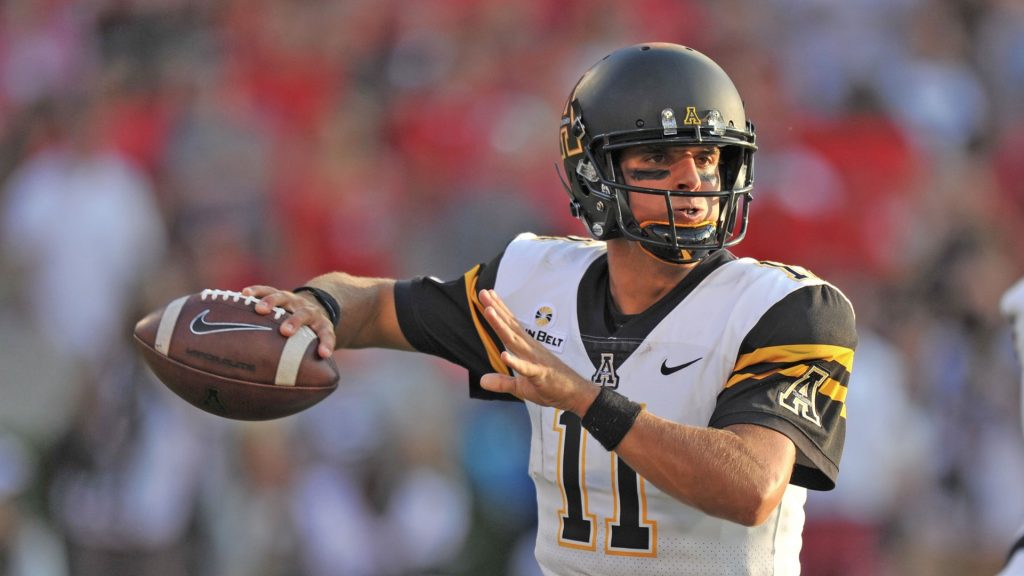 ATHENS, Ga. — The neglect to execute the little things cost Appalachian State in a big way Saturday evening before 92,46 fans at Sanford Stadium as the Mountaineers lost 31-10 in their season-opening football game to No. 15-ranked Georgia.

Freshman quarterback Jake Fromm (10-of-15 for 143 yards passing and one TD) sparked the Bulldogs off the bench late in the first quarter when sophomore Jacob Eason exited the contest with a serious knee injury and Georgia’s two-headed rushing machine of Nick Chubb and Sony Michel combined for 183 yards on the ground as this college football powerhouse pulled away in the second period and never looked back.

“We made too many mistakes,” said Appalachian coach Scott Satterfield. “You can’t do that against a good football team.”

Chief among the miscues were 11 penalties for 105 yards, several of them coming when the Mountaineers had the Bulldogs backed up in favorable down and distance situations. Georgia took full advantage to keep several drives alive as it built a 21-0 halftime lead and extended it to 31-0 by the end of three quarters.

ASU recovered to score 10 points in the fourth quarter, but by then, the outcome was already decided.

“There were a few penalties and long runs,” App State senior inside linebacker Eric Boggs explained. “We never could get the momentum swung back.”

The Mountaineers kept the Bulldogs off the scoreboard for nearly the entire first period, but Georgia took advantage of a short field to move 39 yards in four plays to score on Chubb’s one-yard burst in the final minute of the quarter.

Appalachian appeared to have forced a three-and-out on Georgia’s next possession, but defensive end Tee Sims was whistled for offsides on an incomplete third-down pass to give the Bulldogs an another chance and Michel’s 44-yard scamper on the ensuing play pushed this explosive offense deep into Mountaineer territory at the 34.

On the next snap, Javon Wims pulled down a Fromm pass between two defenders and scored to make it 14-0 less than five minutes into the second stanza.

A questionable pass interference call against ASU cornerback Clifton Duck set up Georgia for another touchdown on its next possession and Michel powered in from the six to give the Bulldogs a three-TD advantage.

App State only had a 207-190 deficit in total offense after one half, but the scoreboard didn’t reflect that. Georgia ended up out-gaining the Mountaineers 368-284 for the game.

Any hope Appalachian had of mounting a second-half comeback ended when the Mountaineers failed to sustain any offense in the third quarter and Georgia added 10 more points.

“Especially against a good defense, you can’t get behind the sticks,” ASU senior quarterback Taylor Lamb said. “Those three and outs after halftime killed us. We’ll look back at the film and see where we had chances.”

That scoring play was set up by safety Desmond Franklin’s first career interception.

Michael Rubino tacked on a 43-yard field goal in the final seconds to make the score more respectable for the Mountaineers. Linebacker Jordan Fehr had his first interception as a prelude to Rubino’s kick.

“The way we finished the game is Appalachian football,” Satterfield said. “We finished strong.”

Appalachian will face an easier task next Saturday when it hosts a Football Championship Subdivision opponent, Savannah State, in the home opener for the Mountaineers at 3:30 p.m.

“We will look at the film on Sunday and go learn from our mistakes,” said Boggs.