Below are the Final 2019 Top 25 FBS Group of Five (G5) rankings based on the Sagarin rankings after all postseason games have been completed in Division I play. These rankings include all FBS Bowl games and the College Football Playoff. Memphis retains the top spot despite its loss to Penn State in the Cotton Bowl.

In the rankings, you will see the the FCS rankings first and the overall Division I ranking to the right of the the G5 ranking.

The numbers show the ranking in the G5 Top 25 as well as the overall Division I ranking. 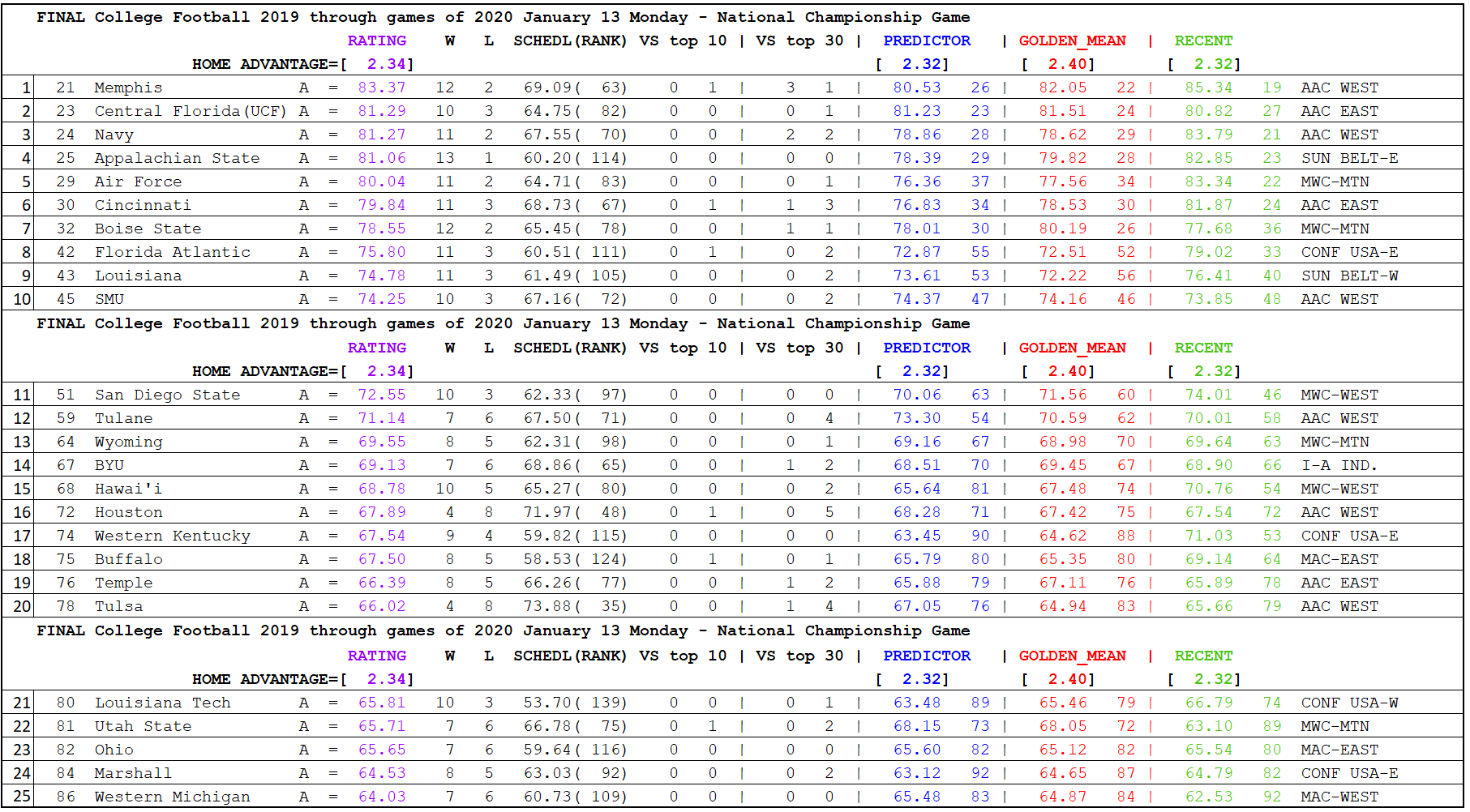 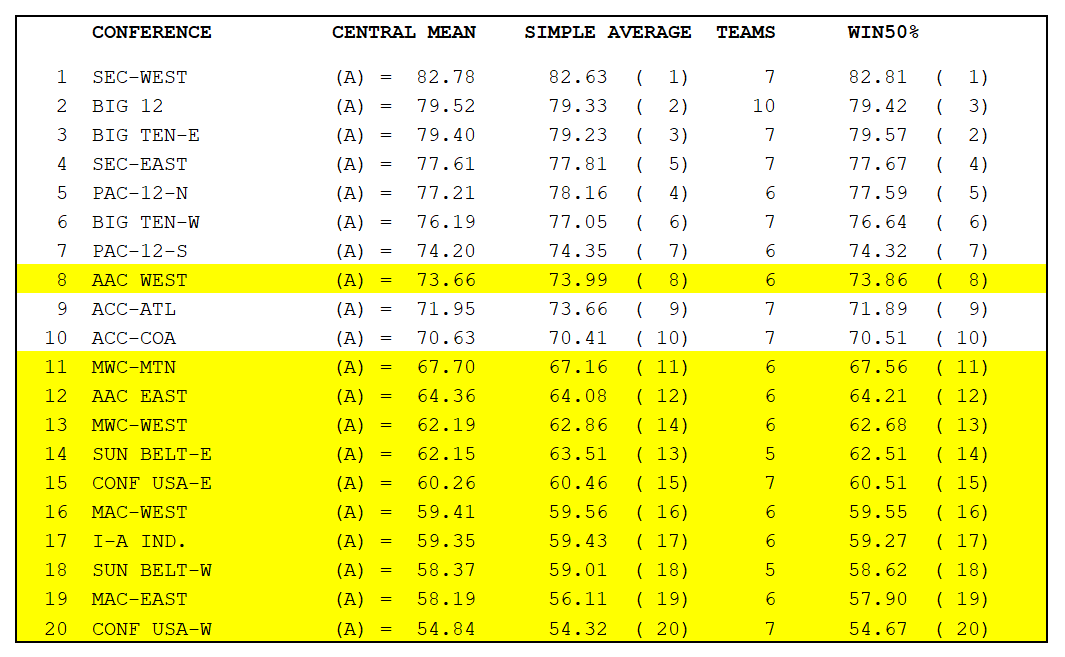