Below are the Final 2019 Top 25 FCS rankings based on the Sagarin rankings after all postseason games have been completed in Division I play. These rankings include all FBS Bowl games and the entire FCS playoffs, including both the FCS and CFP National Championship games. North Dakota State remains in the top spot following its national championship victory over James Madison. 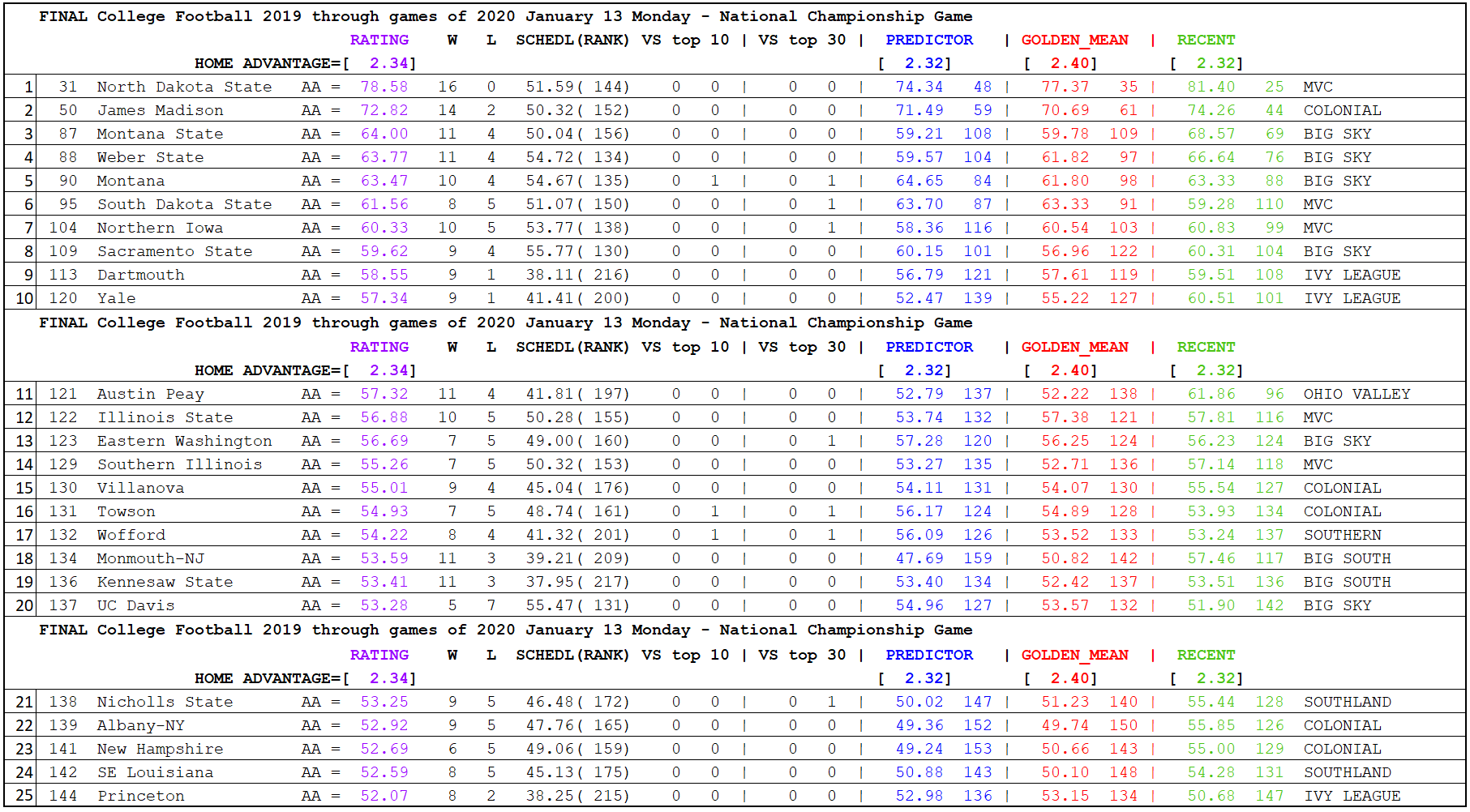