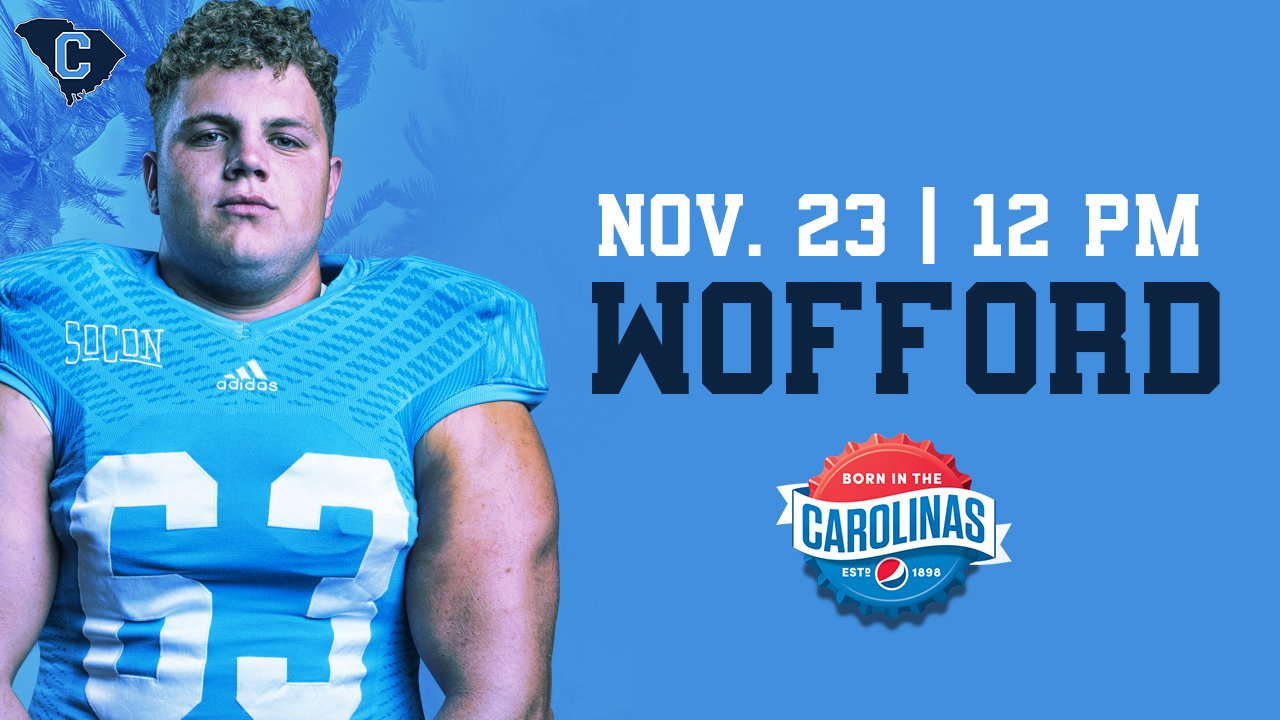 Everything has been decided in the Southern Conference with one week to go in the season. Wofford was able to clinch the conference title with its win over Furman coupled by a large blown fourth quarter lead by The Citadel against Chattanooga. Furman should also easily find its way into the field. The Citadel, with a win over Wofford this weekend could put themselves on the bubble, but even with their win over Georgia Tech, it may not be enough to get them in the field. A win by Wofford gives them an outside shot at the eight seed. Five of the seven Southern Conference games this weekend are against non-FCS opponents, so there wont me much to watch in the conference this weekend.

After they started the season 0-2, many people wondered if this was going to be a down year for Wofford. At the time, it was a valid question. Joe Newman was not playing well. Since that time, Wofford has rattled off seven consecutive wins against FCS competition (their lone loss came against Clemson) to win the Southern Conference yet again. A win for the Terriers will keep them hopeful for a seed when the bracket is released Sunday.

Key Player: After a terrible start to the season, Joe Newman has been the offensive leader he was projected to be entering the season. In their seven wins, Newman has accounted for 19 touchdowns and only two interceptions. Those are the types of numbers that Wofford will need from Newman if they are going to make any noise in the playoffs.

The Citadel had everything in front of them to win the Southern Conference. All they needed to do was win their last two games. With 28 seconds remaining in the third quarter last week, the Bulldogs looked like they were easily on their way to securing that first win to set up the showdown with Wofford. In the fourth quarter, The Citadel was outscored by Chattanooga 22-7, turning a 26-12 lead into a 34-33 loss that all but ended their playoff hopes.

Key Player: For The Citadel to remain on the bubble, Brandon Rainey is going to have to have a great game against Wofford. The Bulldogs offensive style wont shock the Terriers – they run the same one. If Rainey can outplay Joe Newman, The Citadel can give themselves and opportunity to watch the Selection Show with a glimmer of hope.

Fearless Prediction: In the battle of dogs, Wofford will continue to roll on into the playoffs. Wofford 31, The Citadel 26

Don’t waste your time on this one. One of the best FBS teams against one of the worst FCS teams. Alabama 77, Western Carolina 7

Samford plays an in state FBS team. Unfortunately its one of the top teams in the country. Auburn 55, Samford 10

Furman closes with an NAIA opponent before the playoffs. their 7-2 FCS record should get them into the field. Furman 56, Point 0

VMI has had a nice year with something to build on. But Chattanooga will end their season with a win. Chattanooga 27, VMI 24

Mercer has been disappointing this season. They close with an FBS opponent. North Carolina 48, Mercer 13