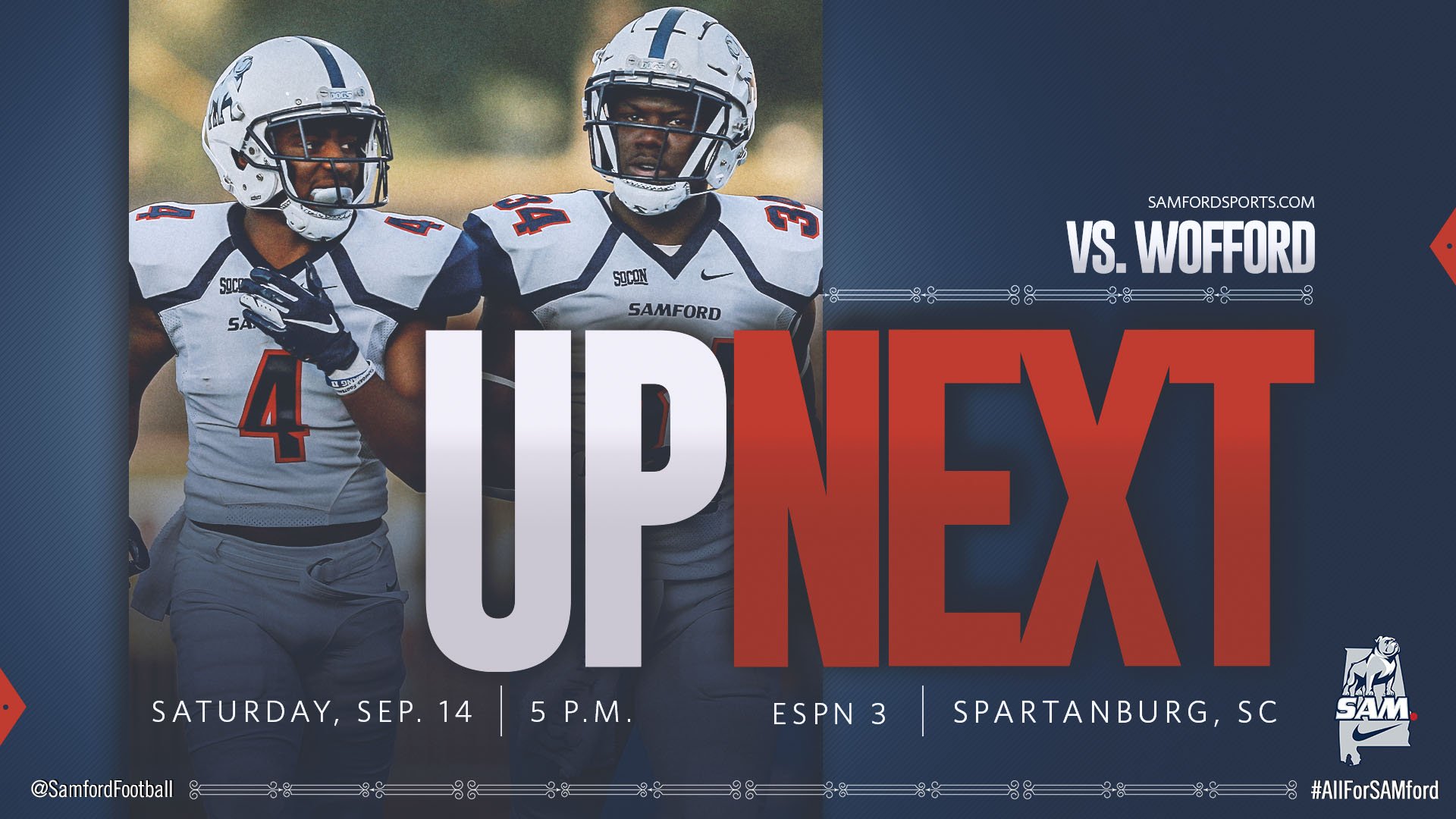 The Southern Conference continued its slow start to 2019 with only one team picking up a win against an FCS opponent. The one bright spot, Furman, gave Georgia State all it could handle, but just couldn’t finish the job in the end. Mercer has started 2-0, but against lesser opponents. The Citadel is 0-2 but lost both by a touchdown to quality CAA opponents. There is plenty of time for the SoCon to right the ship, but it has to start this week.

I think most of the FCS world expected Samford to take a step back this season. The opening weekend loss to Youngstown State didn’t surprise anyone. However, the Bulldogs seemed allergic to playing defense in letting OVC bottom feeder Tennessee Tech come back to beat them with 22 fourth quarter points. The offense played much better against Tennessee Tech, so there is something to build on for the Bulldogs.

Key Player: Liam Welch was given the first change to replace Samford legend Devlin Hodges at the quarterback position. It was apparent early in the first game that he was not the answer. The Bulldogs inserted Chris Oladokun and the offense took off. Against Tennessee Tech, Oladokun threw for 428 yards and six touchdowns without an interception. If the Samford defense is as bad as it looked against Tennessee Tech, Oladokun will have to put the team on his shoulders to outscore opponents every week.

As bad as the Samford loss in week one was against Tennessee Tech, Wofford saw that and said “hold my beer.” The Terriers suffered an inexplicable loss against a South Carolina State team that most see as a mid-pack MEAC team. The Southern Conference preseason favorite, Wofford needs to right the ship and right it quick before everyone passes them by.

Key Player: Wofford tried to work more passing into their offense this year. In their opening game, that clearly did not work. QB Joe Newman threw 17 times and only completed 7 of those passes. Along with the poor completion percentage, he also threw three interceptions. That will not get it done in any game. Newman has to figure out the pass portion and not just reading the triple option. If not, it will be time for Josh Conklin to find someone who can efficiently run his offense.

Fearless Prediction: We are going to go with the notion that the Wofford loss was an aberration. The Terriers bounce back this week while the Bulldogs slide continues. Wofford 30, Samford 24

Chattanooga will struggle in this game, but it gives Nick TIano an opportunity to play against better talent that he has seen so far in his career. Tennessee 41, Chattanooga 14.

Furman takes its second straight shot at an FBS team. The Hokies are much better than Georgia State, but this wont be a laugher until late. Virginia Tech 41, Furman 24

This should be an excellent matchup between two teams vying for playoff berths. The winner will have a leg up there with a nice out of conference win under their belt. Itll be close, but take the home team. Mercer 28, Austin Peay 27