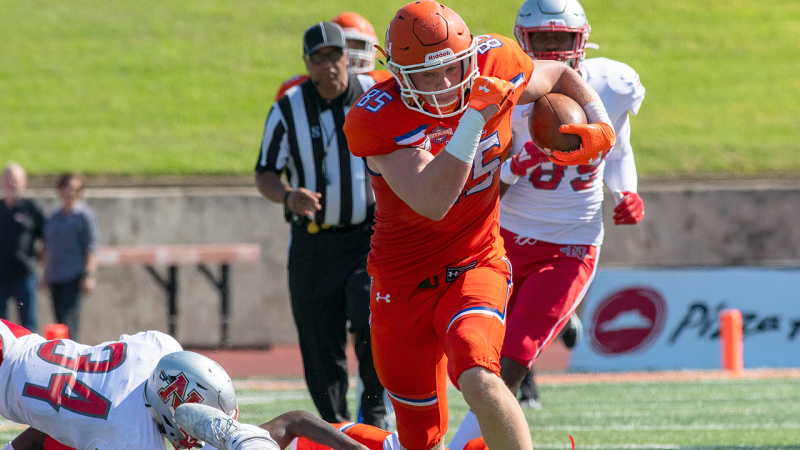 If the playoffs started today, the Southland would easily have four teams in the playoffs, and would still have at least one team that would feel snubbed. The Southland has taken a big step forward to become that fourth conference just behind the big three. There is still a lot of football to be played, but this is one of the more intriguing races as we head down the stretch. Last week, Sam Houston State blanked Nicholls at home, making Chase Fourcade look confused all game. Central Arkansas struggled on the road against Northwestern State, calling into question their ability to maintain their standing moving through the rest of the year. But they will have plenty of time to prove their mettle, starting this week.

In the past, the expectation for Sam Houston was that if they were to win their games, they would have to sling the ball around the yard and win 40-35 each week. The defense that they put on the field, despite having stud players like PJ Hall, always lagged behind the talent on offense. But the offense was good enough to overcome those deficiencies. This year, there is still talent on offense, but the defense has stepped up to a completely different level, allowing only 16 points per game. When they needed it most, the Sam Houston defense pitched a shutout against a tough Nicholls team. The hole now for Sam Houston is at quarterback. They cant seem to get the right guy and keep him there. Despite that, this defense is one that can take this team to the quarterfinals in the right matchups.

Key Player: Whoever is under center for Sam Houston this week will be the key to victory. Last week they used Ty Brock and Ryan Humphries. In most instances, it was clear it was a run with Humphries on the field, although he did complete five of six passes with a touchdown. Brock only completed six of thirteen with a touchdown. There is a solid chance that the Bearkats are going to have to throw it more than 19 times this week against a tough opponent on the road. Whoever is under center is going to have to step up and play well. 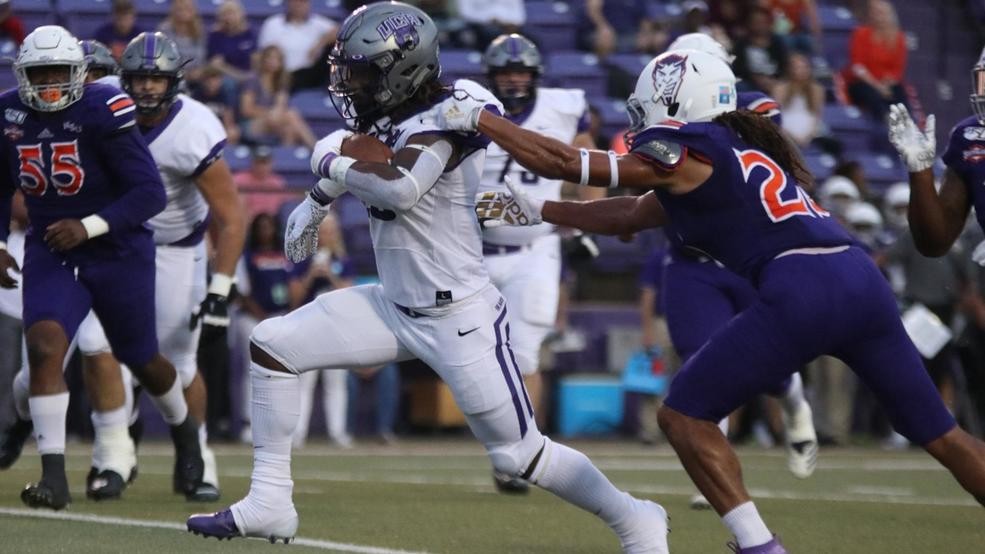 Central Arkansas survived a real scare from Northwestern State last week. The Bears stood tall on a 2 point conversion with less than a minute left to preserve the road win. A loss in that game would have been disastrous for them heading into this matchup with Sam Houston State. After their strong 3-0 start, the Bears have been a bit shaky going 2-2 over their last four games. There is still time to get back on the right track and win the conference, but they can ill afford another outing like last week.

Key Player: We have said it before, but Central Arkansas needs more out of their run game. The Bears currently average 2.7 yards per carry. Carlos Blackmon must step up and shoulder that load and pick up the extra yardage. Blackmon does average 4 yards a carry, but his utilization is spotty and he only averages 56 yards a game and has contributed four touchdowns. The Bears must improve the run game if they expect to have any real success this year.

Fearless Prediction: These teams had opposite performances last week, but this should be a really good game. The Bearkats are just playing a touch better than the Bears right now and that will be the difference. Sam Houston State 21, Central Arkansas 20

Both teams need a win here, but the Colonels are the deeper team and will respond well after a bad loss last week. Nicholls 37, Abilene Christian 21

McNeese State needs to take advantage of their games against lesser opponents to stay in the race. They’ll do just that this weekend. McNeese State 27, Stephen F Austin 10