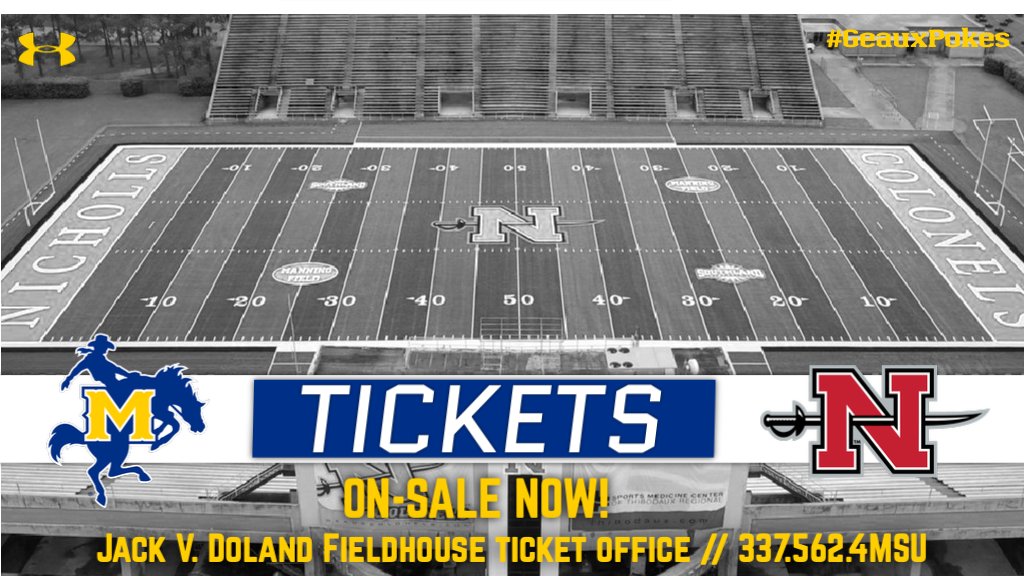 If you know what’s going to happen in the Southland Conference these last two weeks, head out to Vegas and make yourself a lot of money. The Southland is far from decided and will most likely come down to tie breakers after next weekend. There are four teams currently sitting 5-2 in conference play – Central Arkansas, Nicholls, Sam Houston State and Southeastern Louisiana. Also lurking with an outside shot if all hell continues to break loose is 4-3 McNeese State, a team left for dead weeks ago. The Southland is probably looking at three playoff berths. Sam Houston State, on paper, has the easiest path to win both of their remaining games. Central Arkansas should also win out. I would lightly pencil both of those teams in to the field. That brings us to Southeastern Louisiana, McNeese State and Nicholls fighting for one spot. Nicholls plays both of the other two over the next two weeks, each of which is most likely an elimination game. How will it all shake out? Tune in to find out.

A forgotten team just a few weeks ago, McNeese took advantage of their schedule to put together a three game winning streak coming into this week. The Cowboys have a win over Southeastern Louisiana, but lost to Sam Houston State and Central Arkansas. They should beat Lamar next week, but McNeese needs to beat Nicholls this week to force the committee to at least pay attention to them. McNeese is a solid, not spectacular, team that plays solid defense and good enough offense. The Cowboys don’t control their own destiny, so all they can do is try to win out and hope its enough. Unless the cards fall perfectly and they win the Southland, McNeese will probably be on the outside of the playoff picture looking in.

Key Player: Senior DE Chris Livings makes life very difficult for opposing quarterbacks and running backs. On the season Livings has 45 tackles with nine tackles for loss and seven and a half sacks. He is coming off a game against Northwestern State where he had three sacks. McNeese will be counting on Livings to disrupt Chase Fourcade and the Nicholls offense this week.

Prior to the season, most pundits predicted that Nicholls would run away with back to back Southland titles. While that goal is still in reach for the Colonels, the path has been bumpy along the way. Nicholls beat Central Arkansas fairly easily, but then was shut out by Sam Houston State and lost to Abilene Christian in overtime. The Colonels have not been able to find the necessary consistency to maintain their standing at the top of the conference. But we still sit with two weeks left and the Colonels have their goals right in front of them. Two wins probably gets them in the playoff field and would get them at least a share of the Southland title.

Key Player: Everyone knows about Chase Fourcade and the impact that the Colonels quarterback can have on a game. But the best player for the Nicholls’ offense this year has been RB Julien Gums. Though ten games, Gums leads the team in all rushing categories and is top ten in the nation in rushing touchdowns with 14. Gums always goes forward on his runs having only been stopped for a loss for a total of 12 yards over 148 carries. A big game from Gums will put the Colonels in the win column.

Fearless Prediction: This should be a tight game most of the way, but look for the home standing Colonels to pull away for the win. Nicholls 33, McNeese State 20

Each week in the Southland, there is a result you don’t expect. It’ll be this game this week with a home upset. Abilene Christian 28, Southeastern Louisiana 27