While North Dakota State and James Madison continued to beat their opponents into submission, out west, Weber State and Sacramento State each used strong 4th quarter comebacks to maintain their place in the standings. Weber State at Montana looms large this week for the playoff seeding discussion. Outside of the big three, Wofford and Furman play for what could potentially be a playoff seed as well. As for teams that hurt themselves this week, North Dakota suffered the heartbreaker at Weber and Central Arkansas was beaten in all phases and shut out by Southeastern Louisiana. 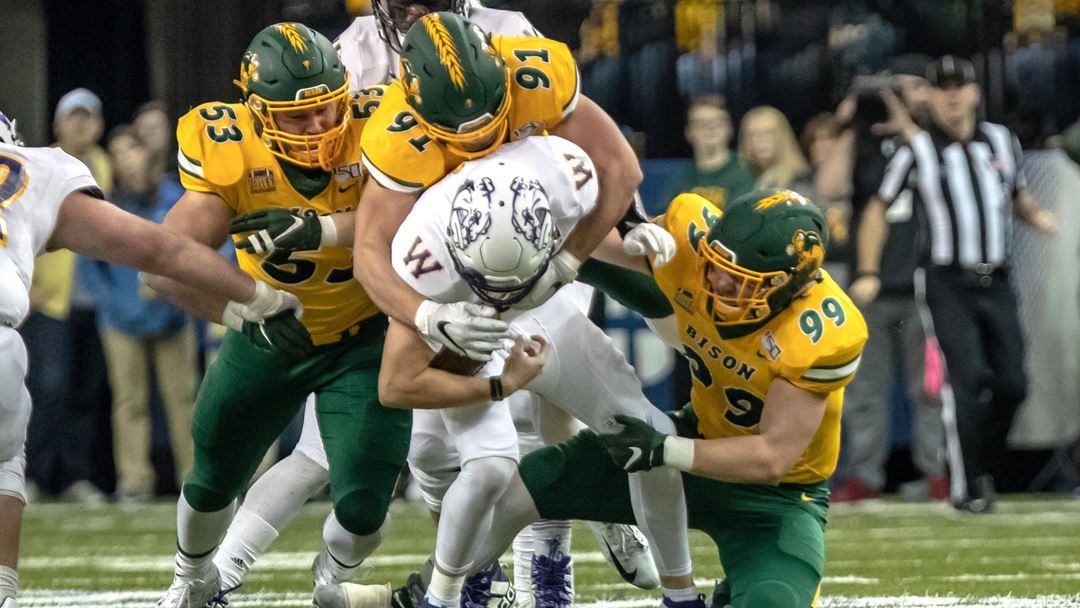 The perfect regular season looks to be a foregone conclusion at this point. Its just a matter as to if the Bison can keep it going through Frisco.

The Dukes hammered the team that the committed thought was #10 in a statement win against New Hampshire. Can anyone keep the Dukes from reaching Frisco?

Good teams find ways to win and that’s what Weber State did. A fumble forced on a late kickoff return allowed Trey Tuttle to kick the game winning field goal.

The Panthers keep doing what they need to do to win games. If UNI can beat South Dakota State this weekend, they’ll be in line for not only a seed, but potentially two playoff home games. Its all right in front of the Grizzlies. Wins in their last two games guarantee a seed. But it wont be easy. Weber State comes to town this weekend and then their nemesis awaits in the Brawl of the Wild next week.

The Redbirds went to Brookings and beat South Dakota State. It looks like ISU wants to turn their fortunes from the last couple of years. The last two weeks should be wins for the Redbirds.

The Paladins made a massive statement in their win against VMI, scoring 60 points. They play their last FCS opponent this weekend in their rivalry matchup against Wofford. A win secures the Southern Conference title.

The Jackrabbits still played great defense, but it was apparent that something was missing offensively against Illinois State.

The Bobcats need to keep winning to ensure their playoff lives, but they should be in with one more win.

Winning out gets the Terriers the Southern Conference title. But it wont be easy, they play Furman and The Citadel to close out the year.

Central Arkansas inexplicably was shut out against Southeastern Louisiana. What seemed like a solid run toward the Southland title has been made much muddier.

Dartmouth beat Princeton to keep their hopes alive for a perfect season.

The Rattlers had the week off and have an unbeaten FCS record within reach.

The Redhawks roared back with 24 straight points to beat Eastern Kentucky and keep alive their chances at an Ohio Valley title. Villanova battled back late to beat Richmond. The Wildcats are probably the second best team in the CAA and should be looking to earn a home playoff game.

Wins over two of the bottom three teams in the OVC are all that stand in the way between the Austin Peay and an Ohio Valley title. The Governors better remember what happened when they played Tennessee State a few weeks ago if they think this will be a cakewalk.

Princeton dropped their first game in two years when they were handily defeated by Dartmouth.

Monmouth survived the big game hangover, beating North Alabama in a tougher game than many anticipated. A win this week against Campbell puts the Hawks in the playoffs as the Big South representative.

Central Connecticut hosts Robert Morris for first place in the conference. It’s a one bid league, so the Blue Devils must win the next two weeks.

The Fighting Hawks may kick themselves for losing the game this week if they miss the playoffs. They had Weber State in a spot where they could have been beaten and North Dakota fumbled the ball, and potentially their season, away.

The Tigers picked up a solid road win at Stony Brook last week. If Towson win the final two games in the season, and they are both winnable, the Tigers should find themselves in the playoffs. 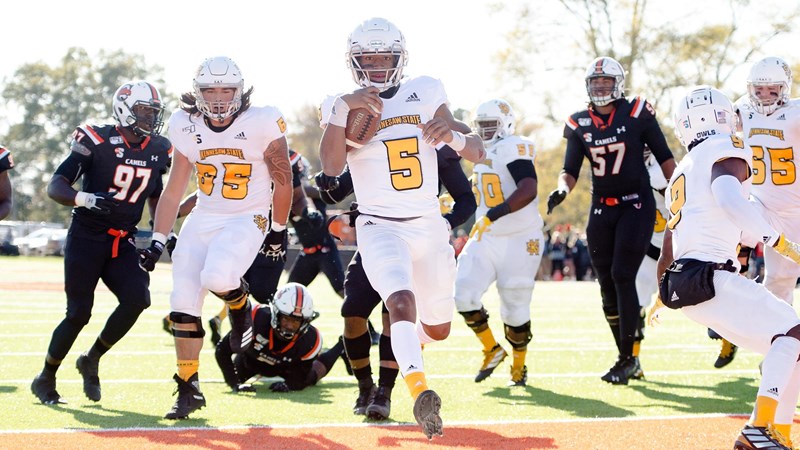 The Owls nearly dropped their second straight game against a game Campbell team. But Kennesaw found a way to win. With the way the matchups keep breaking each week, the Owls are still alive for an at large bid.

The Salukis have a couple of nice non-conference wins, including a win over an FBS team. A win this week against Western Illinois would give them seven Division One wins and would set them up for a shot at a playoff berth., If they can pull the big upset at home the week after, the playoffs would be a given; they host North Dakota State

The Bulldogs are huge Wofford fans this week. If Wofford defeats Furman and The Citadel gets past Chattanooga, next week’s game will be for the conference title. Either way, the Bulldogs have a solid case to be included in the playoff field.