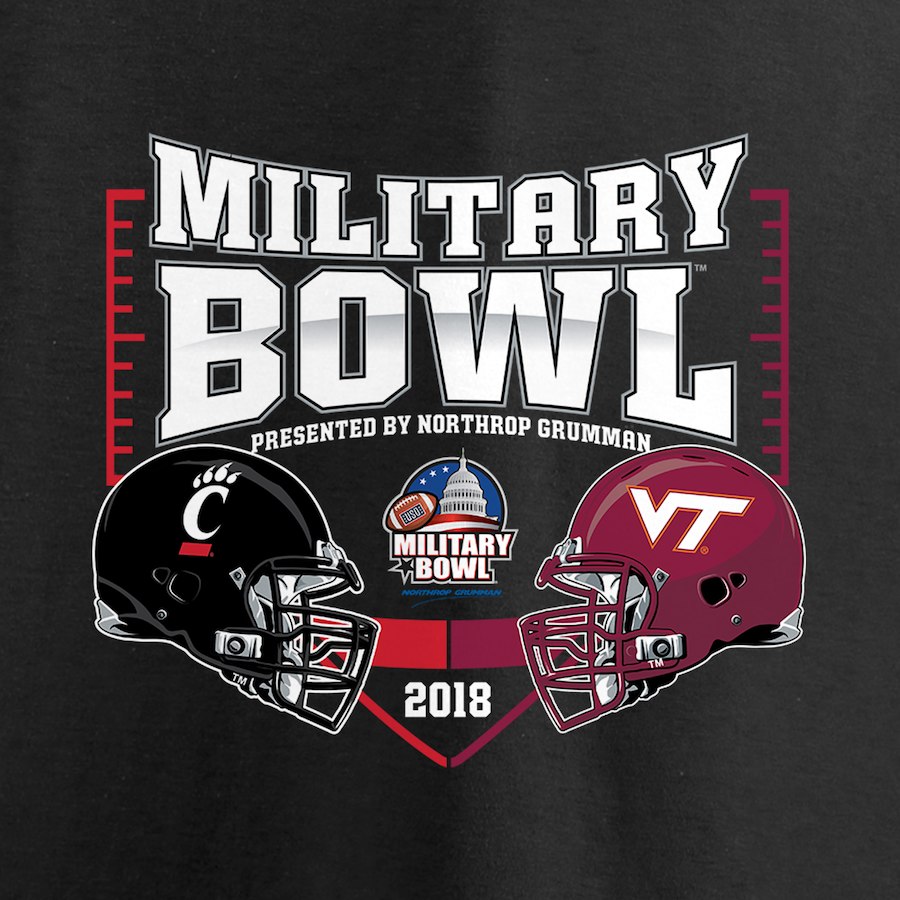 The Bearcats went 4-8 last season in Coach Luke Fickell’s first season and were picked to finish in the middle of the pack in the AAC this year. But they far surpassed those expectations by winning 10 games.

The Bearcats started the season 6-0 before dropping their first game to Temple in overtime. Three more wins followed but Cincinnati lost to UCF 38-13. The Bearcats finished its regular season with an easy win over East Carolina to get to 10 wins for the first time since 2012.

This game is the fourth of five Group of Five versus a Power Five bowl match-ups. And the third and final American Athletic versus Atlantic Coast Conference contests. Fresno State won the Las Vegas Bowl over Arizona State but Memphis fell to Wake Forest and Temple fell to Duke earlier.

On the season, the Bearcat offense finished 25th in scoring with 35 points per game using the rushing attack mostly. Cincinnati ranked in the Top 20 of all FBS in rushing and have one 1,000 yard rusher, one 500 yard rusher in their QB, and two other 400 yard rushers.

While the running game is what the offense uses first, he Bearcats also have a passing game that compliments the run. QB Desmond Ridder has thrown 19 touchdowns with only five interceptions.

The Cincinnati defense ranks 26th against the pass and 7th against the rush in all of FBS. The Bearcats have not forced a lot of turnovers but instead has forced a number of punts mainly by sacking the opposing quarterback.

The Bearcats allowed just 193 points all season (16.1 per game).. Twice they shut out opponents, including Navy, and in three other games held the opposition to seven points or fewer.

The Bearcats haves not won a bowl game since the 2012 Belk Bowl victory over Duke. Since then, it has been three straight postseason losses to North Carolina, Virginia Tech and San Diego State — all by double digits. A win would also give UC its first 11-win season since 2009, Brian Kelly’s last season.

Key Player: QB Desmond Ridder as mentioned earlier does not turn the ball over much and look for the Virginia Tech defense to stack the box to sure-up its run defense. Ridder will need to use his arm to open up the running game. If he can do this, this will open up the entire Bearcat offense.

Fantasy Bonus Baby: RB Michael Warren II emerged as the team’s lead back this year as a sophomore and earned second-team All-AAC honors. In 11 games, Warren has rushed for 1,163 yards and 17 touchdowns. He has six 100-yard games on the year and very well could have a big game against the Virginia Tech vulnerable defense especially if the Bearcats can get the passing game going.

The Hokies are playing in the postseason for the 26th consecutive season, but that streak nearly came to an end. After a 3-1 start, Virginia Tech lost five of its next six games, including a streak of four in a row.

The Hokies snapped that losing streak with a dramatic overtime victory over rival Virginia, extending their winning streak to 15 in the series. And to reach bowl eligibility, a game with Marshall was added to the schedule in place of the canceled ECU game. VT trounced Marshall 41-20 to keep its record bowl streak alive.

The Hokies’ two signature wins were at Florida State and Duke when both were ranked in the Top 25.

The Hokies tended to change its offensive identity throughout the season. Overall, Virginia Tech ranks 63rd in rushing and 39th in passing. Some games they ran most of those contests, while others they passed the majority, which might explain the Hokies just getting bowl eligible.

The VT defense has also been an issue as it ranks 105th in rushing and 65th in passing in all of the FBS.

While Virginia Tech kept its bowl streak alive, another streak is in jeopardy in this game. That bowl streak dates back to 1993 as does the program’s streak of consecutive seasons with a winning record. In 1992, the Hokies went 2-8-1. It has been 25 straight winning seasons since then. The Hokies would need to win this game to continue the winning season streak.

Key Player: DT Ricky Walker is one holdover from a defense that lost a lot from what it had in 2017. Walker has been a consistent contributor during his Hokie career. Those stats continued this year as he took more of a leadership role in his senior year. He finished with 49 tackles and 10.5 tackles for loss and has 127 tackles and 30.5 tackles for loss in his collegiate career. He will need to lead a defense to stop a Cincinnati run game and also to get pressure on the quarterback.

Fantasy Bonus Baby: QB Ryan Willis eclipsed the 5,000-yard career mark in the last game versus Marshall. He has 22 touchdown passes in 2018 but is also good in the run game and has rushed for more than 300 yards and three more scores. He will likely be the key offensive force for the Hokies and be a good play from a fantasy perspective.

Fearless Predictions:
Jamie: Cincinnati has been an under the radar team all year. Virginia Tech had to schedule a random late game against Marshall just to become bowl eligible. Cincinnati 35, Virginia Tech 0

Kent: The Bearcats have an overall better team on paper than Virginia Tech on both sides of the ball. The Hokies have played better late in the season but Cincinnati is too strong. Cincinnati 38, Virginia Tech 24

Chuck: Lots to play for for the Hokies, but Cincy’s success is hard to ignore. Cincinnati 31, Virginia Tech 17