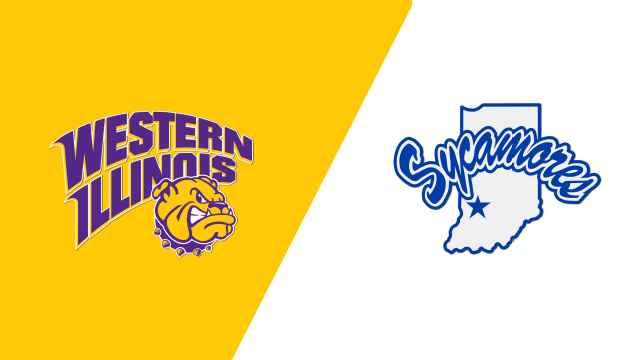 Outside of possibly NDSU, Indiana State is the hottest team in the Missouri Valley Football Conference. The Sycamores have made the playoff push in likely needs to secure a fifth straight win to secure a playoff spot.

Indiana State is one of the top turnaround teams in the nation after going winless last year (0-11).

Indiana State ranks 57th in FCS with a 38 percent conversion rate (51-of-135) on third down, an improvement from a year ago when the Sycamores finished 122nd after converting just 21 percent of their third down opportunities. The team is also moving the ball at a much higher rate with 211 first downs, fifth-best in the MVFC.

Key Player: LB Jonas Griffith is a force to be reckoned with on the Sycamore defense. In 10 games this season, Griffith has 123 tackles (73 solo) to lead the Missouri Valley Football Conference. He has recorded 18 tackles in consecutive games in weeks seven and eight and has had eight or more tackles in all but one game this season. His 12.3 tackles per game rank fourth nationally while his 7.3 solo tackles per game ranks tops in the country. Griffith sits just 33 tackles away from 300-career tackles with a year of eligibility remaining.

Fantasy Bonus Baby: QB Ryan Boyle ranks 16th nationally and third in the MVFC with a 148.3 passing efficiency rating. He holds a 63.3 completion percentage (119-of-188) which is 15th best nationally and tops in The Valley. He has thrown for 1,478 yards and 12 touchdowns in eight starts. Boyle has also racked up 604 yards on the ground which is second-best on the team. Boyle has thrown for at least two touchdowns in the last three games. Look for him to equal that mark in this contest.

Western has a 26-15 edge in the all-time series and is currently working a five-game winning streak.

Western Illinois is coming off a loss at South Dakota last week but had won three in a row prior to that loss.

Key Player: QB Sean McGuire is Western’s career leader in passing yards (9,617), touchdowns (72), completions (755), and attempts (1,264), accomplishing each of the marks this season. McGuire matched his career-high with four touchdowns thrown in the Leathernecks’ MVFC opener against Youngstown State and was named the MVFC Offensive Player of the Week for the game, adding a rushing TD while completing 22 of his 34 passes with no interceptions.

Fantasy Bonus Baby: RB/KR Steve McShane is another senior along with his quarterback to play their last regular season game as a Leatherneck. This year, McShane’s rushing numbers are a little lower than they have been over the past couple of seasons but still has found the endzone a total of 12 touchdowns rushing, receiving, and punt returning. Look for a big last game in the scoring column for McShane in this contest.

Fearless Forecast: With the MVFC having the lock of NDSU as the conference champion and a virtual lock with SDSU with a 7-2 overall mark, the best FCS conference at least according to the Sagarin rankings, will undoubtedly get at least one additional team into the playoffs but since most have knocked each other off, a six DI team (one of Indiana State’s win is against a sub-DI school) will likely get into the postseason. With both teams performing well to end the season (outside of last week’s loss for WIU), the winner of this one will most likely get into the playoff field. Look for this game to come down to the end. Both teams have been up and down but I like what Indiana State has done this year and think they will win this game on the road. Indiana State 27 Western Illinois 24