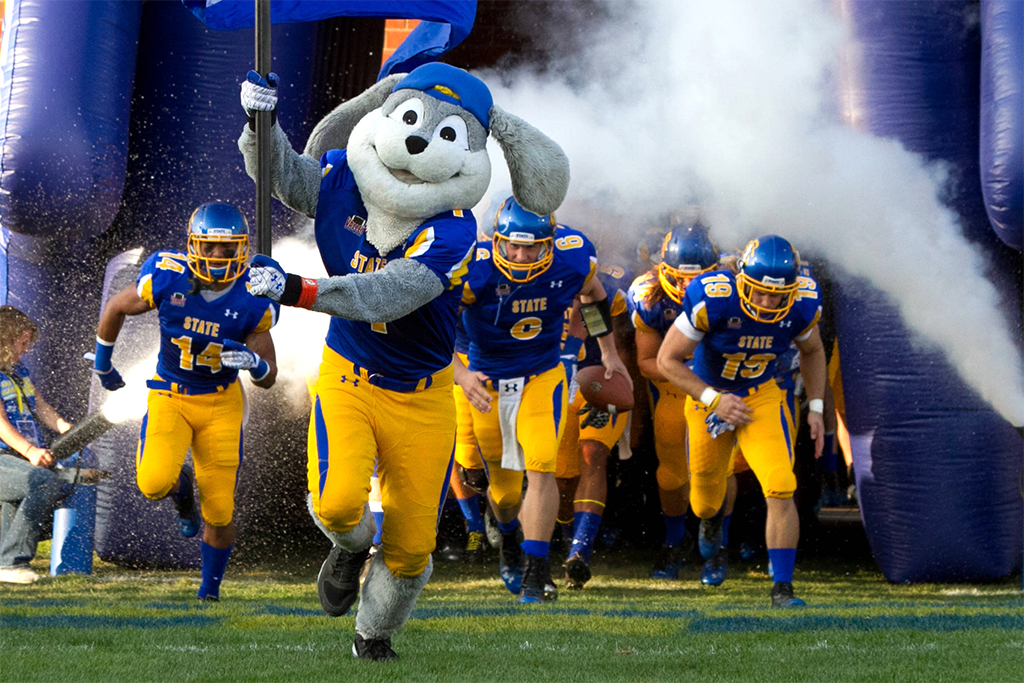 The Jackrabbits are coming off a win in beating Youngstown State 36-7 last week. Overall, SDSU has scored 48.4 points per game this season.

The Jackrabbit defense has been very good too in giving up just 19.4 points per game so far this season.

Home-field advantage has meant little in the series’ recent history as the road team has won each of the last four regular season meetings, starting with a 31-28 Jackrabbit victory in Cedar Falls, Iowa, during the 2014 season.

The two teams split the season series in 2017, with both games played at SDSU’s Dana J. Dykhouse Stadium with UNI winning the regular season match-up and SDSU won the meeting in the playoffs.

Key Player: RB Isaac Wallace has rushed for 413 yards so far this season. Keeping the running game going to go with the high profile passing attack of the Jackrabbits will be a key to a balanced attack against the strong UNI defense.

Fantasy Bonus Baby: QB Taryn Christion became SDSU’s career leader in passing yards Oct. 6 against Indiana State and moved to the top of the Missouri Valley Football Conference charts for total offense last week. He enters the week with 9,675 passing yards (previous SDSU record was 9,458 yards by Austin Sumner from 2011-14) and 10,986 yards of total offense as he surpassed the previous MVFC mark of 10,952 yards by Illinois State quarterback Matt Brown from 2009-12. Look for those numbers to grow in this game.

Northern Iowa totaled 356 total yards last week at South Dakota in a 42-28 win. The Panthers opened the season in recent historically fashion–slow. UNI started with two losses at Montana and FBS Iowa before defeating Hampton and Indiana State. And then UNI lost at home to to North Dakota State and won on the road over South Dakota last week.

UNI holds a 30-21-2 advantage in the series, including an 8-5 advantage since SDSU joined the Football Championship Subdivision in 2004.

Key Player: LB Rickey Neal leads the Panthers with 4.5 sacks and 7.5 TFLs on the year. He is sixth in tackles (25) and has broken up two passes and added five QB hurries. He and the rest of the UNI defense will need to try to at least hold down the strong SDSU offense.

Fantasy Bonus Baby: QB Eli Dunne has come off being benched to open the season at Montana and the start of the Iowa game to become the Panther leader on offense. He has thrown for 1,252 yards (208.7 per game) and 12 TDs (six in two home games) and only thrown two interceptions. The UNI-Dome seems to bring the best out of him so watch for him to get some big numbers in this game.

Fearless Forecast: As UNI started out against NDSU strong, look for the Panthers again to be strong to begin this game, which is UNI’s Homecoming contest. SDSU has shown in the past, however, that it can come back from a deficit. Look for the Jackrabbits to come back and get the victory late. SDSU 38, UNI 31