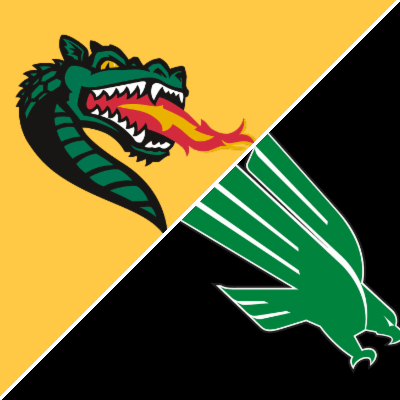 North Texas lost to Louisiana Tech three weeks ago, but it got its offense rolling again after a few underwhelming performances, beating Southern Miss 30-7 last week and UTEP two weeks ago. UNT struggled early offensively in its win over Southern Miss last week. The Mean Green led just 10-7 in the final minute of the third quarter before scoring 20 unanswered points down the stretch.

UNT won last year’s game against UAB 46-43 in a back-and-forth shoot out. Look for this year’s game to have a more of defensive nature given how the two teams have produced so far this season. UNT is allowing just 17.6 points per game and ranks 19th nationally in scoring defense.

Key Player: LB E.J. Ejiya may be the top UNT defender against the run game. He leads the team in TFLs (14) and Run Stuffs (18.5). Eijya also has a team-high 6.5 sacks. With UAB a run-first kind of offense, he and the rest of the Mean Green defense will be a key to a UNT win.

Fantasy Bonus Baby: QB Mason Fine is one of the nation’s best signal callers. Fine has passed for 2,210 yards with 16 touchdowns and just one interception. Only Alabama’s Tua Tagovailoa (21 TDs, 0 INTs) has a better TD-to-INT ratio in all of FBS. Overall, he has thrown for 2,210 yards this season. Even with a strong UAB defense, look for Fine to get some good numbers in this game.

The Blazers are off to their best start in school history and are riding a four-game winning streak. UAB is 9-0 at home since its return to the playing field and the Blazers currently own the nation’s fifth longest home winning streak.

UAB enters the game ranked sixth nationally in total defense. Other lofty national defensive ranks include: second in sacks per game (3.83), third in passing yards allowed per game (134.8), third in pass defense efficiency (94.32), fourth in third down defense (23.4), and fifth in scoring defense (14.2).

The Blazer offense is headed by its rushing attack, which ranks second in Conference USA. Through six games, the Blazers have amassed 1,396 rushing yards and average 232.7 yards per game. UAB has run for over 200 yards in five of six games and has scored no less than two rushing touchdowns in every game.

Key Player: QB A.J. Erdely continues his climb in the UAB record book after a three-touchdown performance at Rice. He now has 23 career passing touchdowns and 18 rushing touchdowns. His 41 total touchdowns rank him fourth all-time. He needs two more passing TDs to move into sixth place all-time on the career passing touchdowns list, which is currently held by Austin Brown (24 from 2012-13). But with the key to the offense being he rushing game, look for UNT to focus its defense on that and for Erdely will need to be able to make the Mean Green pay for that key.

Fantasy Bonus Baby: RB Spencer Brown is C-USA’s fourth leading rusher at 81.8 yards per game. Brown has had at least 90 rushing yards in four of six games, including two 100-yard performances. The sophomore has two multi-touchdown games this season. He comes into this game with 491 yards rushing and seven touchdowns. If Erdely can find some passing success early, look for Brown then to show his skills in the running game.

Fearless Prediction: UNT knows a loss to UAB will all but end pretty much any suspense for who will win the C-USA West Division. UAB’s most impressive win was over Louisiana Tech 28-7 on the road, while UNT lost to the same La Tech team. But UNT will come into this game very prepared knowing the consequences of a loss so I like the Mean Green to win a close, rather low scoring game. UNT 27, UAB 24