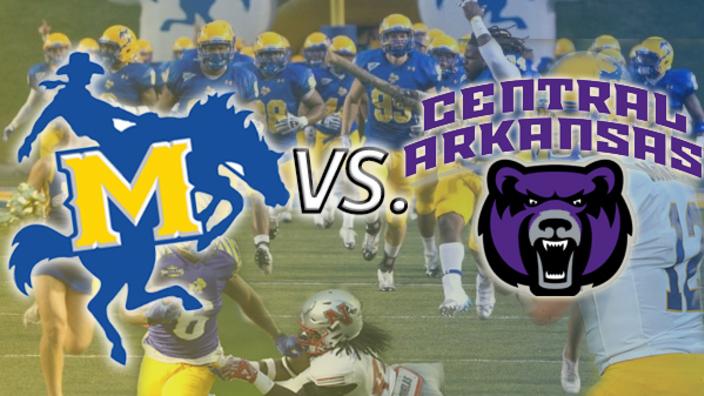 Central Arkansas won the Southland last year, but appears to get lost in the discussion this year when talking about top conference teams.

However, the Bears are 4-1 and tied for the top spot.

The Bears are riding a three game winning streak led by quarterback Luke Hales who threw for five touchdowns in last week’s win over Northwestern State.

The Bears offensive line is their team’s top unit. Keeping the quarterback upright is the best way to team success. So far this season, the unit has only surrendered nine sacks. The Bears running backs have only been stopped for a loss on average for 16 total yards per game. The offense moving forward instead of backward is a recipe for success.

Key Player: QB Luke Hales has played extremely well after taking over under center for the Bears. In the three games he has played, Hales has two games where he has thrown five touchdown passes. To go along with his 11 touchdowns this year, Hales has only been intercepted twice. He is a little off target with his passing, completing under 50% of his throws. For the Bears to have long term success, his completion percentage must increase moving forward.

Fantasy Bonus Baby: RB Kierre Crossley is the lighting of the Bears thunder and lightning running duo along with Carlos Blackmon. Crossley is explosive, averaging nearly six yards per carry. He only has two touchdowns on the season where Blackmon has seven. But in this game, call it a hunch, Crossley will break a long run and score as well as eclipse the 100 yard mark on the ground.

The Cowboys escaped against Stephen F Austin and Abilene Christian by a single score, before imploding in a blowout loss to Incarnate Word last week.

Despite a 5-2 record, McNeese can ill afford another bad outcome and expect to make the playoffs this season.

Key Player: LB BJ Blunt. When a team is struggling on offense, the defense has to step up and keep the opponents out of the end zone. For McNeese, BJ Blunt is the leader of the defense. Blunt makes life difficult for opposing offenses, with 56 total tackles including 11.5 for loss and seven sacks so far this year. Blunt against a tough Central Arkansas offensive line will be a matchup to keep an eye on this week. For the Cowboys to have a shot to win this game, Blunt will have to be in the backfield a bunch to get the ball back for the offense.

Fantasy Bonus Baby: WR Cyron Sutton is the Cowboys leading receiver. Sutton averages 17 yards per catch and can “take the top” off the defense. Look for him to get loose for a long touchdown catch in this game.

Fearless Prediction: This game features two teams heading in opposite directions. Expect each team to continue heading in the same direction they were entering the game. Central Arkansas 33, McNeese State 10