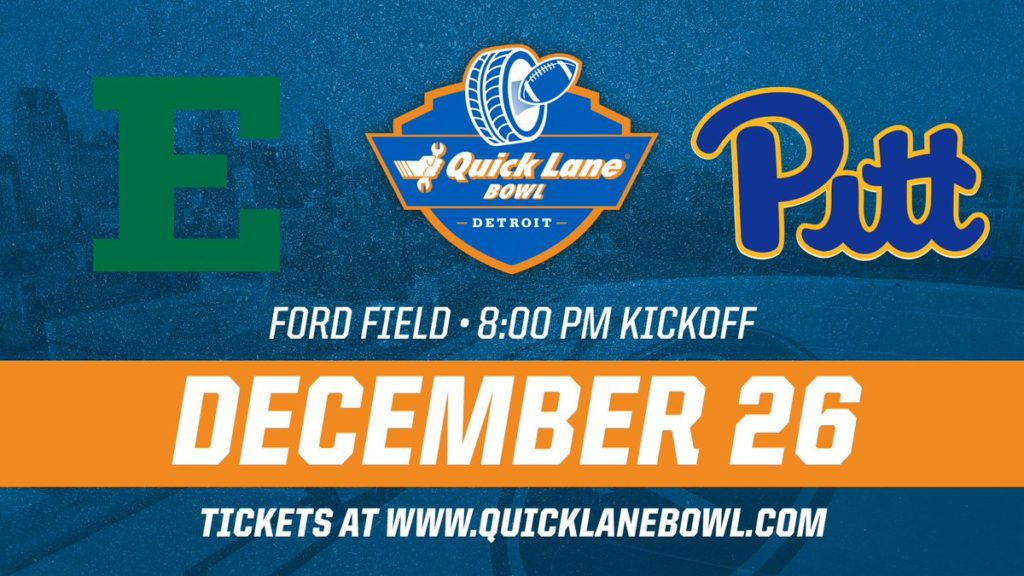 The Eagles won two of its final three games to become bowl eligible, although it did lose its last contest to Kent State. Eastern Michigan threw the ball an average of 34.5 times per game and led the conference in both passing yards per game (280.8) and passing touchdowns (25). QB Mike Glass enters the game coming off one of his most prolific performances of the year, completing 29 of 37 passes (78.4 percent) for 386 yards and three touchdowns with two interceptions in that narrow loss to Kent State. EMU is throwing for more than 280 yards per contest, which ranks 29th nationally.

Coach Chris Creighton is no stranger to postseason wins, getting out of the first round in all three appearances with Wabash at the Division III level during his seven-season run with the Little Giants in the 2000s, but he and the Eagles are still in search of a bowl win. The program hadn’t appeared in a bowl game since 1987 before Creighton led bowl appearances in 2016 and 2018, and that 1987 California Bowl win against San Jose State remains Eastern Michigan’s lone bowl victory.

Senior RB Shaq Vann is a good player, but has been a part of a committee this year with Willie Parker and Breck Turner. Running the ball will be tough against this defense so this stable of RB’s will really need to step up. Coming into the season, Senior WR, Arthur Jackson III was the big name who was Glass’ go to receiver and while he has had a solid season he has kind of been overshadowed by Dylan Drummond. Drummond is a sophomore wideout that leads the team is receiving stats and has been a tough player for teams to stop this season.

Defensively, the star for the Eagles is CB Kevin McGill. McGill is a long, physical CB who excels at the line of scrimmage in EMU’s cover 2 look. EMU, however, has shown little resistance to its opposition. The Eagles have allowed 6.02 yards per play, which ranks eighth (out of 12 teams) in the MAC and 90th nationally. Key Player: QB Mike Glass has completed 67.8 percent of his passes for 2,858 yards, 22 touchdowns, and 10 interceptions, and he’s second on the team with 345 rushing yards and seven more scores. He will likely need to keep score for score with Pitt given that defense of the Eagles. His key will be able to make the third down throws to keep drives alive and he will also need to make the right reads to mix in the running game as well. The Panthers’ success in 2019 has been largely a credit to a defense that’s been one of the best units in the country. Pitt ranks No. 5 nationally in total defense (4.44 yards per play allowed), No. 8 in rushing defense and 12thh in opponent’s passer rating.

The Pitt defense is headed up front with its defensive line and namely All-ACC DT Jaylen Twyman. The redshirt sophomore leads the nation’s interior defensive linemen with 10.5 sacks, and has helped lead a pass rush that ranks second nationally with 4.08 sacks per game.

Coach Pat Narduzzi has guided the Panthers to four bowl appearances in his five years and has totaled a 35-29 record logging 24 ACC wins (tied for third in that time span) with an ACC Coastal Division title in 2018. But losses to Navy, Northwestern and last year to Stanford in the Sun Bowl have left Narduzzi without realizing that one last coaching goal for the early part of his tenure: a postseason win.

Offensively, it all starts with senior WR Maurice Ffrench. He is a versatile playmaker that does everything for Pitt. His play after the catch combined with his quickness will be key for Pitt offensively. His 84 catches on the season in their run heavy offense just speaks to Ffrench’s playmaking ability.

QB Kenny Pickett finished the regular season ranked No. 14 nationally in pass attempts (430), having averaged 39.1 passes in his 11 starts as a junior. In 2018, Pickett averaged 22.1 pass attempts in 14 games. He has completed 60.9 percent of his passes for 2,737 yards and 10 touchdowns with nine interceptions and ranks 29th nationally in passing offense (248.8 ypg).

Key Player: Maurice Ffrench ranks third among all FBS players with an average of 8.4 receptions per game and has caught at least six passes in every game in which he appeared. He also leads the Panthers with three touchdown catches and is second with 685 receiving yards. The match-up against EMU CB Kevin McGill should be a good one and Ffrench will need to get open for QB Pickett.

Kent: Pitt is the heavy favorite in this game as a Power Five squad and had an advantage in most areas in all areas but EMU is playing near home in Detroit so it should have a bit of a home field advantage. This game will be close for the first half but the Panthers will be able to use the talent to win the first bowl for Coach Narduzzi. Pittsburgh 31 EMU 20

Chuck: I agree with Kent. EMU might surprise people early with a bit of a “home advantage” surge but ultimately Pitt will have too much for Eastern Michigan to overcome. Pitt 28, EMU 24