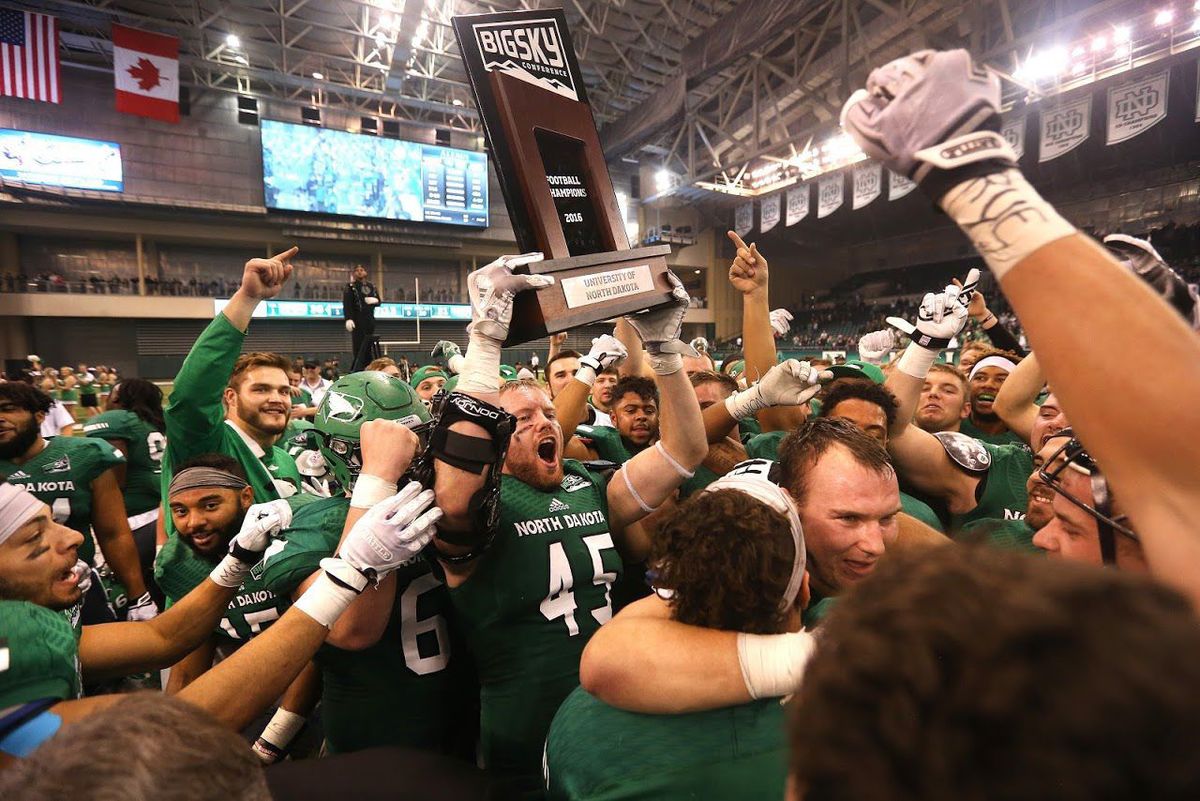 Wow, it is hard to believe we have just one regular season week left this season. It seems the season just flew by. We know Eastern Washington and North Dakota will see action past this week as both are locks for the playoffs. I think both probably will get seeds in fact.

After that, there are no locks. Weber State and Montana are on the fringe even if they win this week. Cal Poly and Northern Colorado are also in this boat but will have the luxury of playing each other in what will make for a late night for the playoff committee with this game kicking off at 9:00 EST.

This will be our final rankings before we get into the playoffs. I hope these have been entertaining to those that have read. Just like in the past, the prior ranking is in parenthesis.

This week, the Playoff Committee put the Eagles at #2 in their rankings. I have to believe unless the unforeseen happens in Portland Friday that EWU will stay right there. This school was the last to win the national title before NDSU’s five year run. They look like the best team to try to knock the Bison off of their perch.

UND’s comeback from 21 points down in the second half was very impressive over NAU in Grand Forks last week to get at least a share of the BSC title. Now, the Fighting Hawks can sit back and get ready for the postseason. UND is right on the fringe of a Top 8 spot after coming in at #10 in the Playoff Committee rankings. If all the cards fall the right direction, UND might just have two weeks off.

This Week: vs. Northern Colorado

Two straight losses has Cal Poly abruptly on the playoff bubble. The Mustangs are now in playoff mode. A win over fellow playoff contender Northern Colorado should be enough for them to get in.

Last week’s win over Montana might have been the biggest DI win in program history. The Bears, however, just might surpass that win with a road win at Cal Poly this week.

This Week: vs. Southern Utah

NAU basically gave the UND game away last week and dashed any hope for the postseason. The Lumberjacks can still hope for a winning record with a home win against rival SUU.

This Week: vs. Montana State

Montana probably will get in the playoffs with a win over their Brawl of the Wild rival MSU. But the Griz probably will be the last team in at 7-4. The road win over Northern Iowa might be the only feather in its cap to the playoff committee.

Like its opponent, SUU hopes for a winning record in this game. SUU played two FBS teams to keep it out of the running basically.

The Hornets got its second win in the conference and overall last week over Portland State. Sacramento State plays Causeway rival UC Davis on the road in what amounts to bragging rights only for the victor.

The Vikings will have a lot to work on in the offseason. The team likely overachieved last year and underachieved this year. PSU will hope to play a big spoiler in its home game against Dam Cup Clash rival Eastern Washington.

MSU finally got in the win column in BSC play. Now the Bobcats hope to also end the Grizzlies season in Missoula.

This Week: vs. Weber State

The Bengals hope to keep rival Weber State out of the playoffs in this game.

This Week: vs. Sacramento State

The Aggies lost to previously winless in the conference Montana State and now hopes to rebound to play rival Sacramento State. This may be the Hornets year.