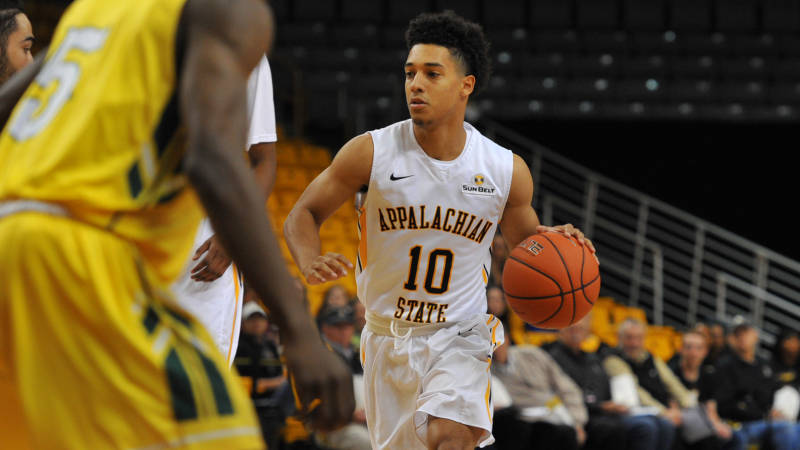 BOONE, N.C. — If there was one thing that the Appalachian State men’s basketball team needed on Thursday night after a pair of competitive, but tough losses on the road to Davidson and Tennessee, it was a shot of confidence.

And the Mountaineers (1-2) earned that in record-breaking fashion with a 119-51 victory over Warren Wilson College (3-1) before 1,057 fans at the Holmes Convocation Center.

Freshman guard Patrick Good led a balanced attack with 16 points as Appalachian set a Holmes record for points scored and came within one point of tying the school’s single-game scoring record.

The Mountaineers also established another mark for the largest margin of victory with the 68-point triumph. The previous high margin was in a 112-47 victory over Milligan on Dec. 30, 2008.

Milligan also was the opponent in the previous record-scoring game at the Holmes Center, losing 113-91 to the Mountaineers on Dec. 17, 2009.

“We’re young, so we’re going to show some immaturity, but tonight we had a complete game,” Good said. “Dropping the first two, looking back on those games, we’ve built off that so far, and we just have to carry it over to our next non-conference games.”

In all, five players scored in double figures and every member of the 15-man roster scored and played at least nine minutes on a night where ASU worked well to find open shots against the undermanned Owls.

Jake Babic and Tyrell Johnson tallied 13 points apiece, with Babic leading the Mountaineers with six of the 27 assists they managed on the night. Emarius Logan added 11 points and Ronshad Shabazz chipped in with 10.

“We play a schedule I think is by far the toughest in our league, so you play a game like this, the temptation is to win by 50 after five minutes and to play the scoreboard,” ASU coach Jim Fox said. “I thought our guys did a great job of playing round by round.”

After leading with just over five minutes to play and losing 86-74 last Saturday at Davidson and battling Tennessee hard to a 103-94 defeat on Tuesday night, the Mountaineers still have games at Duke, Charlotte and North Carolina State ahead on their non-conference schedule.

App State travels to Hartford for its next game on Wednesday night.

WWC. a team from the United States College Athletic Association, took a 3-0 lead on Michael Pomeroy’s trey just 41 seconds into the game, but by a minute later Appalachian had scored on two possessions to move in front for good.

By halftime, that advantage had grown to 33 points at 57-24 and a 24-2 run during the first six-and-a-half minutes of the second half left scoring records as the main attraction for the rest of the contest.

“I feel like we got better tonight,” said Johnson. “We need to have a lot of confidence going into the next few games.”