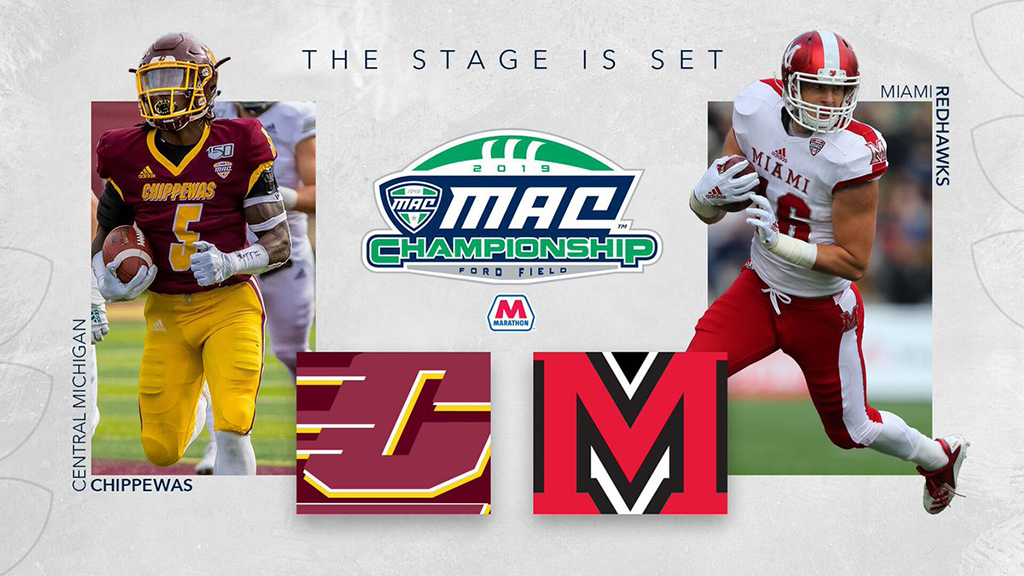 Season Recap: The Chippewas come into this game with some momentum as CMU had a 49-7 throttling of Toledo in their regular-season finale extended CMU’s winning streak to three in a row to secure the MAC West title. It was an impressive efftor by Coach Jim McElwain in his first year as CMU went 1-11 in 2018.

Offensively they are led by QB Quinten Dormady, who has thrown for 1,916 yards and 13 touchdowns. CMU also has a potent rushing attack that has scored 33 rushing touchdowns this year.

Defensively Troy Brown is tops on the team with 78 tackles and three interceptions. Sean Adesanya has 7.0 sacks and 14.5 tackles for loss for the Chippewas.

CMU is a perfect 3-0 in the MAC Championship Game, but this is the Chippewas’ first appearance since 2009. The all-time series between this team is close, with Miami holding a 14-13-1 lead due to winning each of the past two meetings (2016, ’17). 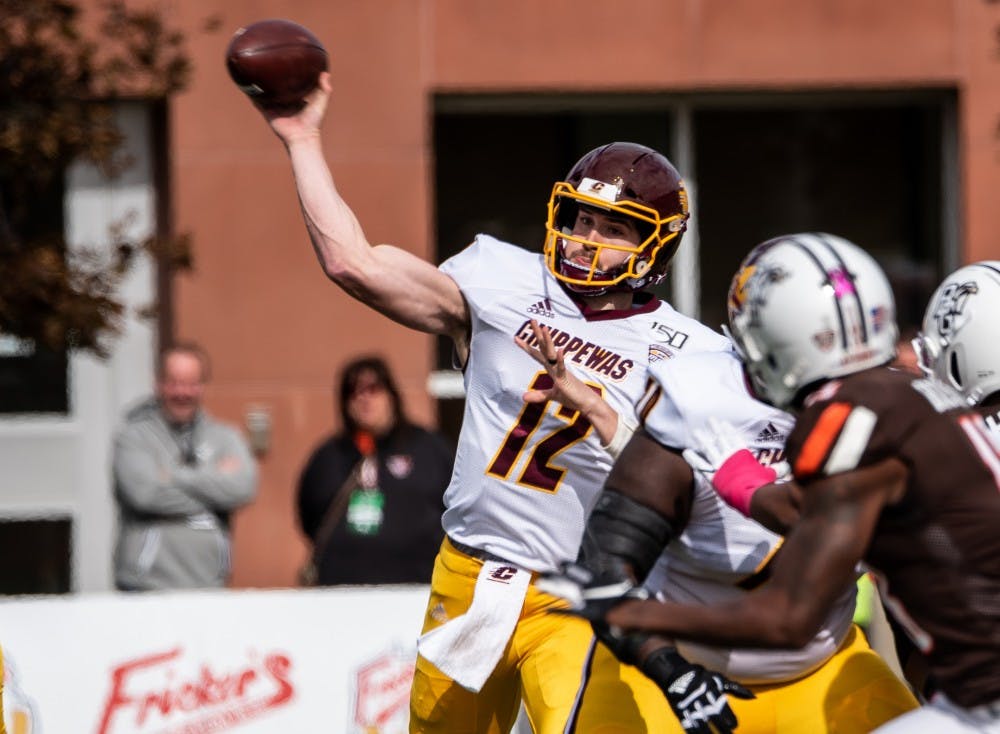 Key Player: QB Quinten Dormady overcame an injury to start the season and came back in the second half of the year with 250 passing yards or more the last six games of the season. He has nearly a 67 percent completion rate with a 13:5 touchdown-to-interception ratio. The key will be for Dormady to keep possession of the ball. The Chippewas’ 24 turnovers are the second-most in the MAC and include a conference-high 15 lost fumbles. 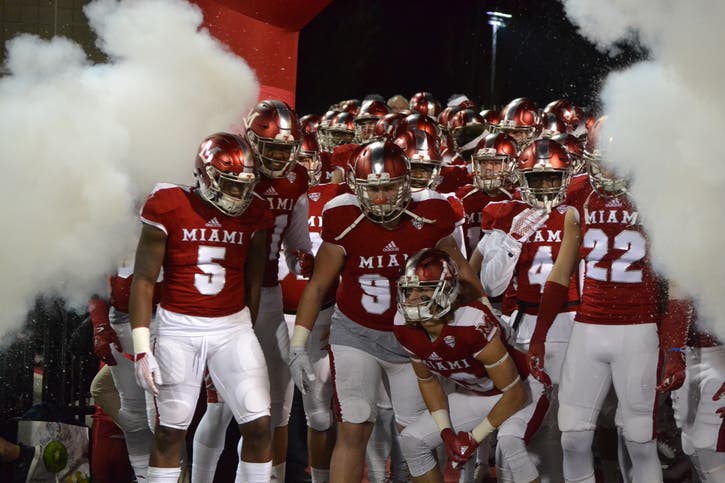 Season Recap: The RedHawks clinched the MAC East Championship with a 6-2 record. This is the third time in four years the RedHawks finished the regular season with a 6-2 conference record. After graduating 25 seniors a year ago, Miami’s depth chart is much younger in 2019. On the two-deep alone, Miami features 17 players classified as sophomores or younger.

Miami is coming off a loss to to Ball State that snapped a five-game win streak, but the RedHawks still come into the championship game having won six of its last eight games, after opening the season 1-3 with losses to Ohio State, Iowa and Cincinnati.

Miami won the most recent game against Central Michigan 31-14 when the two faced off two seasons ago in 2017.

This will be the RedHawks’ fifth appearance in the conference title game (initiated in 1997) and their first since 2010. They are 2-2 in the MAC Championship Game including a 35-10 loss to Central Michigan in 2007.

Key Player: QB Brett Gabbert was named MAC Freshman of the Year during this week. The true freshman has been the starter following Week 1 and enters this game with a 54 percent completion rate while throwing for 1,967 yards, 10 touchdowns, and eight interceptions. Gabbert’s overall numbers are somewhat due to the fact that Miami doesn’t throw the ball a lot. Look for CMU to force Gabbert to beat them with his passing so he will need to perform at a higher level for the Redhawks to come out with the MAC crown.

Fearless Forecast: Central Michigan comes into this game with all the momentum and have a stronger team overall. The turnovers all season have plagued the Chippewas so that will have to stop for CMU to win this game. The Redhawks are limping in after its loss last week but they did have their division already clinched. But I think CMU will be able to control the turnovers and come out with the MAC crown. Central Michigan 33 Miami (OH) 24