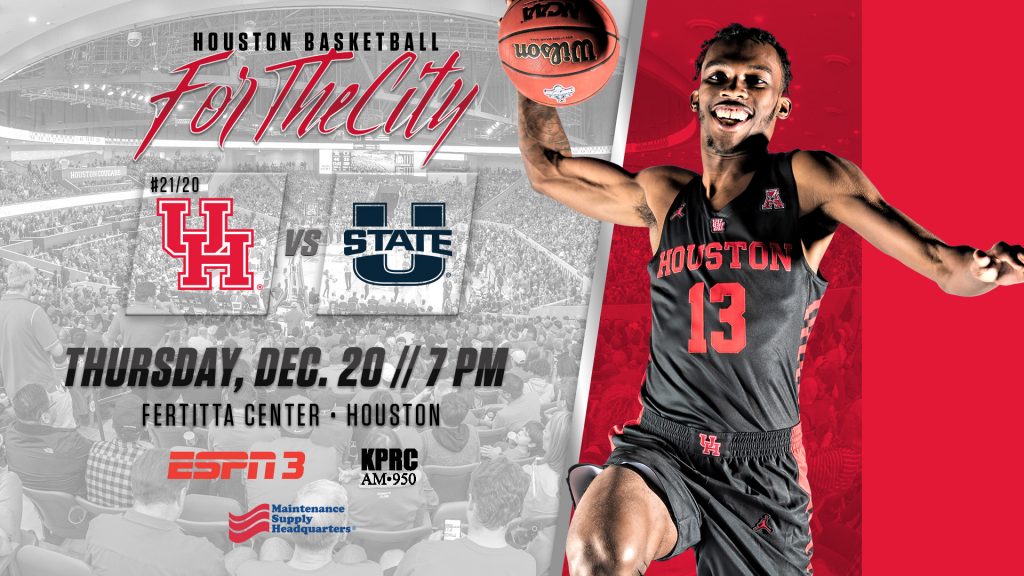 Utah State (9-2) takes a pre-Christmas trip to Houston, Texas in a matchup against a Top 25 opponent. The Aggies are tied 1-1 in the all-time series against Houston, with the teams last playing during the 1969-70 season.

Key Fantasy Player: The Aggies have gotten great underneath in a hurry in their frontcourt thanks to a Portugese import, C Neemias Queta. This 6’11 240 lb star played on Portugal’s U20 team and he hasn’t missed a beat on Utah State, averaging 10.3 ppg and 8.5 rpg with limited minutes. He also alters plenty of shots (27 blocks) in a game where he might be counted on for plenty of extra minutes.

Scouting Report: Houston enters Thursday’s game on the heels of a pair of tough home wins over LSU and Saint Louis last week. With those wins, Houston remained one of only nine undefeated teams in the na- tion and moved to 10-0 for only the second time in school history and the first time since 1967-68.

The Cougars have won 23 consecutive home games. The sreak is the nation’s secondlongest active streak and trails only South Dakota State (26). Houston’s home loss was a 78-75 setback to Akron in the NIT First Round in H&PE Arena on March 15, 2017.

Key Fantasy Player: If Houston is going to win this game, it will have to come from the backcourt, where G Armoni Brooks (15.8 ppg, 7.2 rpg) is going to have to take over. Last time out against LSU, he had a subpar game (3-11 from 3, 13 points) but delivered 9 boards in their victory.

A fascinating matchup awaits in Houston tonight. It’s hard to imaging Brooks being ice-cold two games in a row, but if he does, Utah State has the muscle to win this game down low. At home, I think Brooks gets hot enough to win this game. Houston 65, Utah State 57