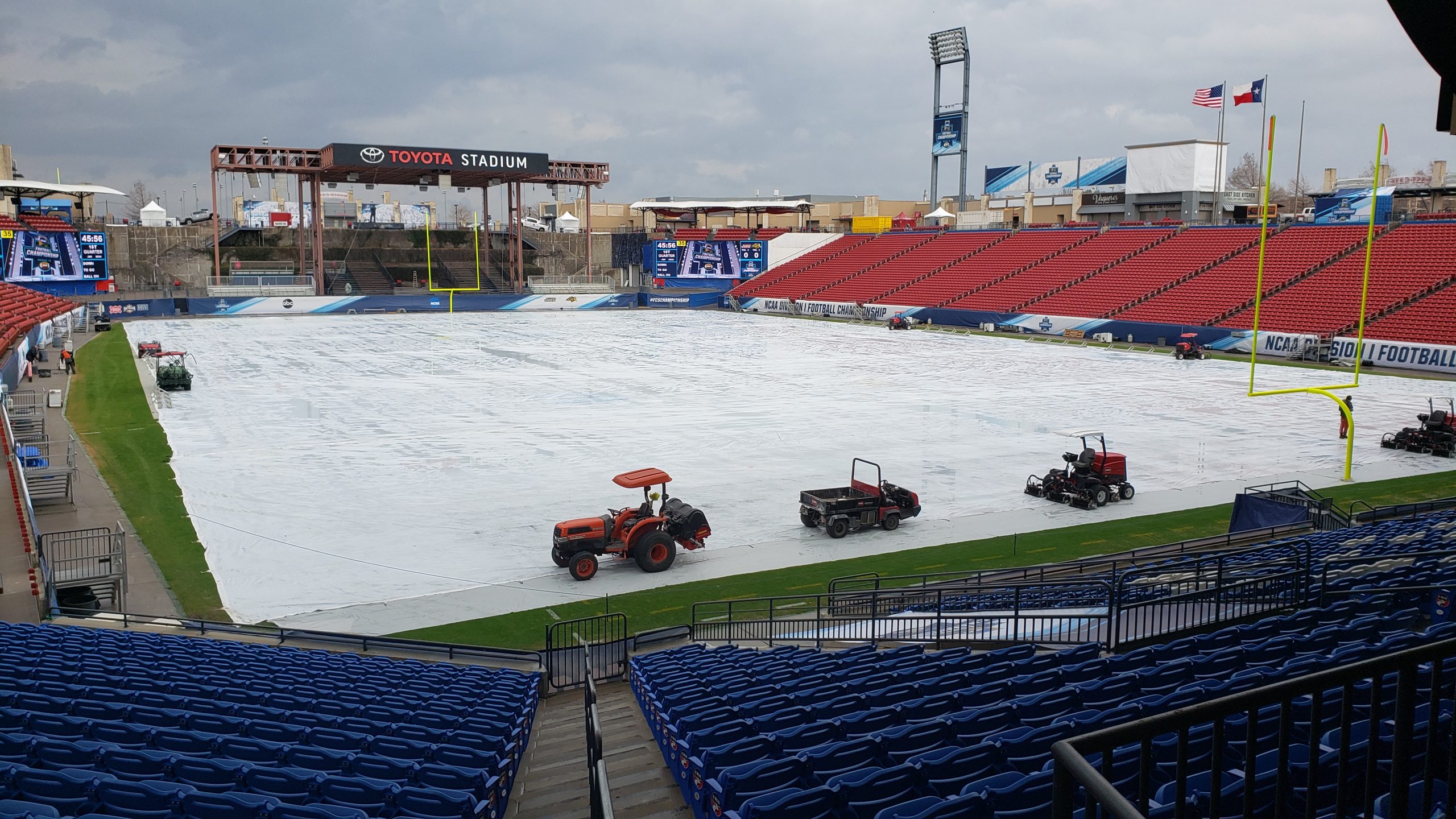 Here are some photos taken as James Madison and North Dakota State had their press conferences ahead of tomorrow’s 2020 national title game. The weather was rainy the past two days and is expected to be dangerous tonight with heavy thunderstorms rolling through Frisco. The front will bring colder weather with highs tomorrow dipping into the lower 40s after highs the last two days being in the upper 60s.

The field at Toyota Stadium has been covered all day and the rain is expected to be by Frisco at least by the 11:00am local Central time.

Below are audio files from the pregame Press Conferences from each team.

Audio Courtesy of the NCAA.