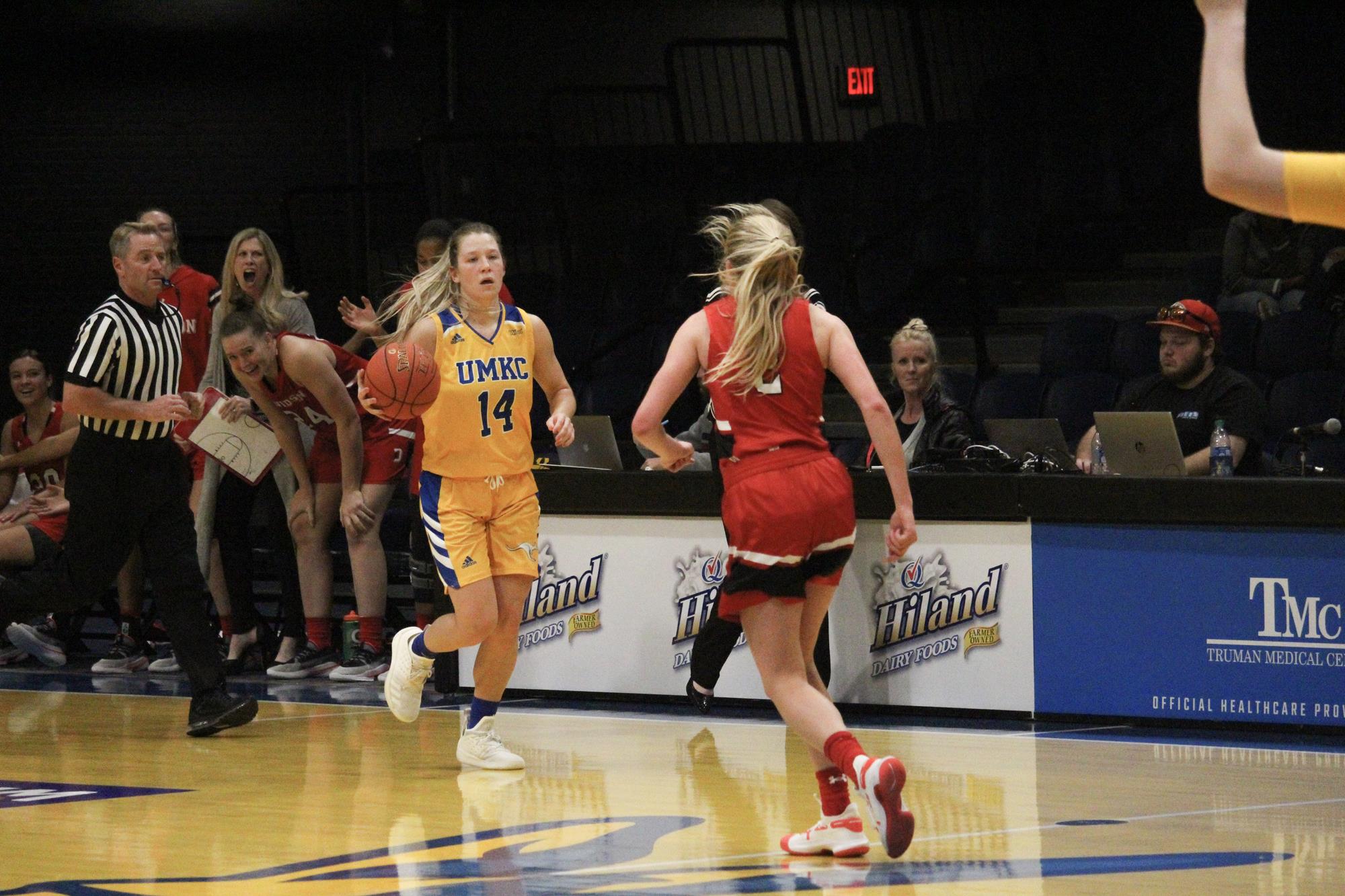 The first week of the Western Athletic Conference women’s basketball season has proven several things. One, there’s a lot of basketball to be played. Two, anything can happen by the time the postseason begins.

Oh, and preseason polls can sometimes be really off the mark.

Bakersfield and Utah Valley both swept a pair of games to open the conference season and sat atop the league standings heading into this week’s slate of games.

The Roadrunners opened the conference season on the road with a 59-54 win over Grand Canyon in Phoenix. Bakersfield topped California Baptist 66-61 on Jan. 8 and is idle this weekend. The Roadrunners do not play again until entertaining Kansas City (Jan. 16) and Chicago State (Jan. 18).

That Bakersfield is atop the league standings is a surprise to many. The Roadrunners were picked to finish fifth, according to the preseason poll.

The early league leaders are being led by a trio of players who are averaging in double figures in scoring.

Forward Jayden Eggleston (6-1, RS, So.) tops the Roadrunners with 11.4 points and 5.9 rebounds per game. An athletic and versatile player, Eggleston is third on the team with 21 steals and her 23 assists ranks her fourth on the team in that category.

Ashley Austin (5-5, So), a guard, and center Vanessa Austin (6-1, Jr.), who are not related, are both scoring at a 10.4 points per game clip on the young season. A playmaker with the ball in her hands, Ashley Austin is second on the team with 24 season and third with 26 assists through Wednesday’s win over California Baptist. She also has pulled down 2.9 rebounds per game this season. Vanessa Austin is second on the team with 5.7 rebounds per game.

Utah Valley has also been an early season surprise in the WAC. The Wolverines, who were tabbed sixth in the preseason poll, and lost their first five games of the season and were 1-9 after a 72-46 loss at Weber State on Dec. 17.

Things have been improving in Orem. Interesting how a four-game winning streak can be a remedy, of sorts.

The Wolverines defeated Utah State 57-49 to begin the current trend of winning. They defeated Ottawa (Ariz.) 99-50 before opening conference play with wins over Chicago State (89-58) and Kansas City (62-41).

Eve Braslis (6-1, So.) and Jordan Holland (6-0, Sr.) are leading the Wolverines in scoring on the young season. Braslis, a forward, leads the way with 10.5 points per game, whole Holland, a center, is not far behind with an average of 10.1 points per contest. That tandem of leaders also among the team leaders in rebounding with Holland second on the team in that category with 5.5 rebounds, while Braslis is tallying 4.4 rebounds per game. Josie Williams (6-5, So.) leads the Wolverines with 5.6 rebounds per game.

That may not have been that much of a surprise, even though CBU was picked No. 2 in the preseason poll.

What is most surprising is that the Aggies are sitting a 4-10 at this point of the season.

NMSU lost the season opener 60-58 to UC-Riverside before downing Denver (78-75) to even its record at 1-1. A six-game losing skid put a damper on a season that began with plenty of optimism. Recent losses to New Mexico (107-53) and Arizona State (70-47) have marred the early season for the Aggies.

Gia Pack (5-10, Sr.) leads the Aggies in scoring and rebounding from her guard position. She is has scored 243 points (17.4 ppg) and is averaging 8.4 rebounds per outing. She is also leading the way with 37 assists and 21 steals on the season.

UMKC KANGAROOS: Kansas City has a chance to make a statement in the early going on the conference. A win over New Mexico State could provide the Kangaroos with a measure of confidence that could only increase as the season progresses.

Kansas City is currently being led by a pair of guards in the form of Erika Mattingly (5-7, Sr.) and Emily Ivory (5-5, So.), who are the only players scoring in double figures this season. Mattingly is scoring at 15.9 points per game and is averaging 4.6 rebounds per outing. Her rebounds rank her fourth on the team. She tops the Roos with 66 assists and 37 steals on the season. Ivory, meanwhile, is second on the team with 17 steals and has 20 assists to her credit.

Cristina Soriano (6-5, Sr.), a forward, is just off the scoring pace set by Mattingly and Ivory. Soriano currently is scoring 9.6 points per game and her 7.2 rebounds leads the team.