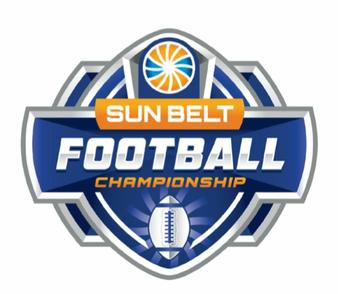 Season Recap: Coach Billy Napier came to the Ragin’ Cajuns from Arizona State where he served as Associate Head Coach, offensive coordinator and wide receivers coach this off-season. He did not disappoint as he has his team in the Sun Belt title game. ULL won the SBC West crown last week by defeating rival ULM 31-28.

Louisiana has officially won the Sun Belt just once, in 2005, when it closed out the regular season with five straight wins and shared the title with Arkansas State and ULM. It also captured the crown in 2013, an honor that was vacated due to NCAA violations.

Key Player: QB Andrew Nunez eclipsed 2,000 yards passing during Louisiana’s 31-28 win over ULM last week. Nunez now has 2,051 passing yards and has tossed 19 touchdown passes this season. Nunez became only the second quarterback at Louisiana, since 2015, Anthony Jennings (2,178 [2016]), to throw for over 2,000 yards in a single season. With ULL being a top running team, look for Nunez to be key when he has to pass, which the App State defense will likely entise him to do.

Fantasy Bonus Baby: The Cajuns have three top running backs including Trey Ragas, Elijah Mitchell, and Raymond Calais. All have rushed for over 700 yards each and the combination has scored 26 touchdowns. Picking one of these three likely won’t be wrong in fantasy play.

Season Recap: The Mountaineers (9-2 overall) won the conference’s East Division, prevailing 21-10 against Troy in Boone last weekend to leave the two teams at 7-1 and advance via the head-to-head tiebreaker.

Appalachian State, Clemson (ACC) and Oklahoma (Big 12) are the three teams nationally with a chance Saturday to win a third consecutive conference title. Before the existence of a Sun Belt title game, Appalachian State shared league titles with Troy in 2017 and Arkansas State in 2016.

Key Player: QB Zac Thomas, who returned to Appalachian State’s lineup three games ago, led the Sun Belt during the regular season and ranks among the top 35 quarterbacks nationally in overall rating (13th at 79.9), passing efficiency (18th) at 156.5) and yards per completion (35th at 12.95). For the season, he has 18 passing touchdowns, eight rushing touchdowns (with two of 50-plus yards) and just four interceptions. Thomas has completed 138-of-217 passes for 1,787 yards this season. With App State strong running game, Thomas’ passing will be a key in this one.

Fantasy Bonus Baby: RB Darrynton Evans rushed for 183 yards an as the Mountaineers beat the Cajuns 27-17 earlier this season. He leads the Sun Belt in rushing yards per game (112.8) and all-purpose yards per game (151.0) in league outings. Besides his output against Louisiana-Lafayette the first time the teams played this season, Evans has had four other 100-yard rushing games. He also ranks third nationally with five runs of 50-plus yards. Look for him to have a similar game in this one.

Fearless Prediction: This game features the Sun Belt’s top two scoring offenses (Appalachian State’s at 37.3 points, Louisiana-Lafayette’s 33.7) and top two offenses in rushing yards per carry (Appalachian State’s ranked 10th at 5.773, Louisiana-Lafayette 11th at 5.766). With similar offenses, the game likely will come down to the defenses and this is where App State has the advantage. The Mountaineers allow 165 fewer yards per game than the Ragin’ Cajuns, and the discrepancy is most pronounced against the run—Appalachian State has allowed just 11 rushing touchdowns to ULL’s 30. Look for a similar result as the regular season one with App State winning fairly easily. Appalachian State 31, Louisiana 17