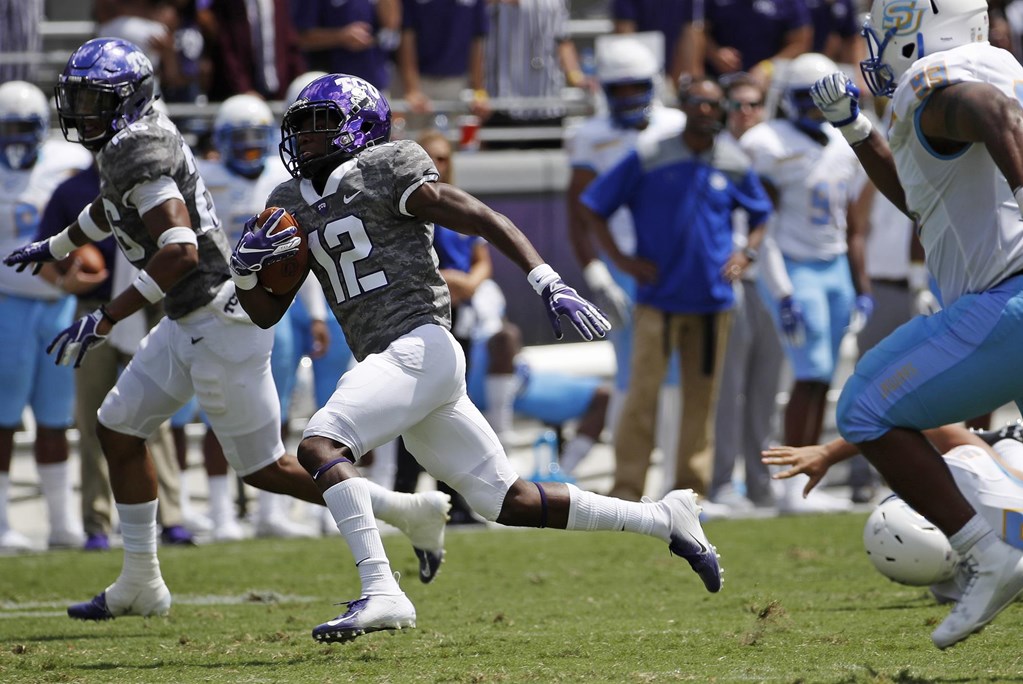 TCU makes the short trek across the Fort Worth-Dallas Metroplex for its first road game of the season when it travels to SMU. Four SMU coaches, including head coach Sonny Dykes, either went to TCU or were on staff with the Horned Frogs under TCU head coach Gary Patterson. TCU has won 10 of their last 11 matchups against SMU.

Key Player: DE Ben Banogu didn’t play much in the 55-7 win against Southern, but expect him to play a bigger role this week. Last year, he recorded 8.5 sacks and 15.5 tackles for a loss.

Fantasy Bonus Baby: RB Darius Anderson was the lead rusher last season when TCU beat SMU 56-36, and look for him to have a big role again this week as well.

SMU’s home opener is set for Friday, Sept. 7, against TCU in the Battle for the Iron Skillet at Gerald J. Ford Stadium. The Mustangs have won their last two home openers with victories over Stephen F. Austin (2017) and North Texas (2016).

Key Player: QB Ben Hicks threw for a couple of touchdowns in the loss last week to North Texas, and he’ll have to be at his absolute best if the Mustangs hope to upset the No. 16-ranked Horned Frogs.

Fantasy Bonus Baby: RB Braeden West had a terrific fantasy day last week with a rushing TD and a receiving TD and over 100 all-purpose yards. He could have another good statistical day, especially if SMU falls behind early.

Fearless Prediction: It seems unlikely that the Mustangs will pull off the upset in this Rivalry game. The Horned Frogs should be able to smother their Rivals fairly well, despite being on the road, as SMU is still trying to get their fast-paced offense on track. TCU 38, SMU 24.