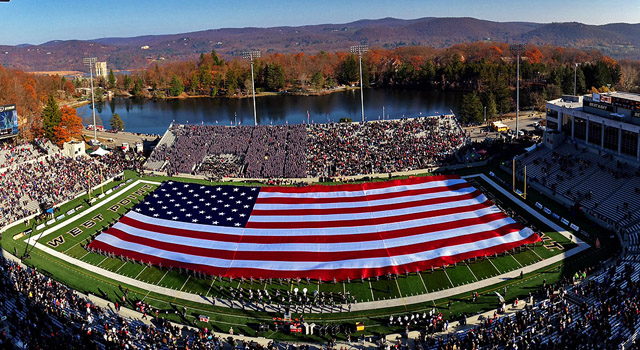 The Rainbow Warriors have been the suprise so far in all of the Group of Five schools. Hawai’i went just 3-9 overall last year and already has its third victory and looking for its first 4-0 start since 2007. That was the same season it went to the Sugar Bowl as the best G5 team that season.

Key Player: QB Cole McDonald has been the key to the offensive success thus far for Hawai’i. He has not thrown an interception in 120 career pass attempts including 111 attempts this season. McDonald is the nation’s leader in total offense, averaging 430.0 yards per game. He is also No. 3 in passing (388.3 ypg) and No. 8 in passing efficiency (197.1).

Fantasy Bonus Baby: WR John Ursua has returned to the UH offense without any lingering effects of last year’s season-ending injury, leading the team with 423 receiving yards and five touchdowns. Ursua posted his eighth career 100-yard game after finishing with nine catches for 133 yards and one touchdown against Rice. He had six catches for 105 yards and a TD in the first quarter alone. He currently ranks 5th nationally in receiving yards per game (141.0) and 6th in receptions per game (8.67).

The Black Knights are coming off a 38-14 win over Liberty to move to 1-1 on the season. That victory also marked Army’s third consecutive home-opening win. The running game got back on track for the Cadets when they ran for 449 yards against the Flames after gaining only 168 against Duke in their opening season loss.

After leading the nation in rushing just a year ago, the Black Knights are back in the Top-10 in that category after averaging 308.5 yards (8th nationally) over their last two games.

Key Player: FB Darnell Woolfolk returned to form last Saturday with two touchdown runs and 98 yards on the ground. He is the first line for the Army option attack and will look to break the line and then open up the outside pitch game.

Fantasy Bonus Baby: RB Calen Holt has been the Black Knights’ leading rusher with 126 rushing yards through two games. He also scored Army’s first touchdown against Liberty. Look for Holt to have a big game against the Rainbow Warriors.

Fearless Prediction: The two teams could not be more contrasting in offensive styles with the Rainbow Warriors run-and-shoot passing attack against the Black Knights option running attack. But one thing thing is this game start is 6:00am Hawai’i time and having to travel this far to the East coast (the second farthest trip ever for Hawai’i football) will take its toll. This game will be close but the home field and game time will help the Black Knights take this one. Army West Point 28, Hawai’i 24