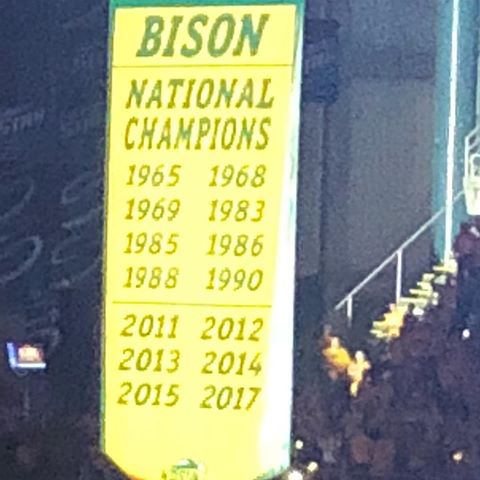 The Lions are in their transition year to Division I from Division II and so far, UNA has done well with two road wins over the Big Sky’s Southern Utah and the SWAC’s Alabama A&M. But now, the test gets very tough with its third straight road game against defending national champion North Dakota State.

North Alabama is an independent team this year, but will join the Big South Conference in 2019.

Key Player: QB Christian Lopez has thrown for 496 yards through two games and five touchdowns with just one interception and has rushed for an additional 95 yards and two more scores. For the Lions to pull off the shocker in Fargo, Junior Lopez and the rest of the team will need to be turnover free.

Fantasy Bonus Baby: WR Jakobi Byrd is emerging as a top playmaker for the Lions in his freshman season. He scored the winning touchdown in last week’s 25-20 victory over Alabama A&M as he made a great catch and run for the 30-yard touchdown reception. He leads the team with 13 catches for 160 yards and 3 scores through two games.

While NDSU and UNA only have played once before, the Bison are no stranger to UNA’s home in Florence, Ala. NDSU played in three NCAA Division II national championship games at Braly Stadium winning all three trips in 1986 over South Dakota 27-7, in 1988 over Portland State 35-21, and in 1990 over Indiana (Pa.) 51-11.

This game in the preseason seemed like it would not be very competitive with UNA in its first year of Division I transition but the Lions started out with two wins over FCS foes so this game may present more of a challenge than originally thought.

Key Player: QB Easton Stick may not put up the glaring statistics but is the key to the Bison offense. The senior was named to the 2018 Allstate AFCA Good Works Team®. This team was established in 1992 by the College Football Association, recognizing the extra efforts made by college football players and student support staff off the field. Stick threw for just 48 yards and ran for another 49 in the 49-3 opening win 49-3 over Cal Poly.

Fantasy Bonus Baby: RB Bruce Anderson rushed for a career-high 185 yards and two touchdowns in the opening round win. The senior is coming off a team-high 1,216 yards on 234 attempts and 12 touchdowns last year. Look for Anderson and fellow senior back Lance Dunn to see big ground game numbers in this game.

Fearless Prediction: North Alabama’s start in FCS has certainly gotten the attention of FCS fans, but that run will most likely end against the powerful Bison . UNA should be able to keep it close in the first half before North Dakota State’s size and depth eventually wear down the Lions. North Dakota State 48, North Alabama 21