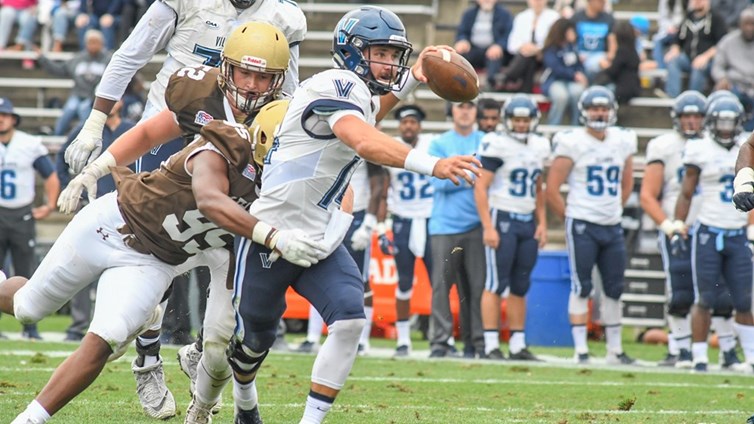 Towson is one of the forgotten teams in the CAA. The Tigers haven’t been to the playoffs since they appeared in the National Championship game in 2013. Despite being picked in the lower half of the CAA, Coach Rob Ambrose is looking to surprise the rest of the conference and return to the playoffs. The Tigers can score points. They won their opening game against Morgan State 36-10 and scored 20 in a loss against FBS Wake Forest in week two. Towson opens CAA play on the road at Villanova. For people to take them seriously they are going to have to start with a good showing against one of the top teams in the conference.

Key Player: QB Tom Flacco. Is Flacco Elite? That seems to be the question we hear. Oh, wrong Flacco? Towson’s signal caller is the younger brother of the Raven’s all pro quarterback Joe Flacco. For Towson to have a shot against Villanova, this Flacco is going to have to be elite. Flacco threw for 345 yards and three touchdowns against Wake Forest. He may not need to throw for 350 yards but Flacco will need to be extremely efficient against a strong defense.

Fantasy Bonus Baby: Flacco. The Tigers offense runs through Flacco. As he goes, the Tigers go. This is going to be a tight game but to win, Flacco will have to throw. Look for 250 yards and a couple of touchdowns. Anything less spells doom for Towson.

Villanova has had a strong start to their 2018 season. The Wildcats started with a win over FBS Temple and backed it up by shutting down a talented Lehigh offense. Villanova has shown that they will be a team that will be talked about in the CAA this year. Of course, the Wildcats will have to stay healthy, something they were unable to do last year.

Key Player: DB Rob Rolle Opposing teams generally don’t throw in Rob Rolle’s direction. Rolle will need to control the defensive backfield against a Towson team that wants to move the ball down the field in the air. If Rolle can produce an interception, or two, it will go a long way to helping Villanova secure another win.

Fantasy Bonus Baby: QB Zach Bednarczyk is healthy after missing most of 2017. So far in 2018 he has accounted for 469 yards passing and two touchdowns. The one thing he has not done yet is pitch in with the run game. He clearly has the ability, but has not needed to use that. There is no reason to think Bednarczyk wont be responsible for at least three touchdowns this week.

Fearless Prediction: This is a show me game for both teams in the CAA. Both want to be considered in the upper echelon and compete for a playoff spot. Towson is improving, but give this one to the seasoned Villanova roster. Villanova 35, Towson 20