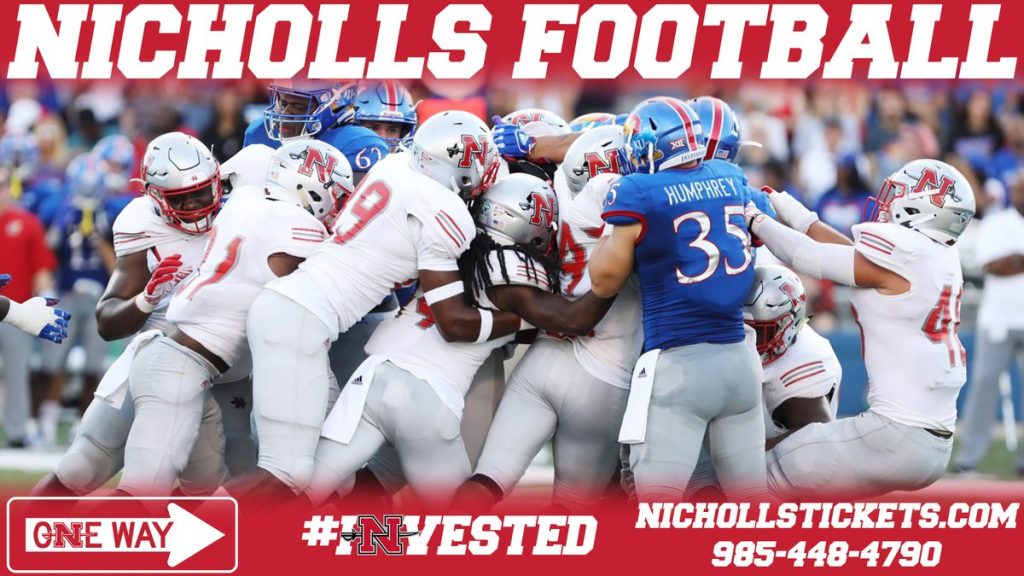 Nicholls State failed I their bid to win back to back games against FBS competition, falling to Tulane 42-17. The Colonels will look to get back on track in a tough Southland Conference road matchup at McNeese State.

Key Player: QB Chase Fourcade has started the season strong against 2 FBS teams. He has 381 yards passing and 97 yards rushing, accounting for 3 touchdowns. Fourcade scored the game winning touchdown in overtime in week one against Kansas. He will need to be efficient in the pass game, and run when needed to help the Colonels start 1-0 in Southland play.

Fantasy Bonus Baby: RB Kendall Bussey ran for 123 yards and a touchdown against Kansas but mustered only 52 on the ground against Tulane. Nicholls uses the run game to set up the passing game. Bussey should be more of a focal point in the Colonels offense this week and he has a chance to get over 100 yards.

McNeese State has started the season 2-0 and is looking with wins over Northern Colorado and Houston Baptist. Against a blowout win against HBU, quarterback James Tabary threw for 355 yards and 4 touchdowns. In week one, the Cowboys jumped out to a 17=0 first half lead before allowing 2 fourth quarter touchdowns and hanging on for a 3 point win. This week’s game against Nicholls will be a tight contest with Southland Conference implications.

Key Player: DL Cody Roscoe already has 4.5 sacks on the young seasons. The Cowboys will look to him to control the line of scrimmage to keep Kendall Bussey and Chase Fourcade in check. If he cant get pressure on the quarterback, the Colonels will be able to control the time of possession.

Fantasy Bonus Baby: QB James Tabary had a great game against Houston Baptist and he will have another good game here. This is going to be a tight game and McNeese will need Tabary to keep the offense moving.

Fearless Prediction: This game will come down to the last 5 minutes before a winner is decided. Both Nicholls and McNeese have already shown they can win close games this season. Whoever wins the time of possession battle and can control the clock will win the game. Kendall Bussey gives the Colonels the edge in this one. Nicholls State 27, McNeese State 24