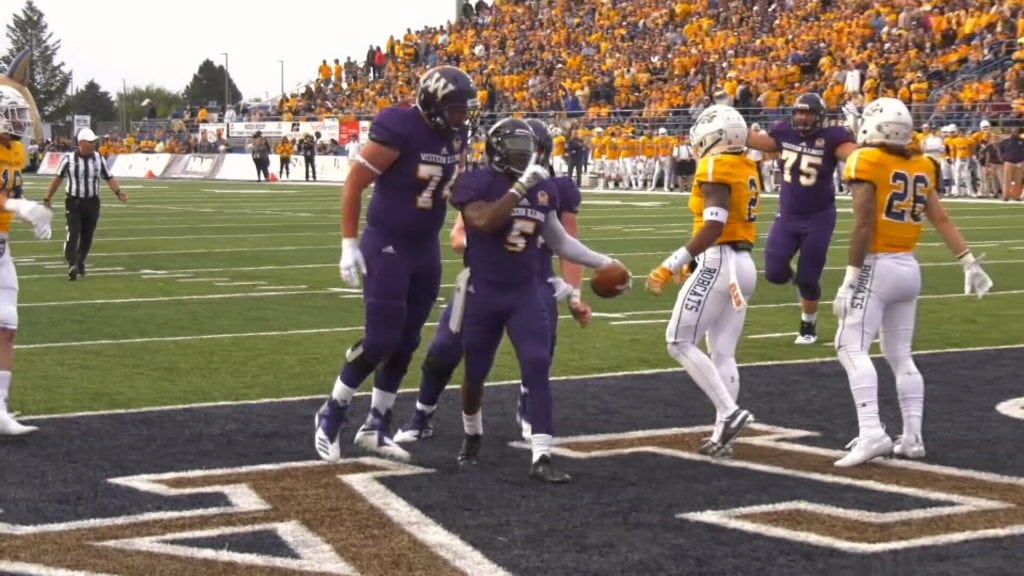 Montana improved to 2-0 on the season after putting up 38 second-half points in a 48-16 victory over Drake. The Grizzlies edged Missouri Valley Football Conference foe Northern Iowa, 26-23, during week one.

These two teams have not met since the first round of the 2003 NCAA Playoffs where WIU posted a 43-40, double overtime victory.

This is Montana’s first game on the road – a place the Grizzlies haven’t produced a winning record since 2013.

Key Player: LB Dante Olson has claimed back-to-back Big Sky Defensive Player of the Week honors to start the year, leading the team in total tackles (29), tackles for loss (4.5) and sacks (3). He will need to be to stop both the running and passing attack of the Leathernecks.

Fantasy Bonus Baby: QB Dalton Sneed and WR Jerry Louie-McGee are a toss-up for which one to pick. The pair has already connected for 18 receptions, 184 yards, and one touchdown through two games. Sneed is 57-86 throwing the ball with 526 yards and three touchdowns, and adds two rushing scores.

The Leathernecks have started out 0-2 with losses at Grizzly rival Montana State and to in-state FBS foe Illinois. This will be the home opener for Western Illinois.

Western leads the all-time series against Montana, 2-1, with their only matchup at Hanson Field occurring in the 1998 NCAA Division I-AA Playoffs. The Leathernecks won the game, 52-9, and the point total still sits atop WIU’s playoff records for most points and most points scored in a quarter (31).

Playing at Hanson Field has been a tough task for non-conference teams in recent years. The Leathernecks are 33-4 against non-MVFC teams since 1999, including a current 11-game win streak following a 1-0 record during the 2015 and 2016 seasons.

Key Player: QB Sean McGuire moved to second all-time in Western’s career passing yards (7,365) and touchdowns (55) after his performance at Illinois, where he played his first game of college football in 2015.

Fantasy Bonus Baby: RB Steve McShane has rushed for 104 yards rushing so far and has added 12 receptions for 66 yards. He has a total of three touchdowns in the first two games. Look for him to find the end zone again in this game.

Fearless Prediction: Montana has been a beast on defense so far this season but they have not played teams such as Illinois like WIU has. The Leathernecks will be the first real test from a good offense. Watch for special teams play as well as turnovers to be be the difference in this game. Both teams need a victory, the Leathernecks must win this game or go down 0-3. It is hard to believe that this will happen and the fact that this game is in Macomb. Western Illinois, 31 Montana 27