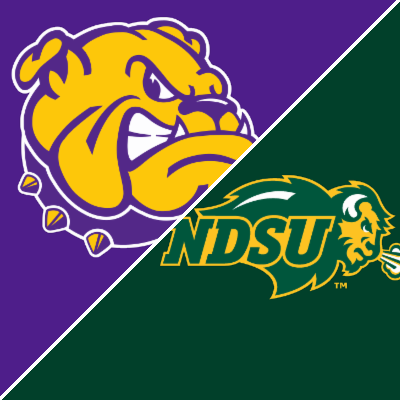 The Bison are undefeated and are coming off their first road game last week in a shootout win over Northern Iowa 56-31. NDSU has scored an average of 40.4 points per game this season so far and its defense, while it looked beatable last week, still has given up just 13.6 points per game.

NDSU has actually never lost playing in Macomb. The Bison are 5-0 in Macomb, but three of those victories have been one-possession games. Overall, NDSU holds a 7-2 edge in the series. The Bison erased a 12-10 halftime deficit to win 24-12 in Fargo in last year’s contest.

North Dakota State is facing back-to-back road games in MVFC play for the ninth time in 11 years. The Bison have won both trips in five of eight previous occasions including three straight years after 2017 victories at Indiana State and Youngstown State.

Key Player: QB Easton Stick still does not have the great statistics but the offense roles with his play calls and change-ups on the line. But the statistics did not allude Stick last week after throwing for four touchdowns and rushing for two more. Overall, he has thrown for 851 yards and nine scores on the season.

Fantasy Bonus Baby: RBs Bruce Anderson and Lance Dunn are the two-headed rushing monsters for the Bison. The Bison duo both eclipsed the 100-yard mark last week-Anderson (170) and Dunn (104). Look for the ground attack to again show up this week with these two to rush again for some big yardage.

The Leathernecks come into this game after falling at Illinois State 33-16 last week. WIU with three losses (others to start the season at Montana State and at FBS Illinois) may need to win this game to stay in the postseason chase.

The Leathernecks’ defense has allowed 345.4 yards per game so far this season, which ranks 30th in FCS. The offense surprisingly tallied just 277 total yards last week despite it being a veteran group.

NDSU is ranked #1 in all major polls and WIU plays its ninth game against the top ranked team this week. The Leathernecks have only won one of those meetings–a 14-0 shutout over Youngstown State on Oct. 3, 1998.

Key Player: QB Sean McGuire passed Paul Singer (1985-88) for the program’s records in passing touchdowns and passing yards–managing 8,269 and 64, respectively. So far, he has passed for 1,344 yards this season. He will need to keep drives alive with his passing for WIU to pull off the upset.

Fantasy Bonus Baby: RB Steve McShane is on the cusp of claiming a top 10 spot on the Leathernecks’ career rushing yards list. He cracked the top 10 in all-purpose yards and rushing touchdowns in the Leathernecks’ MVFC opener against Youngstown State, and currently sits seventh (3,194) and 10th (17) in the categories. He will likely be able to get some yardage possibly more in the passing game this week.

Fearless Prediction: On paper, this game should be an easy win for NDSU but as history tells us, WIU seems to play well at home to keep it close but has yet to overcome the Bison to win in Macomb but has won twice in Fargo. Look for this game to be close again but NDSU will scrap out a close win. North Dakota State 31, Western Illinois 24