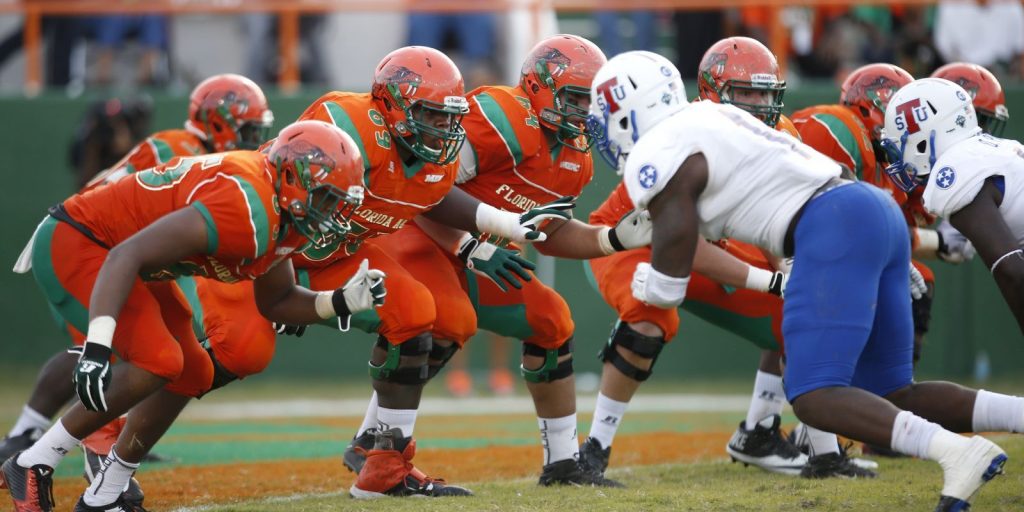 Welcome to November where the road to the Celebration Bowl has officially heated up. Last week in the MEAC we saw Celebration Bowl hopes take a major hit for Hampton and Norfolk State, conference front runner North Carolina A&T enjoyed a much needed bye. In the SWAC, Alabama A&M was left searching for answers after a 21-16 upset loss in The Magic City Classic at the hands on in-state rival Alabama State. Southern came out of Little Rock a 47-40 winner over lowly Arkansas Pine-Bluff in an emotional contest after the death of a well-loved staff member. This week there’s several must win games in each conference which will have major implications on who will be in Atlanta on December 16th. From here on out for Southern, Alabama A&M, NC Central, Howard, and North Carolina A&T every game from this point forward is a must win game. Let’s dive into the five most important games of Week 10 in the SWAC and MEAC.

This game very well could be the de facto Eastern Division title in the SWAC. Alabama A&M was upset in Birmingham a week ago by rival Alabama State in the Magic City Classic but their hopes of post season play still remain alive. The Bulldogs could only muster 221 total yards a week ago while playing musical chairs at the quarterback position. Oddly the game of musical chairs didn’t include freshman Aqeel Glass who was the two time SWAC offensive player of The Week earlier this season which has many in the Bulldog faithful asking why? The Braves of Alcorn are coming off of a bye week after the shellacking that they took two weeks ago at the hands of Grambling. The Braves played their worst game of the season two weeks ago turning the ball over seven times in a 41-14 loss. Saturday the Braves welcome in an Alabama A&M squad who people are still trying to figure out. The Bulldogs record wise look like a contender but when you look at the fact that the teams that they’ve beaten are a combined 4-19 on the season; The Bulldogs appear to be simply an attractive pretender. Many in the Bulldog faith have started to call for the head of Bulldogs Head Coach James Spady but if he can pull the upset in Lorman on Saturday, he may just buy himself another year. A win on Saturday will put Alabama A&M in the driver’s seat but a win by Alcorn State would clinch them the SWAC’s Eastern division title for the fourth year in a row!

A week ago the Pirates suffered their first conference loss of the 2017 season at the hands of Bethune-Cookman. This week the Pirates know that they must win to retain any hope of winning a conference title and post-season play. North Carolina Central finds themselves in the same exact position as Hampton which adds fuel to this match up. The Eagles know that they control their own destiny despite the loss two weeks ago to Norfolk State. North Carolina Central played their best game of the year last week in a 42-14 defeat of Delaware State, which means that finally the Eagles offense is clicking. Both of these teams come into Saturday’s contest with one conference loss and the loser on Saturday can just about cancel all hotel accommodations in Atlanta. This game will have a playoff type atmosphere in Hampton with the victor living to fight another day. NC Central freshman quarterback Chauncey Caldwell played his best game of the season a week ago completing 17of 29 passes for a season high 242 yards and 2 touchdowns. Caldwell will need a similar performance on Saturday for the Eagle to keep their post season hopes alive.

A week ago the Spartans of Norfolk State went into Saturday’s game against Savannah State with other things on their minds. On Friday night freshman defensive end Nicholas Jerome Ackies was shot and killed inside his apartment by a former Spartan JayQuan Anderson. Coach Latrell Scott said that his team was “out of it” last week against Savannah State but that he expected the Spartans to play inspired for their fallen team mate on Saturday when the 7TH ranked and unbeaten North Carolina A&T Aggies come to town. The Aggies have been a juggernaut most of the season but two weeks ago the Aggies needed a late game rally to slip past Bethune-Cookman. The Aggies are firmly in control of the number 1 spot in the MEAC while the Spartans need a win to have any chance at a conference title and post season play. 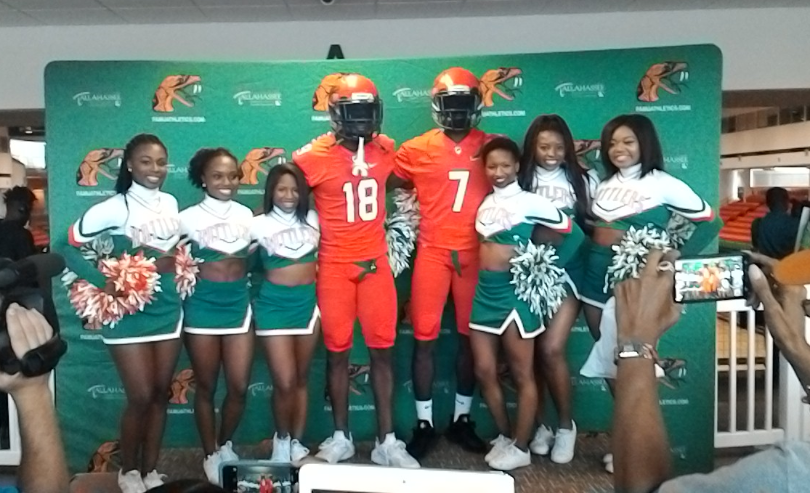 The Bison of Howard currently sit in the number 3 spot in the conference and is still in the conference title race just as long as they can keep winning. Mike London’s fabulous freshmen have had their ups and downs but they’re in the conference race in November which is a position that Howard hasn’t been in in almost 20 years. The Bison offense is ranked 1st in the MEAC behind sensational Freshman Quarterback Caylin Newton while the defense is ranked dead last in the conference but has improved tremendously over the past few weeks. Tallahassee is a tough place to win for Howard who has only won in Bragg Stadium 4 times in the last 25 seasons. Howard has one mission, which is to win out! In order to do this the defense must continue to improve which it has done the past few weeks. On the other end the Rattlers of FAMU look like they’re about finish below .500 for the 6th year in a row which could mean yet another coaching change for the Rattlers.

A month ago people were calling Prairie View the premier team in the SWAC! Since then the Panthers have been thumped by both Grambling and Alcorn State and now the Panthers sit at 3-4 and 3rd in the SWAC’s Western division. The Jaguars have rolled up nothing but wins since the loss on the Reservation to Alcorn State over a month ago. Right now the Jaguars control their own destiny to a conference title and Celebration Bowl berth. The wins may not have been pretty but they’ve been wins. Last week while preparing to face Arkansas Pine-Bluff the Jaguars loss a member of their support staff Dr.Debra Fountain, which was a tremendous loss. This had a tremendous impact on the players and staff during last week’s game. Now the Jags must refocus and prepare for Prairie View who would like nothing more than to end Southern’ s conference title and bowl game hopes. Quarterback Austin Howard is having an amazing year despite not being healthy a significant portion of the year. Running back Herb Edwards who’s already rushed for 645 yards and is second in the conference needs to have a big day if the Jags are to knock off the Panthers. Prairie View is coming into Saturday’s contest trying to improve after a lackluster performance a week ago against NAIA Bacone College. The Panthers could only muster 318 total yards and 13 first downs a week ago. A similar performance this week would spell doom for the Panthers. Its senior day in Baton Rouge and it’s a must win for Southern so I expect the Jaguar Nation to be in full effect on Saturday.