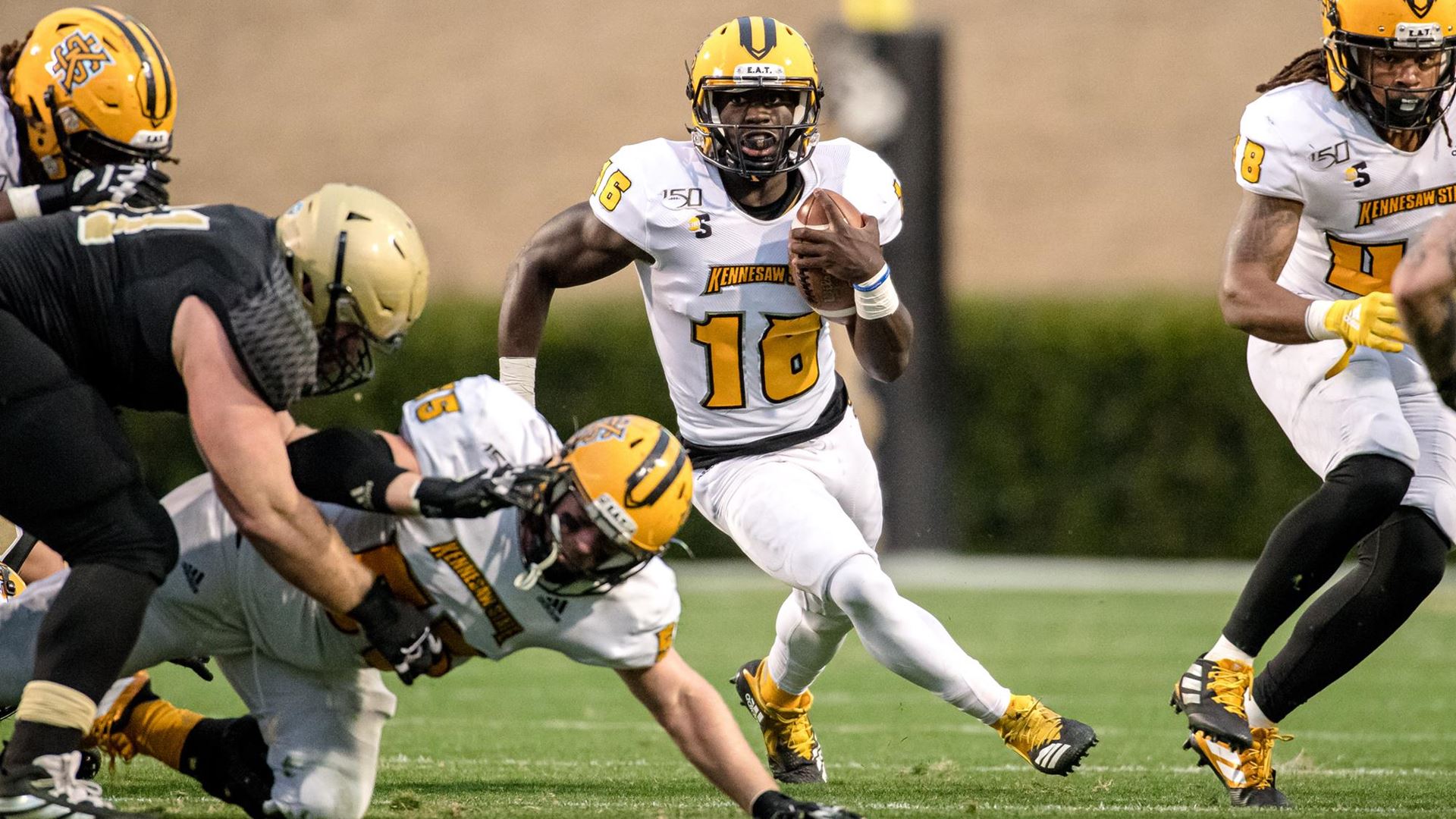 SPARTANBURG, SOUTH CAROLINA – It’s the nightmare scenario for any playoff team – seeing your starting quarterback go down midway through the second quarter with an injury. That’s exactly the scenario Kennesaw State found themselves in against Wofford, a battle between triple-option teams with hard-running quarterbacks.

To the delight of Owl fans, QB Jonathan Murphy was able to carve his name on the plank of champions as he rallied his team to a thrilling 28-21 win.

“Murphy came in today and did what we’ve seen him do in practice,” Kennesaw State coach Brian Bohannon said after the game. “He knew what to do. Now, he’ll be the first to tell you, you have to get your feet under him a little bit really quick. We know the kind of ability Murphy has. Nobody else does, but we’ve seen it in practice. It was exciting to see him get loose and do some things in the open field, but the best thing was he took care of the football.”

Just in case you didn’t get enough of Jonathan Murphy today.

👀 what the QB had to say after his record-smashing performance! #OneKS pic.twitter.com/bsC4lhnKyi

Two Wofford turnovers would loom large in this game.

The Owl defense grounded the Terrier defense, allowing only 111 rushing yards to the Terriers and forcing a critical turnover that ended up with Murphy’s game-tying touchdown, a 2 yard sneak to tie the game at 14 lead in the third quarter.

The second forced fumble came early in the fourth quarter, when LB Bryson Armstrong forced a fumble from Wofford RB
D’mauriae VanCleave. DB Cincere Mason picked up the loose ball and returned it to the Wofford 20 yard line, setting up the Owls with a short drive that also ended in a QB sneak for touchdown, giving Kennesaw a 21-14 lead.

“I was coming off the edge,” said Armstrong. “The flow was away from me. I was coming backside, and I saw him holding the ball with his right arm, and I just punched at it.”

“That’s the gutsiest, most relentless group of young men to go out and play a ballgame tonight,” Bohannon said. “That’s probably the best win since we’ve had football, considering the circumstance and the things around it.”

Kennesaw State will next travel to Utah in the second round of the FCS Playoffs to face off against Weber State.