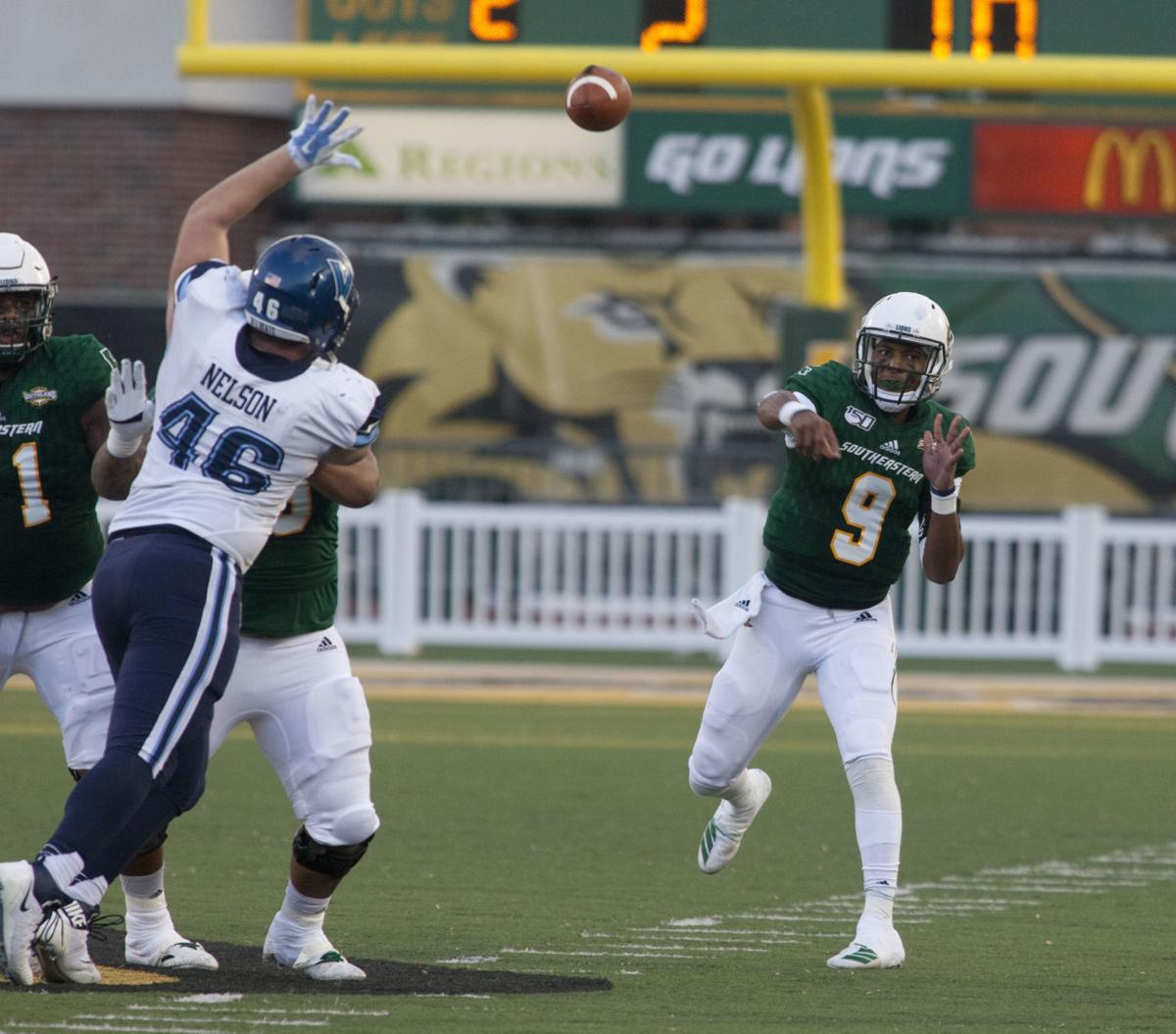 HAMMOND, LA – When the bracket was released last Sunday, many fans pointed to the Villanova/Southeastern Louisiana as the most potentially entertaining game and the one most likely to see a lot of scoring. The two teams did not disappoint, scoring a total of 89 points in a 45-44 Lion win that went down to the very last minutes of the game.

In the first half, it looked like Villanova was going to run away with it.

Daniel Smith was playing steady, but not spectacularly, while moving the Wildcats down the field. Villanova scored on all but one of its first half possessions. On the other side, Southeastern Louisiana’s Chason Virgil had an uneven first half ; and Cole Kelly threw an interception which was returned for a touchdown. All of that added up to a 31-14 Wildcat lead at halftime.

The offensive fireworks continued to fire in the second half, led by Virgil.

Villanova would score to go retake the lead, and then Malik Fisher stripped Virgil and Aaron Seigle fell on the loose ball at the Lion 29-yard line. However, the Lion defense stiffened and turned the Wildcats over on downs to get the ball back with just under 11 minutes left.

Virgil redeemed himself from his fumble and rallied the Lions on a 11 play, 65 yard drive, ending in Virgil finding WR Javon Conner for yet another game-tying score.

Villanova counter punched and responded quickly with a 4 play 75 yard drive that took less than two minutes off the clock. But PK Drew Kresge missed the extra point, leaving the door wide open for Chason Virgil and the Lion offense.

Seven plays and 75 yards later, Virgil did just that. Lions PK Brice Broussaed booted the extra point right through to give them a one point lead with just under three minutes left to play.

Villanova drove into Lion territory but fizzled out and turned the ball over on downs. It seemed like Villanova retook the lead one last time thanks to a highlight-reel grab by WR Jaaron Hayek, but an extremely questionable offensive pass interference call was made, negating the 40 yard touchdown grab.

The worst call in college football history. Replay the game or we riot

Virgil threw for 474 yards and three touchdowns as the Lions went over 600 yards of total offense. Villanova’s Daniel Smith threw for 285 yards and four touchdowns, while adding 90 yards on the ground and a rushing touchdown as well. Three SLU Lions had over 100 yards receiving (CJ Turner, Branson Schwiebel and Javon Conner) while Hayek led the Wildcats with 6 catches for 105 yards.

Southeastern Louisiana will travel west next weekend to take one Montana in what is one of the most intimidating venues of all of the FCS, Washington-Grizzly stadium.