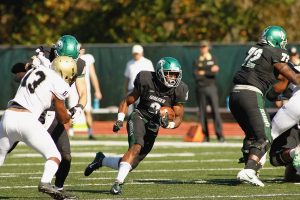 In years past, I would wait to try to figure out who might be in the FCS Playoffs in any given year. I would try to look at analytics, Top 25s, Sagarin ratings, the Massey ratings composite, and a ton of other things to try to project a sensible, common-sense FCS playoff projection that tried to take into account a variety of different factors.

This year? I’m throwing out the old playbook, ignoring all the old analytics and just going with the old-fashioned gut. The Sagarin ratings, at least for me, are out; the old eyeball test is in. Is research and knowledge overrated? Well, Virigina, we’re going to find out as I tackle a FCS Playoff Projection a full month and two weeks before knowing anything substantial.

As mentioned, my methodology is one of pure guts and eyeball tests. No math will be involved, I promise.

A quick recap of the rules for the ability to qualify for the FCS Playoffs: