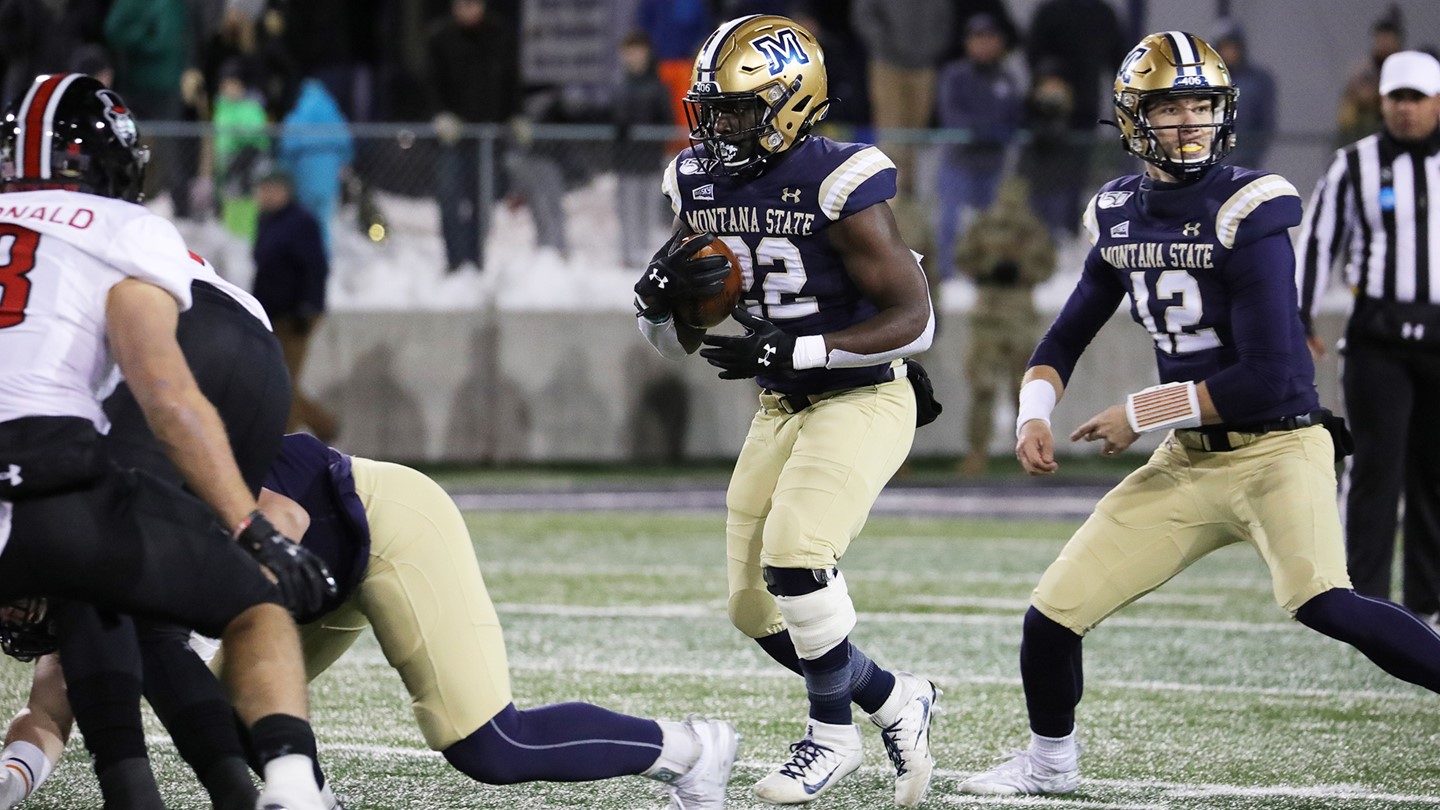 BOZEMAN, Mont. – The irresistible force met the immovable object and on this night the force prevailed.

Isaiah Ifanse rushed for 196 yards on the night, including a 60-yard scamper for the first points of the game as Montana State defeated Austin Peay 24-10 in the quarterfinal round of the Football Championship Subdivision playoffs in front of 14,017 fans on Friday night at Bobcat Stadium.

The win, MSU’s sixth straight, improved Montana State to 11-3 on the season and a berth in next week’s semifinal round against either North Dakota State or Illinois State. The winner of that game will play for the FCS national title next month in Frisco, Texas. Montana State has not advanced to the semifinal round since 1984 when the Bobcats went on to win the Division 1-AA title that season with a 19-6 win over Louisiana Tech.

Austin Peay, the co-champions of the Ohio Valley Conference, saw its history-making season come to a close against the Bobcats. AP claimed the OVC title for just the second time in school history and the first since 1977 and was appearing in the national playoffs for the first time ever. The Govs, who had won seven straight games heading into the clash in Bozeman, defeated Furman in the first round before knocking off No. 4 seed Sacramento State last weekend to advance to the quarterfinal round against MSU.

Ifanse’s electrifying run gave the Bobcats the early advantage. He broke a tackle near the line scrimmage before shaking loose and scampering the 60 yards to paydirt for the Bobcats. Tristan Bailey added a 45-yard field goal later in the first period to increase the MSU lead to 10-0.

Austin Peay cracked the scoreboard in the second quarter on a 38-yard field goal from Logan Birchfield to cut the lead to 10-3 at the intermission. The Governors managed just three first downs in the opening half and averaged a paltry 2.5 yards per play against a spirited Bobcat defense.

The second half was a near carbon copy of the first 30 minutes as the MSU running attack gained precious yardage seemingly at will. Austin Peay had entered the game with a defense that was limiting opponents to 90 yards per game, while the MSU ground game was rushing for more than 240 yards per contest.

That was just one of the many battles the Bobcats won on the night.

Brayden Konkol intercepted an Austin Peay pass to highlight the third quarter for the Bobcats. His play set up a five-yard scoring pass from Tucker Rovig to Kevin Kassis that extended the MSU lead to 17-3. Ifanse’s jump pass to 300-pouund Jason Scrempos from two yards out pushed the Bobcats to a 24-3 advantage and close the scoring for victors.

Austin Peay got a late touchdown on a pass from JaVaughn Craig to DeAngelo Wilson that covered 76 yards to pull the Govs to within 24-10 with 13:11 left to play. Any comeback hopes faded a short time later when MSU intercepted another Craig pass.

Ifanse’s 196 yards (26 carries) were part of a 279-yard rushing performance on the part of MSU on the night. Rovig, meanwhile, finished with 114 passing yards after completing 13 of his 20 attempts.