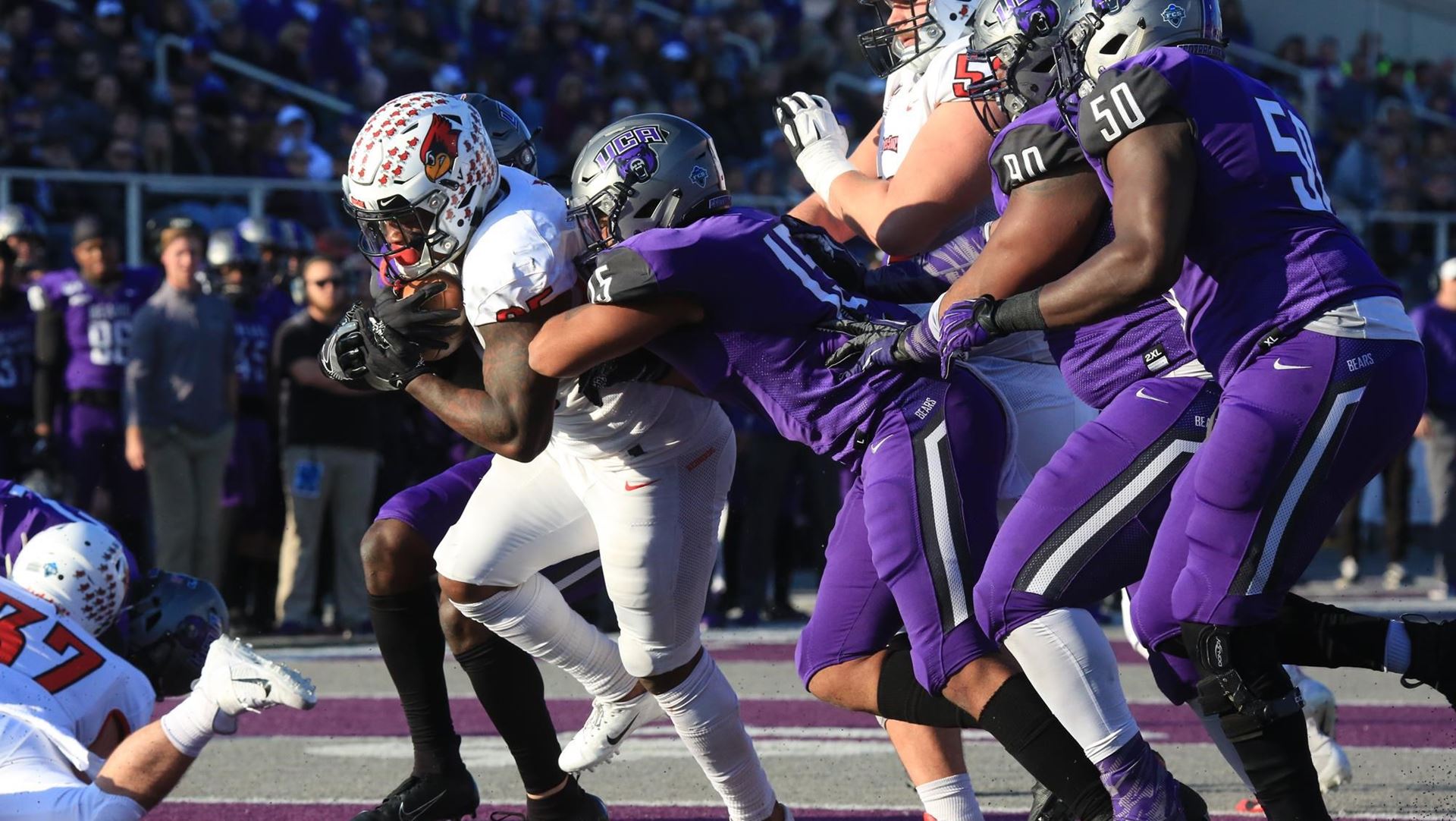 CONWAY, AR – Illinois State RB James Robinson followed up his 297 yard effort last week against Southeast Missouri State with a 210 yard rushing game against Central Arkansas, including two touchdowns as the Redbirds defeated Central Arkansas 24-14 in the second round of the FCS Playoffs.

After a scoreless first quarter, Illinois State (10-4) stuck first early in the second quarter when a jet sweep by WR Austin Nagel got some picture-perfect blocking to get a 7-0 lead.

On the Redbirds’ next series, Robinson would get loose for a 51 yard touchdown drive to make it 14-0 Illinois State midway through the 2nd quarter on a play that demonstrates tremendous blocking by the offensive line as well.

Central Arkansas (9-4) rallied together a long drive to cut the deficit to 14-7, ending with a 2 yard TD run by RB Carlos Blackman, but Illinois State would bounce right back with a 7 play, 69 yard drive ending with Robinson’s second score of the afternoon to make it 21-7 at half.

“He’s an extremely patient runner, and we knew that going in,’ said Central Arkansas head coach Nathan Brown. “He’s almost like a Leveon Bell. He has big guys in front of him and he kind of hides behind them and waits and sets up his blocks. Just impressive, an impressive young man. He did a great job within their scheme making yards.’

“This offense is difficult (to defend) and we had the quarterback (Breylin Smith) really rattled,” Spack said.

Robinson is now the only player in Missouri Valley Football Conference history with a pair of 200-plus yard performances in the FCS playoffs. Overall, Robinson has carried the ball 78 times for 507 yards and 3 TDs in two playoff games.

“We knew [the Southland] was a big passing league not many teams run the ball like we do against them so I liked our advantage,” Robinson told WJBC’s Craig Bertsche after the game.

Illinois State will next travel to Fargo, North Dakota for a highly-anticipated Missouri Valley football rematch against No. 1 overall seed North Dakota State. Kickoff is set for noon Eastern time and is scheduled for a national ESPN broadcast.