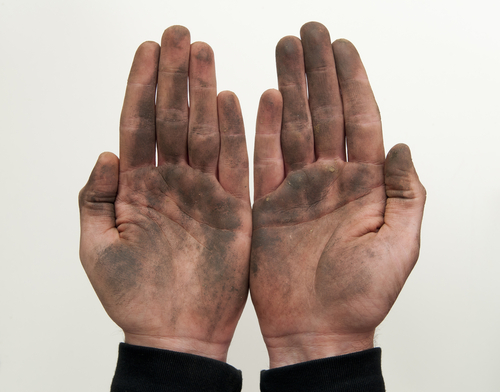 They should be called instead the “Unclean Sixteen.”

For proof, we can start with the 2018 federal probe into corruption in the sport of college basketball, whose existence was first revealed by Yahoo Sports and involved shoe companies, agents and payments of players.

An astounding eight schools in this year’s Unclean Sixteen – Duke, North Carolina, Kentucky, Michigan State, LSU, Auburn, Virginia Tech and Virginia – have had their names involved in this corruption scandal that has dragged on for more than eighteen months.

Detailed payments to players and their parents were unfurled in lurid detail, all touching in some way all seven schools.

LSU’s Will Wade, as a matter of fact, was suspended from his head coaching position in February when a wiretap surfaced that appeared to imply that he was in an illegal bidding war for a recruit.

And Auburn’s Chuck Person – himself an assistant coach at Auburn to Bruce Pearl, who was kicked out of Tennessee in 2011 after lying to the NCAA about improper benefits to players – was arrested for taking bribes to steer their student-athletes towards certain agents.

That Auburn’s Bruce Pearl and Kentucky’s John Calipari might have been involved probably shouldn’t have come as any surprise. Calipari’s entire career has been defined by him bringing teams like UMass and Memphis deep into the NCAA Tournament, only to have those appearances vacated later due to NCAA violations.

And North Carolina’s involvement might not be surprising either, given their involvement in a massive, staggering academic fraud scandal that makes many question the legitimacy of many degrees that came out of that institution, thanks to the phony easy courses that the athletics department steered their student-athletes into.

And although the mention of eight of the final sixteen schools’ names involved in this, still-unfurling pay-for-play scandal would be bad enough, but they aren’t the only ones that have been in the news for cheating or horrifying institutional behavior.

There’s Michigan State and the horrifying cover-up of sex abuse on that campus involving Larry Nasser.

There’s Florida State and their assistance in the cover-up of an alleged rape that happened on campus by star quarterback Jameis Winston, a case that ultimately was settled out of court rather than sent to trial.

There’s Texas Tech, who fielded 76 ineligible athletes back in 1997 and currently are embroiled in an acrimonious set of lawsuits with former football head coach Mike Leach, who alleges he was fired based on untrue allegations.

There’s Michigan, who famously under former head coach Steve Fisher was involved with a booster to “loan” money to star players like Chris Webber and Robert “Tractor” Traylor. Fisher would be fired from Michigan and Michigan’s 1992 and 1993 wins vacated, and Michigan basketball would be tainted through this association for decades.

There’s University of Houston, coached by former Oklahoma head basketball coach Kelvin Sampson. Sampson was involved with recruiting violations at two different schools – Oklahoma and Indiana – that ended with him getting a six year show clause effectively banning him from coaching college sports. As soon as his how clause ended, Houston called him up, and he has now helped guide the Cougars to the Unclean Sixteen.

In 1997 Purdue was found guilty of NCAA violations when men’s basketball assistant coach Frank Kendrick arranged for a $4,000 “loan” to one of their players, Luther Clay. It was their first-ever rules violation in any sport.

Even Gonzaga, the small-school phenom, has been hit by a scandal of a different sort. The basketball team’s chaplain and Gonzaga vice president had to resign amid revelations that he recommended a pedophile priest for a job at a Tacoma hospital three decades ago.

Men’s basketball has never been a squeaky-clean sport, but the amount of corruption, illegal recruiting and downright unethical behavior involving the schools in this year’s Unclean Sixteen is staggering in its breadth and its scope, encapsulating bribery, illegal payments to players and even covering up sexual abuse.

It’s beyond a nudge and a wink about violations. It’s impossible to ignore it’s enormity, the sums of money involved, the sheer variety of the different types of corruption and violations involved, and the lives impacted. Something needs to be done.