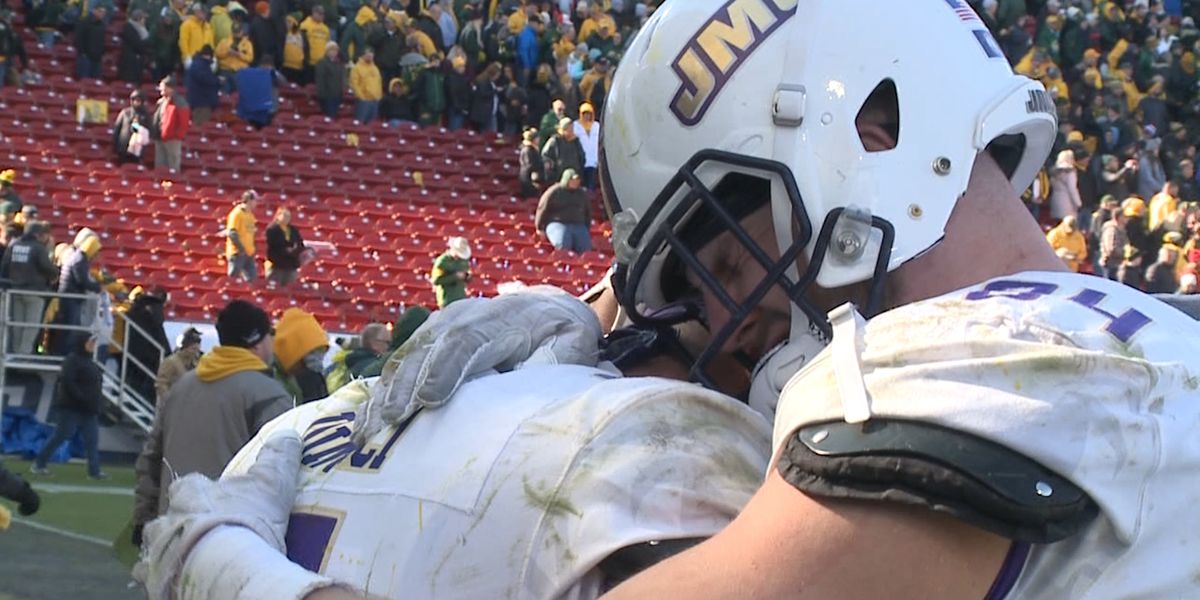 As a JMU fan and alum, it was tough to sit inside a cold Toyota Stadium this past Saturday and watch my team lose. What was even tougher was knowing that JMU lost because North Dakota State simply executed better.

Despite all that went wrong, the Dukes still had a shot to tie the game late. But, the Bison read the Dukes’ play perfectly and the game ended with an interception in the end zone.

The North Dakota State game plan was clearly to keep the ball in Trey Lance’s hands and take advantage of the Dukes’ aggression on defense. Lance carried the ball 30 times in the game, throwing only 10 passes.

When I look back at the game, there were three key plays that went the way of the Bison that wound up costing the Dukes the game. I’ll take a look at each of these three plays and how they impacted the game.

The teams had exchanged scores early in the game and at this point it was 14-10 North Dakota State, but the Dukes had the Bison backed up due to a penalty and a tackle for loss. On the 2nd and 20 play, Trey Lance attempted a run up the middle and was stopped by Ron’Dell Carter for a one yard gain. But, in making the tackle, Carter grabbed hold of Lance’s face mask and the officials threw the flag, giving the Bison 15 yards and, more importantly, an automatic first down.

Had the Dukes been able to face a 3rd and 19, there is a chance they can get off the field with a stop on third down and come up with good field position. North Dakota State was able to take advantage of the mistake and continue their drive which culminated in our next play.

For the first time in the game, James Madison had stopped the Bison on third down when they forced an incomplete pass. The JMU fans were back in the game for the first time since their opening drive. The Bison immediately sent out their field goal unit for a 37 yard try. Even with a make, the Dukes would still be within one score. But JMU had blocked six field goal attempts in the season.

When setting up to block a kick, the Dukes overloaded the left side of their formation. Matt Entz and his coaching staff had clearly seen this alignment and knew the Dukes were going to be aggressive and try to block the kick. James Madison lined up seven men to the left of their formation and had four to the right. The Bison had four players to the left. On the snap, the holder, James Hendricks immediate leapt up and ran left on a fake. The four Bison got good blocks on each of their assignments and Hendricks scurried into the end zone for a touchdown and a 21-10 North Dakota State lead.

Another great championship for the books 🏆

The Bison had worked their way into JMU territory down to the 31 with a first down when they tried a reverse to the speedy Christian Watson. John Daka sniffed out the play and dropped Watson for a 12 yard loss. On the next play, Trey Lance ran for a one yard loss setting up a long third down. This type of down and distance usually spelled the end of a drive for JMU opponents during the season.

On this occasion it was the end of the drive for North Dakota State but in a much different way than JMU was used to. Trey Lance took the snap and set up to pass. Surveying the field, the Dukes were in good coverage but left huge hole up the middle with the ends getting up field to challenge the pass. Lance hit the hole and ran left and went untouched into the end zone for a touchdown that provided the Bison an 18 point lead.

While James Madison would eventually cut the lead to eight and wind up with a chance to tie at the end, I feel that these three plays were the three that hurt the Dukes the most. If any of the three go the Dukes’ way, we may be sitting here talking about them as the National Champions instead of the Bison. As it stood, the Bison gameplanned effectively and executed better than James Madison and became the deserving champions.